While stationed in Afghanistan for seven months from 2011-2012, Keith Eichholz wrote reports about information gathered in the field for his Marine Corps officers and others in the intelligence community.

Five years later, that writing experience influenced him to pursue a degree in journalism at Grand Valley.

“I took that job very seriously,” said Eichholz, a Marine Corps veteran. “I had to sift through a lot of information and decide what was important and present it in a concise, easy-to-read document.”

Eichholz, a native of Battle Creek, is one of 442 student veterans and service members who attended Grand Valley during the winter 2014 semester. That number is up from 199 student veterans in 2009.

Steven Lipnicki, assistant dean of students, said the number of student veterans using Veterans’ education benefits increases almost every year, both locally and nationally. As of September 2013, there were nearly 22 million veterans in the U.S., including 680,000 in Michigan. 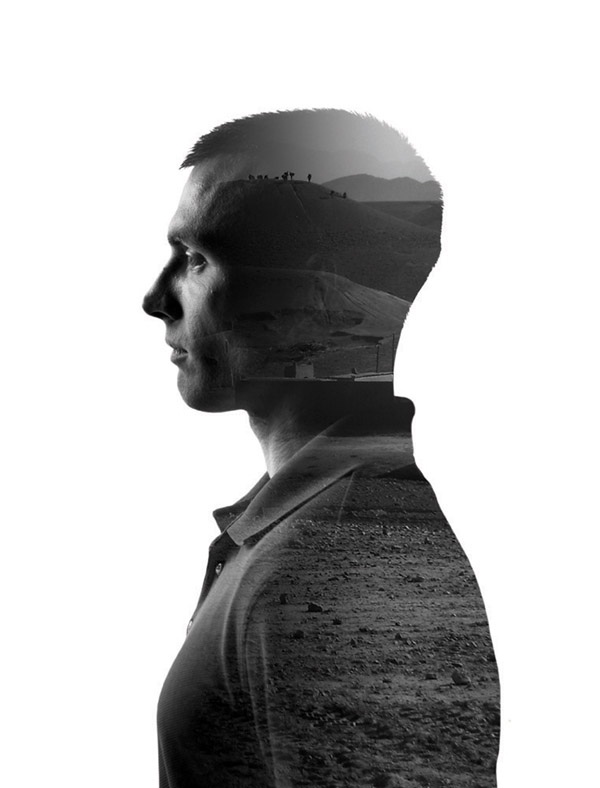 Keith Eichholz, a Marine veteran and Spanish linguist, is now majoring in journalism.

“We think this number will increase as more troops are pulled out of Afghanistan and a force reduction takes place,” Lipnicki said. “This will mean more people in units who are based in Michigan will be coming home and pursuing career opportunities.”

Lipnicki said it is important to have an established network of support services and resources for student veterans when they make the transition to higher education. He helped form the Grand Valley Veterans Network in 2008, when university leaders came together to talk about supporting student veterans on campus.

“Our goal is to look at all the best practices and meet as many of those as we can to best serve our student veterans,” said Lipnicki.

Simeon Switzer, former graduate assistant for the Veterans Network and an Army veteran, said it can take time adjusting to civilian life after serving in the military. “You come from a tight-knit community while serving, so often, you’re looking for that same sense of camaraderie at school,” he said. “Meeting student veterans through the Student Veterans of America chapter on campus gave me the opportunity to develop those relationships and helped me integrate myself in a university setting.”

Eichholz clearly remembers his parents’ reaction when he told them he was going to join the Marine Corps. “My mom thought I lost my mind and my dad had a look of fear in his eye, but about 10 seconds into my explanation, it clicked for him and he thought it was a good fit,” he said.

The cut-off age to become a Marine is 28; Eichholz joined when he was 27. “I was a nontraditional joinee, just as I’m a nontraditional student now,” he said. “I was having financial difficulties and had always been patriotic. I knew I wanted to be a Marine because I think they’re the most tradition-rich and disciplined branch.”

After boot camp, Eichholz spent six months at the Defense Language Institute in California learning Spanish, which became his MOS (military occupational specialty), and worked for two months in Guatemala as a linguist interdicting drug traffickers.

“A Marine’s motto is ‘honor, courage and commitment’ and I’ve carried those values into my classes.”
— Keith Eichholz

Eichholz said being in Afghanistan was the most intense time of his life. “Since my main job was reporting, I didn’t go outside of the wire, but my best friend Schwartz was out there,” he said. “The plane ride back home was very surreal. Schwartz was to my left and I just remember thinking, we just spent six months in Afghanistan and there’s my best bud and he’s A-OK.” 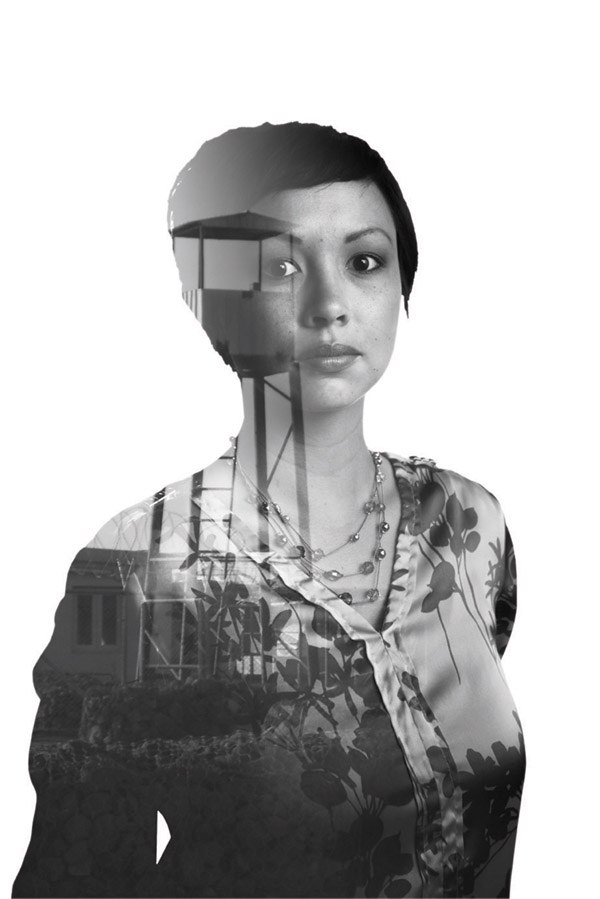 Tiffany Kim, a veteran of the Marines, served as a field radio operator for four years in five countries.

After five years, Eichholz had the opportunity to stay in the Marine Corps, but knew he had to pursue his passion of writing. His first semester at Grand Valley was in the winter of 2014.

While it can be challenging to take classes with students who are more youthful and haven’t had some of the same experiences as he has, Eichholz said the Marine Corps prepared him to succeed at Grand Valley.

“I was über excited to start taking classes,” he said. “A Marine’s motto is ‘honor, courage and commitment,’ and I’ve carried those values into my classes.”

This summer, he worked with the Office of Student Life to write stories for the “Do Something Guide,” a magazine that provides first-hand experiences of students at Grand Valley.

Tiffany Kim always had an urge to serve her country. The Caledonia native joined the Marine Corps in 2008 and served as a field radio operator (FRO) for four years in Japan, Australia, Uganda, Thailand and North Carolina.

“There are a variety of field radios, such as handheld, ones mounted on Humvees, and ones that are carried on backpacks. I had to understand each one and know how to communicate with people from different cultures and backgrounds,” said Kim.

The criminal justice major also spent six months in Djibouti, a country in eastern Africa, where she was a mission commander for two missions that had the objective of training 750 Djiboutian soldiers. “The soldiers were training for deployment to Somalia to combat the Al-Shabaab, a terrorist group affiliated with Al-Qaida. I taught them how to properly use radio communications and trained the nine female soldiers on tactical maneuvers,” said Kim.

Kim plans to pursue law school after she graduates from Grand Valley. She currently works for the Emergency Management Division of the Kent County Sheriff’s Department.

“I think the most important skill I learned in the military was how to communicate,” she said. “That skill has translated into my professional job and at Grand Valley.”

“There are people available to show student veterans how to translate military experience into civilian skills on a resume, which has been so helpful for me,” said Yeomans, an Army veteran and Grand Rapids native.

Yeomans said it took some time to adjust to civilian life. “Being involved on campus, especially with the SVO helps other student veterans transition to an academic atmosphere,” he said.

A family history of serving impacted his decision to join the Army in 2004. His great-grandfather, grandfather and uncle served in the military.

For five years, Yeomans was an infantryman with the 82nd Airborne Division out of Fort Bragg, a division located in North Carolina that specializes in parachute landing
operations. “You hit the ground like a bag of potatoes, but I love jumping out of airplanes,” he said.

Yeomans spent time in Iraq and Louisiana, where he provided support after Hurricane Katrina hit. 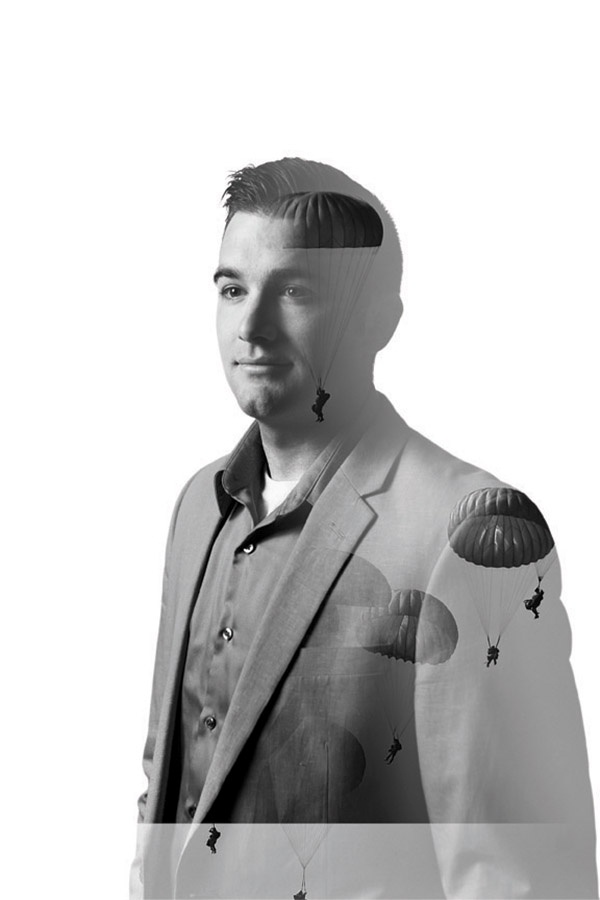 Kevin Yeomans, an Army veteran, served in the 82nd Airborne Division out of Fort Bragg and provided support during and after Hurricane Katrina.

“In the 82nd Airborne we would work in cycles. The division ready force required that you had to be ready to go anywhere in the world in 24 hours. We had that happen with Katrina,” he said. “We got a Green Corvette call, which means show up with your bags packed.”

During the first day in New Orleans, Yeomans assisted in rescuing a man and his dog. He spent a month in the area, helping residents, distributing supplies and serving as the platoon RTO (radio telephone operator).

Directly after, he was deployed to Iraq for 15 months. He performed route clearances to ensure routes were safe to travel and served on the security team for Provincial Reconstruction Teams, which are civilian-military organizations designed to promote social and economic development.


Page last modified April 21, 2022
Report a problem with this page