Neither Rome nor Laker volleyball was built in a day

Drawing a correlation between the Roman Empire and the makeup of the current Laker volleyball team was quite easy for head coach Deanne Scanlon.

Scanlon led her team and a Grand Valley contingent on a 10-day trip to Italy and Slovenia in late July. While in Europe, the Lakers played five matches, including against the Slovenian Under-23 National Team, and also enjoyed plenty of sightseeing.

Scanlon said the team marveled at ancient architecture while visiting sites like the Colosseum and Pantheon in Rome, and St. Peter’s Basilica and the Sistine Chapel in Vatican City.

“Roman history is, of course, incredibly epic and what we kept stressing was the commitment they had to building structures like that, and how it celebrated their culture,” Scanlon said. “That’s how we feel about our program. This is what we’ve built and it’s something you can pass on.”

The Lakers took their 2016 record of 15-14 into this season, which marks Scanlon’s 23rd season. They lost only one senior and welcomed three first-year players, who were included in the summer trip to Europe.

“We could have gone on this trip in May after our semester was over, but the high school seniors would have still been in school, so we waited until July,” she said.

Taylor Stewart, a junior from Macomb, said her favorite part of the trip was an excursion to Bled, Slovenia, a city nestled in the foothills of the Alps that features Lake Bled, with crystal-clear water kept that way because gas-powered boats are not allowed. 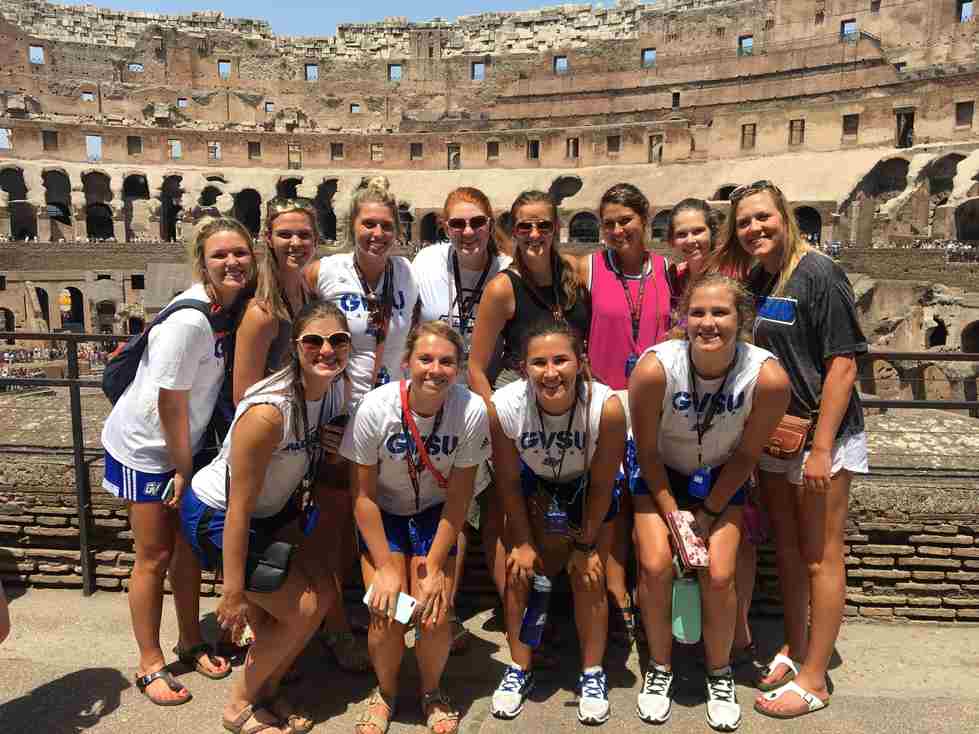 Members of the Laker volleyball team are pictured at the Colosseum in Rome during their trip to Italy and Slovenia.

“It was absolutely beautiful,” Stewart said. “It made me realize how small we are in this world, and made me appreciate the fact that all the problems we might be going through are so minuscule compared to the world we live in.” 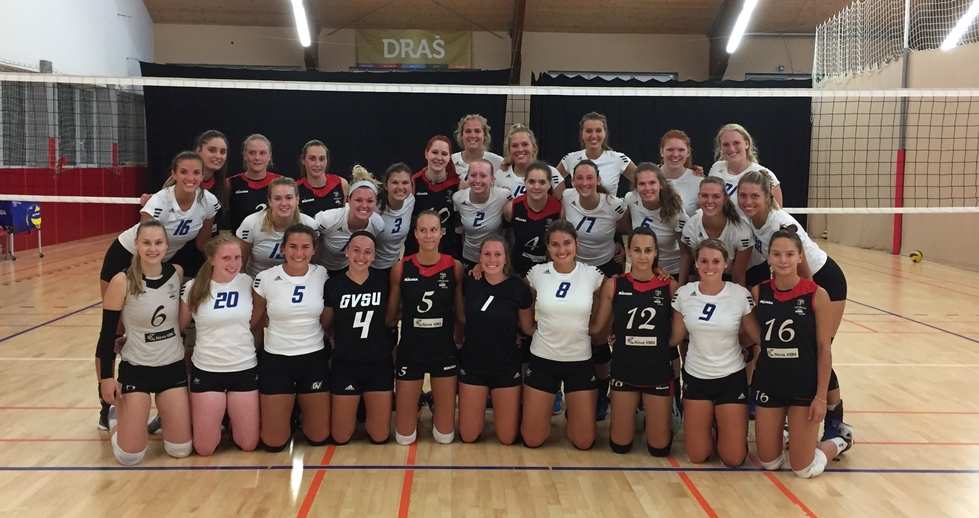 The Lakers dined with one of their opponents following their match. Stewart said she appreciated talking with the other team during dinner.

“We were able to exchange different cultural experiences and similarities,” Stewart said. “The time we spent with the teams was very eye-opening because they live such a different lifestyle than we do.”

Scanlon said that experience put their entire trip into perspective.

“We communicated well enough to enjoy a meal together. That was the whole purpose of this trip: to be outside your comfort zone while getting to know your teammates better,” she said.


Page last modified October 30, 2017
Report a problem with this page