Alumni use theater education to succeed in their professions

Some students enroll in Grand Valley’s theater program with grandiose ambitions of one day headlining Broadway, thanking their parents while accepting their first Academy Award, or obtaining platinum-album status.

Karen Libman, professor of theater, said most students simply come to the university with a passion for performing, but leave with a broader sense of what can be accomplished with a theater background.

“Some students may come in thinking they want to be a Broadway star, but most leave thinking they want a profession that encourages their creative and collaborative abilities and allows them to demonstrate their discipline and work ethic,” she said.

Theater teaches students crucial life and professional skills such as discipline, flexibility and time management, but Libman said, most importantly, theater shows students how they can positively impact the future.

“Theater teaches you what it means to be human, and that is what we need in order to deal with what will happen in the future that we cannot predict,” said Libman. “We need humans who understand humanity, hard work, problem solving and empathy.”

While numerous alumni have ventured into the world of theater and found success, many have also transitioned away from the field. That doesn’t, however, mean that they brushed aside the invaluable skills and knowledge obtained while working on- and off-stage as undergraduate students. Grand Valley Magazine caught up with four theater alumni whose careers took them down non-theatrical paths.

“Having a theater background has been a great asset as it allows me to interact with anyone without fear or stage fright.” Matthew Bryant, ’04 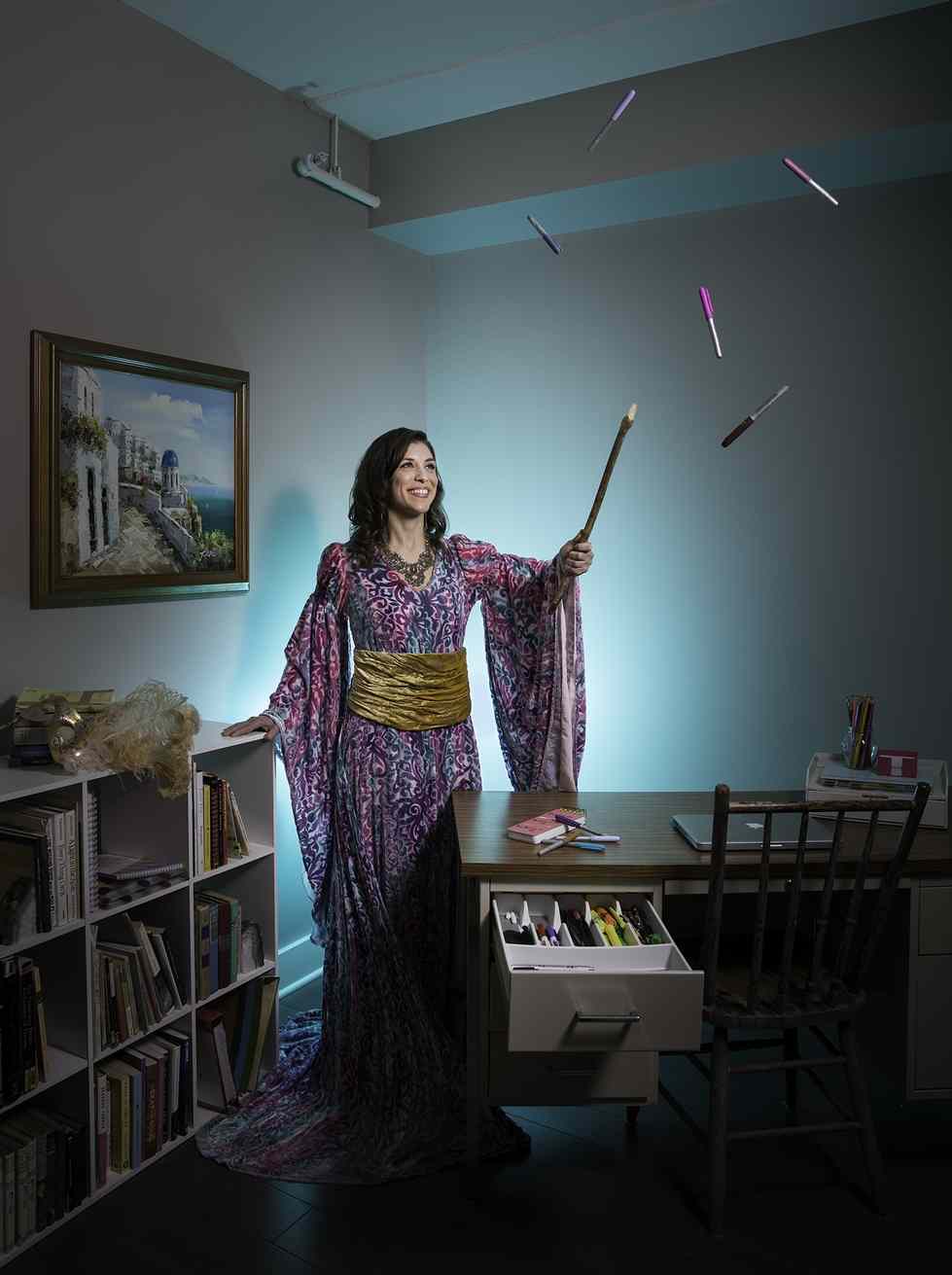 Melissa Fortino, ’03, applies many of her skills acquired performing on stage at Grand Valley to find success with her home/business organization company, Organized by Melissa. (Costume courtesy of Theater Department)
photo by Amanda Pitts

She recalled having an honest conversation with herself in 2012 about what she really wanted to do for a living, after spending her first 10 post-college years working in both theater and corporate America.

Fortino decided that she wanted to have a job that allowed her to help people, own her own business and do what she loves: organize. Her solution to this wish list was to launch Organized by Melissa, a professional organizing company.

“What I love most about organizing is helping people through the holistic healing power of purging and reorganizing, so that my clients’ homes become an oasis space that works for them and not against them,” she said.

She said her work with theater faculty and staff members equipped her with adaptability, a strong work ethic, confidence and the ability to speak in front of large groups of people.

“I recently had my first paid acting job in 11 years, and it reminded me that those skills, born from the broad application of being able to perform on stage, apply to not only the arts, but also to the business world,” she said.

It is essential that Matthew Bryant memorizes the many features of individual cars that he promotes to the public as a team leader for DriveShop, a national automotive marketing company. The Los Angeles resident said this aspect of his work is incredibly similar to memorizing his lines during theater productions.

“Having a theater background has been a great asset as it allows me to interact with anyone without fear or stage fright,” Bryant said.

Bryant recently worked with Kia Motors for the auto show circuit, which required him to memorize specs for about 10 different vehicles, such as engines, horsepower, price and fuel economy and trim levels.

He continues to flex his acting chops through his church’s performance and acting group, Change Performance Ministry. 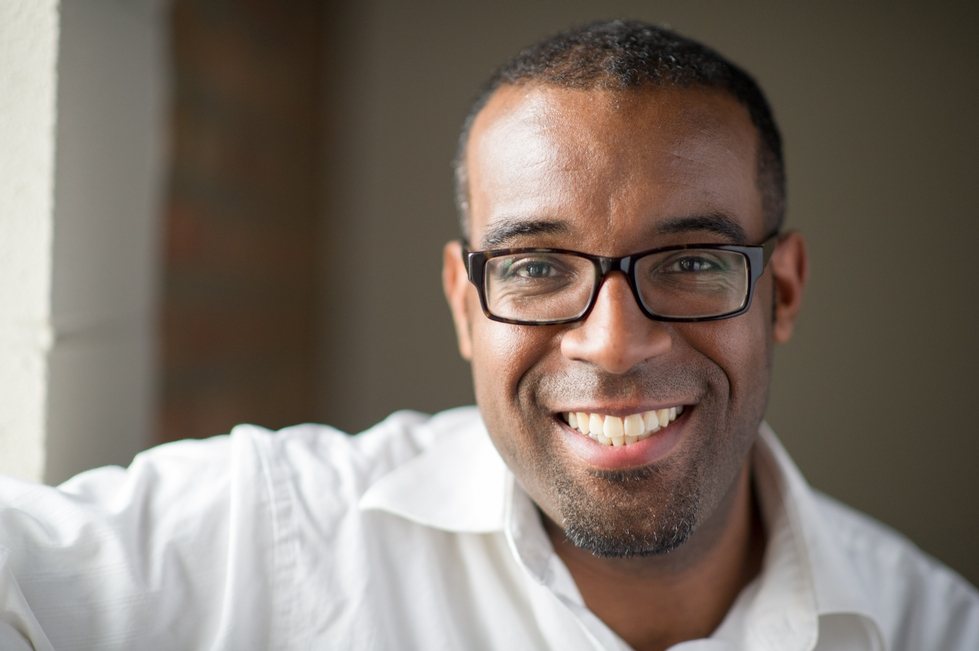 “Our goal this year is to put on a new performance each month, whether it involves video, staged readings or singing, and we also have sessions where we meet with stage managers and agents who work in Los Angeles as well,” Bryant said. “It’s a good community. We work together and support each other, which helps when trying to pursue acting in big cities.”

Bryant said his goal is to one day rejoin the professional theater world.

In her role at The Rainbow Connection, Megan Phelps said she works in “the business of happy.” The nonprofit organization, based in Rochester, makes dreams come true for children with life-threatening illnesses.

After graduating in 2007 with degrees in both theater and hospitality and tourism management, Phelps’ career path began as an apprentice at The Purple Rose Theatre Company in Chelsea, founded in 1991 by acclaimed actor and Chelsea native Jeff Daniels. Following a year in that role, she was offered a position in the company’s development office, which taught her about grant writing, board development and donor relations.

“That position made me realize that fundraising for an organization that does good work was the career path I wanted to take,” she recalled.

Phelps said she consistently uses the lessons she learned while performing at Grand Valley when developing major fundraising events for The Rainbow Connection.

“Every event that I plan is very much like putting together a stage production because I collaborate with other professionals for months to plan an evening of entertainment,” she explained. “I’ve also had to rely on my improvisation and spontaneous problem-solving skills because, as anyone in theater will tell you, it doesn’t matter if the lights won’t turn on, the sound doesn’t work, an actor is sick or a cue is missed — the show must go on.”

Phelps also credits her current professional successes to her exposure to many cultures as an undergraduate student. 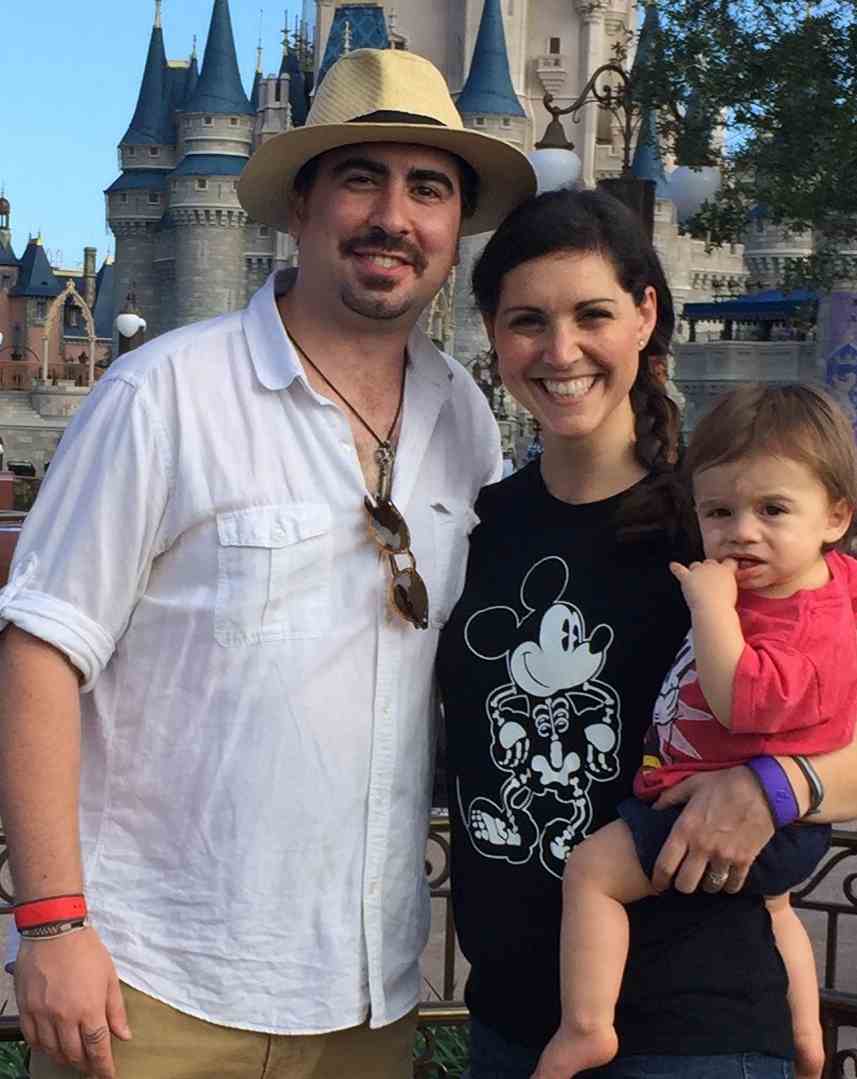 “Those past experiences have allowed me to better connect with the families we serve, donors we cultivate and volunteers we recruit. I am able to more readily place myself in their shoes, which helps me anticipate their needs and serve them better,” she said.

Theater skills aren’t all that Phelps gained while at Grand Valley — she also gained a husband, whom she met through the theater program. She said they adore putting their theater knowledge to good use playing “make believe” with their 1-year-old son, Jack.

Aaron Sohaski said that Libman gave him a piece of sage advice while at Grand Valley that he still applies to his life.

“Karen told me, ‘If your characters come close to each other, it is a kiss or kill moment.’ That means you should only have your actors move if there is a legitimate purpose,” he recalled. “It is silly to have them moving just for movement’s sake. In real life, we do not move unless we have a purpose.”

A purposeful move for Sohaski was attending law school.

“I have always been fascinated by the rule of law and how law shapes our society,” he said. “To attend law school, your background could be in any discipline, and I was passionate about theater. I knew my theater background would only further my oral communication skills.”

In his current role, Sohaski examines a variety of contracts, from government to private, to ensure that Henry Ford Health Systems remains compliant with various rules and regulations.

He said that his previous experiences collaborating with diverse groups of people in theater continue to help him today. 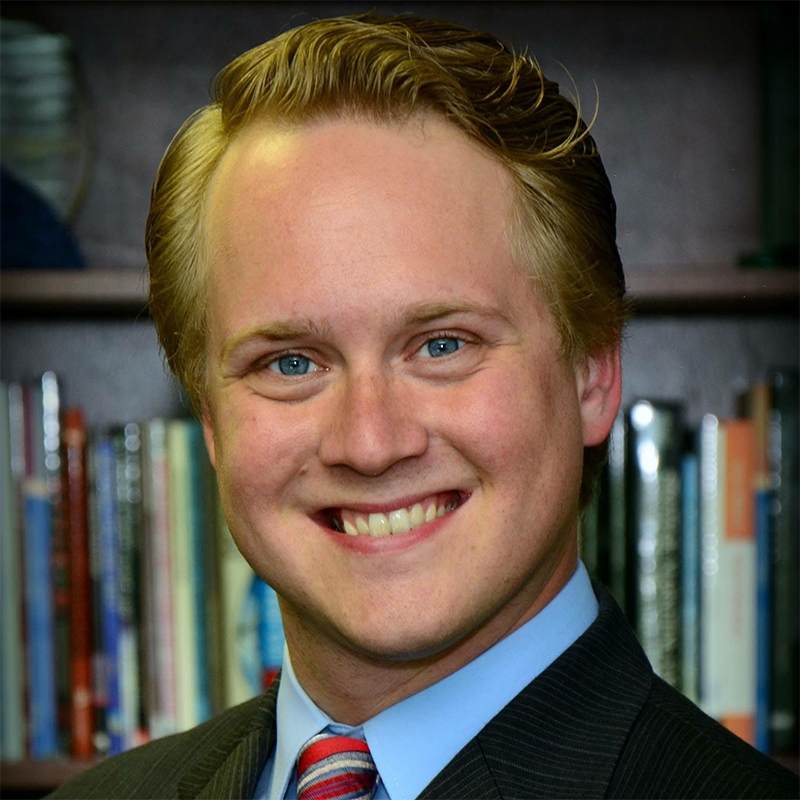 “I sit down with teams of people, whether they are hospital administrators, doctors or attorneys, to look at potential hurdles and opportunities for the health system,” he explained. “We collaborate as a team, much like actors do night after night, to solve our problems. Having many stakeholders at various levels of understanding, it is my job to communicate concisely and consistently so everyone is on the same page, much like delivering lines from a script or monologue.”


Page last modified June 6, 2017
Report a problem with this page