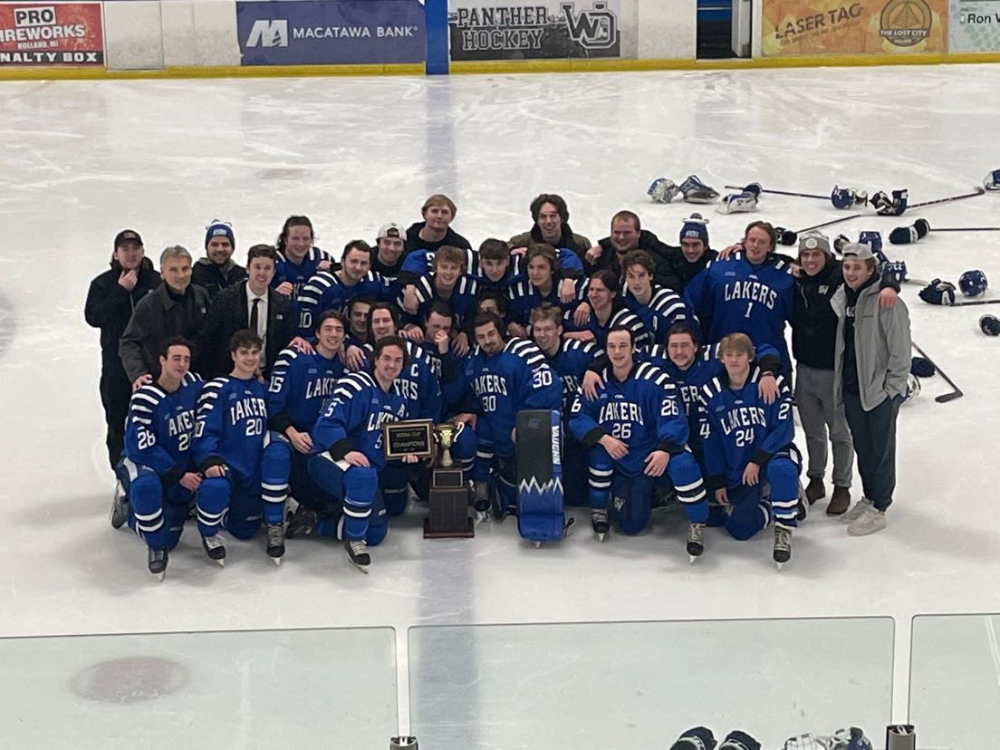 The men’s Division 1 hockey club beat Davenport, 6-5, in double overtime to win the Great Lakes Collegiate Hockey League tournament in its first year in the league.