Did you know you can reserve a room in the Detroit Center? Reserve now!

GVSU in the Heart of Downtown Detroit

The Grand Valley State University Detroit Center is the central hub for university activity in the heart of Michigan's largest city. The Detroit Center is available to hosts workshops, seminars, professional development, and other large gatherings.

Are you a Detroit-area student and need a place to work on a project, write a paper, study for tests, or read in a quiet, academic setting? The Detroit Center is available for personal study sessions or computer lab use. for all your study needs with rooms available to reserve. You can reserve a space right now in a classroom or computer lab any Monday through Friday between 10 a.m. and 4 p.m. We look forward to seeing you here soon!

The GVSU Detroit Center is adhering to COVID-19 protocols. For more information, please refer to the GVSU COVID information page.

Located next to the Detroit Athletic Club and across from the street from Comerica Park, the Detroit Center is at the center of Michigan's largest city

Parking is available at the GVSU Detroit Center. However, the parking lot is not owned by GVSU. Please be aware you will need to pay for parking.
Parking Fee is $10.00 (Credit Card Only).
For more information, download the Detroit Parking App. 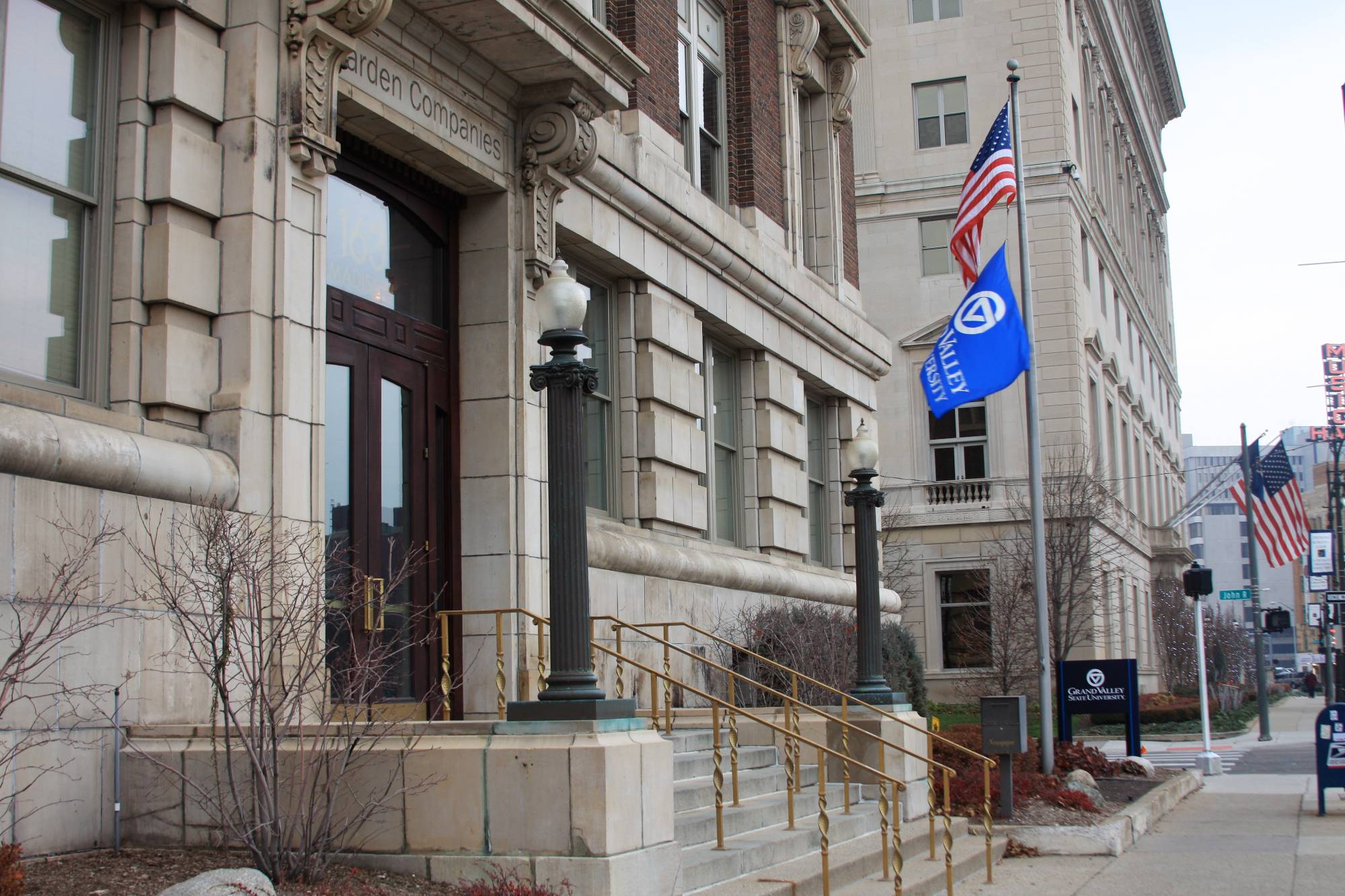 The building was designed in 1907 by the Detroit architectural firm of Stratton & Baldwin as a Renaissance Revival building with Modernistic tendencies. 163 Madison is constructed of rusticated light gray masonry with brick upper floors. The heavy terra cotta molded frieze of the parapet wall is supported by four two-story pilasters and the building is topped by a double-arched cupola.

In 1923, 163 Madison was sold to Michigan Mutual Life Insurance Company and in 1935 became the home office of Michigan Mutual Liability Company. In 1951, it was purchased as the headquarters of the Jewish Welfare Federation of Detroit. The building was dedicated in memory of Fred M. Butzel, a founder of - and major contributor to -the Jewish Welfare Federation of Detroit.

In 2000, the building was purchased by Don H. Barden. A philanthropist and community leader, Mr. Barden was instrumental in organizing a series of regional economic peace conferences to address Detroit's crime problem, national reputation, and need for economic development.

The Barden building was purchased by Grand Valley State University in 2012. 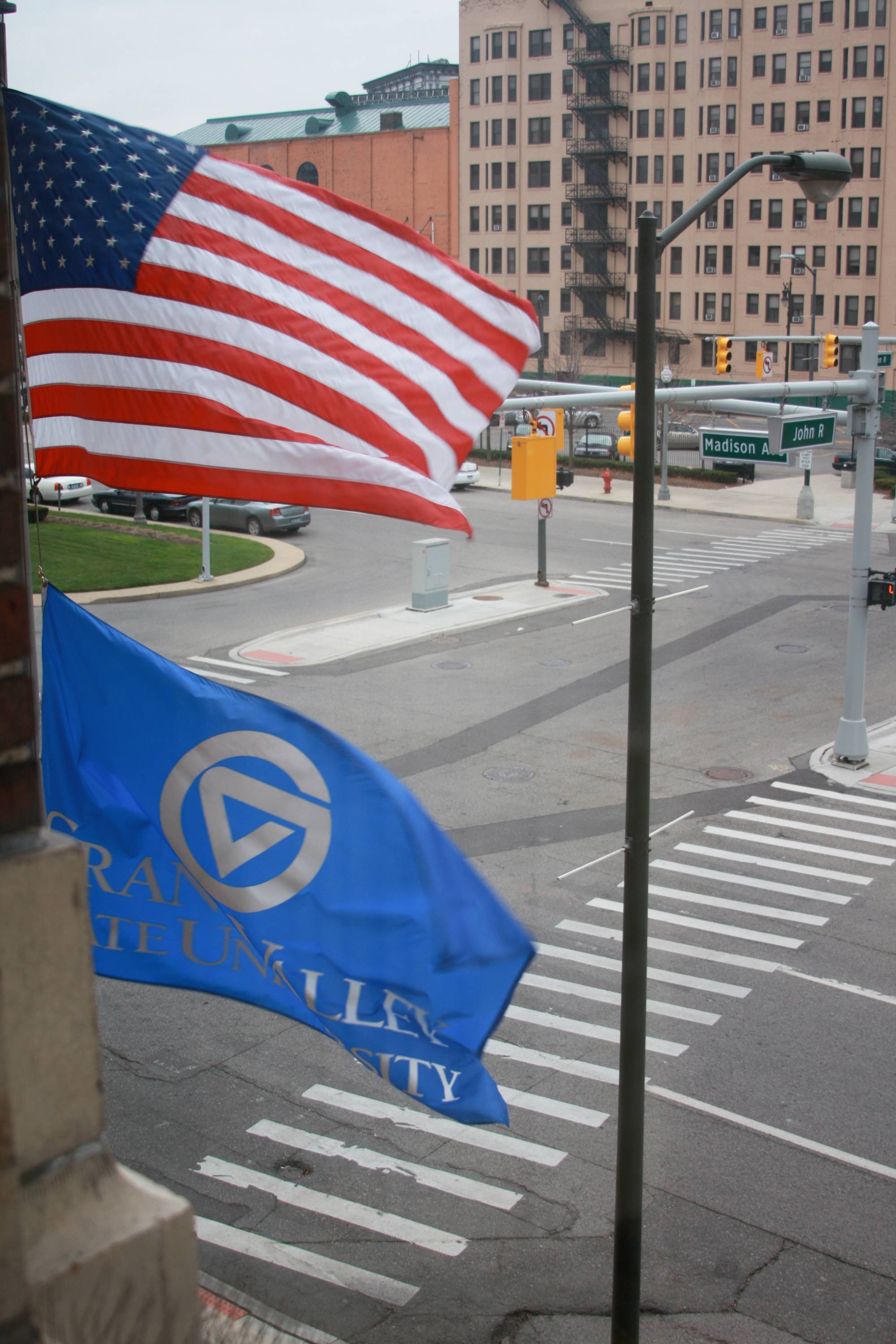 The GVSU Detroit Center is available to all faculty, staff, and students of GVSU. 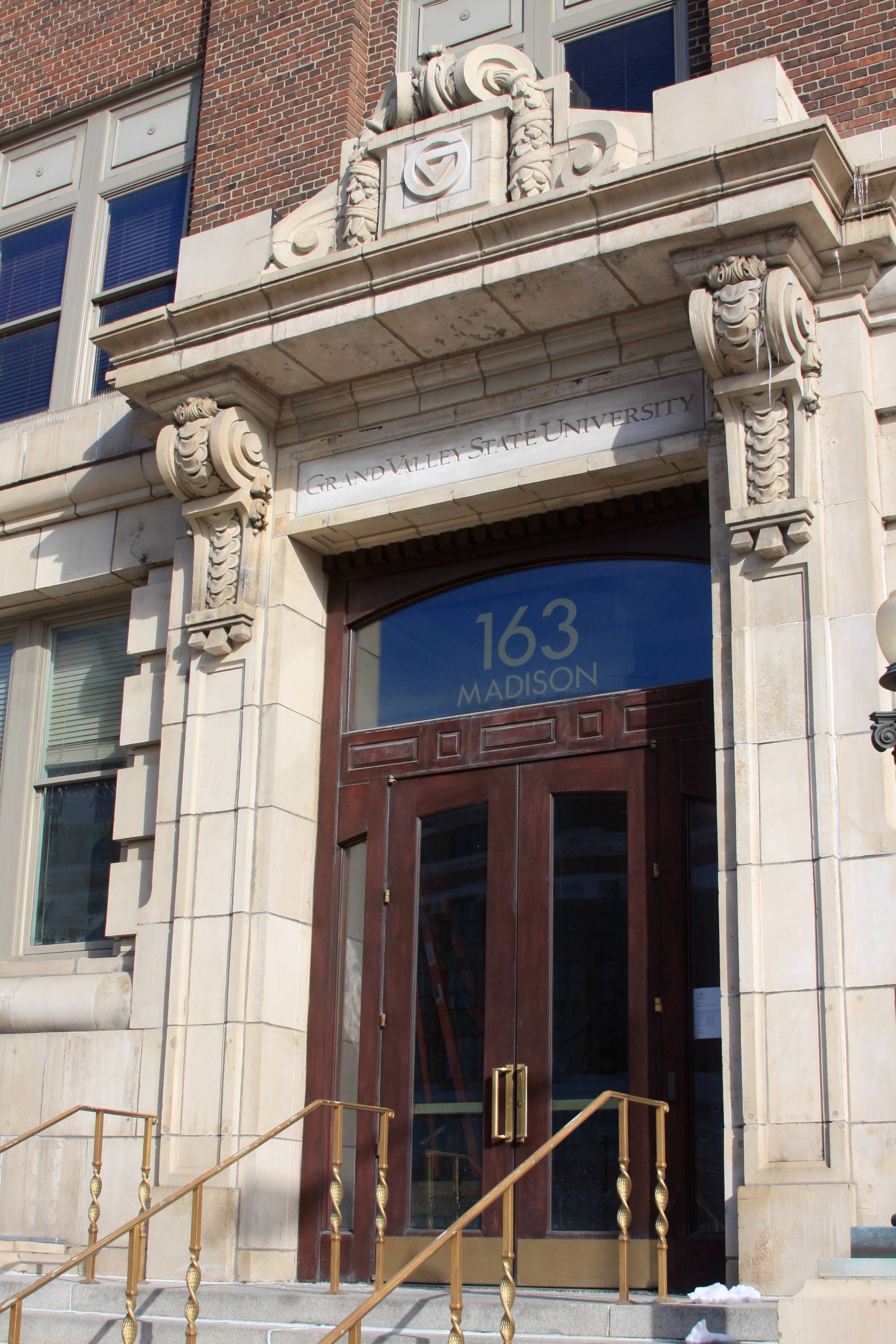 Located on Madison Street, the GVSU Detroit Center is in the heart of downtown Detroit. 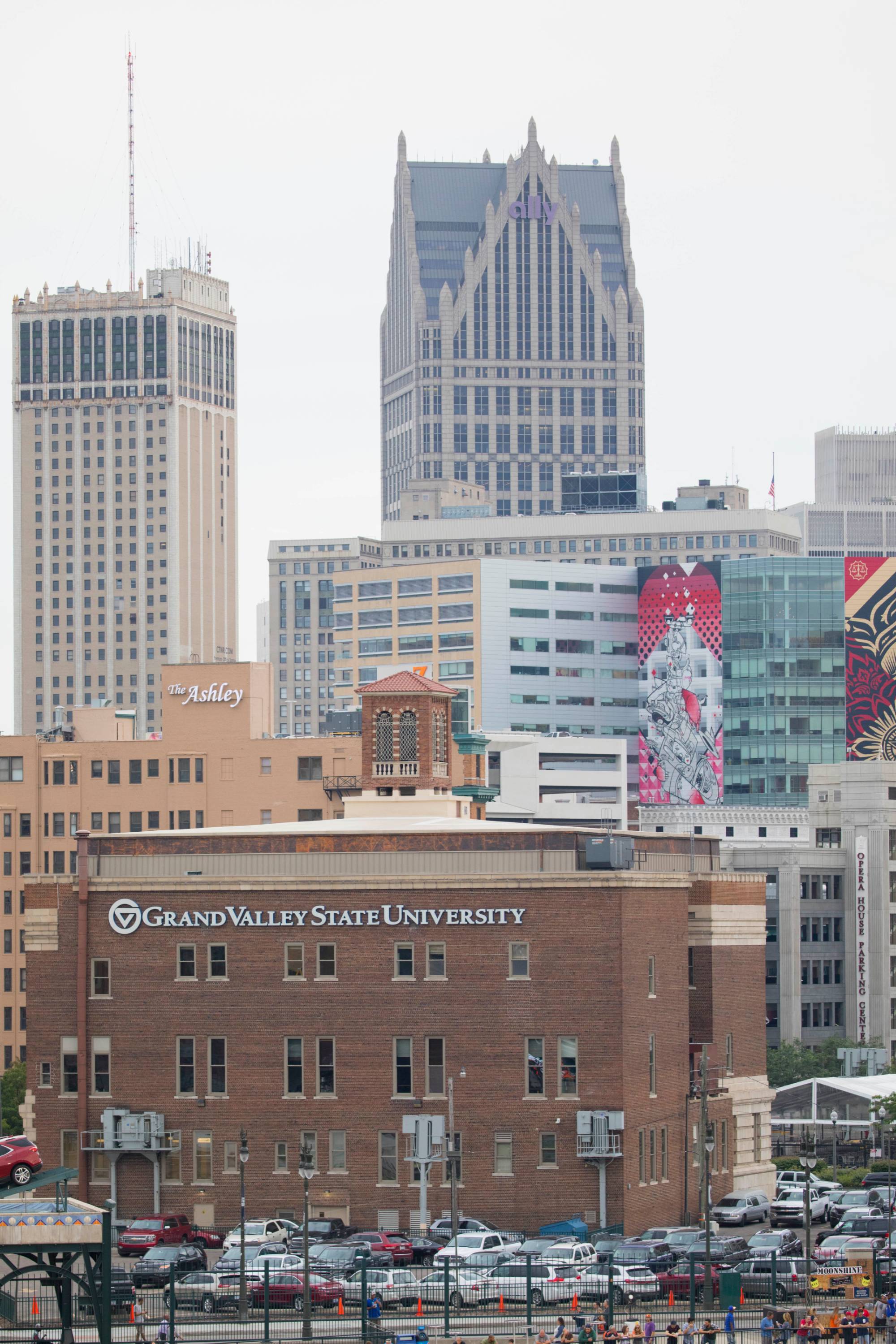 Formerly known as the Barden Building, the GVSU Detroit Center is next to Comerica Park, home of the Detroit Tigers.

There are no upcoming GVSU Detroit Center Events at this time


Page last modified November 9, 2022
Report a problem with this page