Muskegon Lake’s Area of Concern (AOC) designation in 1987 through the Great Lakes Water Quality Agreement was due in part to ecological problems caused by industrial discharges, shoreline alterations, and the filling of open water and coastal wetlands. Historic sawmill debris, foundry sand, and slag filled 798 acres of open water and emergent wetlands in the AOC. As of 2004, approximately 65% of the shoreline was hardened with wood pilings, sheet metal, and concrete; restoration activities in the past decade have reduced that percentage, although direct comparisons to 2004 are difficult due to the change in shoreline length from rising water levels. The shoreline hardening resulted in the loss and degradation of shallow water benthic communities, isolation and fragmentation of coastal wetlands, and the associated degradation of water quality and fish and wildlife populations. The diversion of wastewater effluent from directly into the lake to the Muskegon County Wastewater Management System, combined with a growing awareness of Muskegon Lake’s value as a community asset, has resulted in improvements in the lake’s ecological health. However, shallow water benthic communities remain degraded. Fish and wildlife populations, including lake sturgeon, walleye, white bass, and various species of reptiles, amphibians, and water birds, have been impaired by the loss of habitat.  Additionally, total phosphorus (TP) concentrations have declined dramatically from its pre-Clean Water Act levels; however, TP levels have increased slightly the past few years, and data from the Muskegon Lake Observatory indicate that mid-summer hypoxia in the lake may be inducing phosphorus release from the sediments. The goal of this project is to evaluate the current status of both littoral habitat regions in Muskegon Lake that underwent restoration in 2009-2010 with funding from NOAA through the American Recovery and Reinvestment Act (ARRA), and additional sites that were funded through the Great Lakes Restoration Initiative and NOAA’s Restoration Center.

In 2019, the Steinman and Ruetz Labs at AWRI assessed two reference sites and several previous restoration sites in Muskegon Lake and nearby watershed sites in the recently restored Bear Creek wetlands and Veterans’ Memorial Park in the Muskegon River. Data were compared to earlier pre- and post-restoration data, when available, to assess the short-term and long-term success of fish and wildlife habitat restoration and to provide documentation in support of Beneficial Use Impairment (BUI) removals, which is necessary to delist Muskegon Lake as an AOC. Parameters sampled include macrophyte communities, macroinvertebrate populations, fish populations, benthic sediments, and water quality.

In 2020, the Steinman Lab collected cores sediment cores from pelagic (open water) and littoral (nearshore) zones in order to measure sediment phosphorus release and fractionate sediment-P to determine which sediment fraction contains the most P. 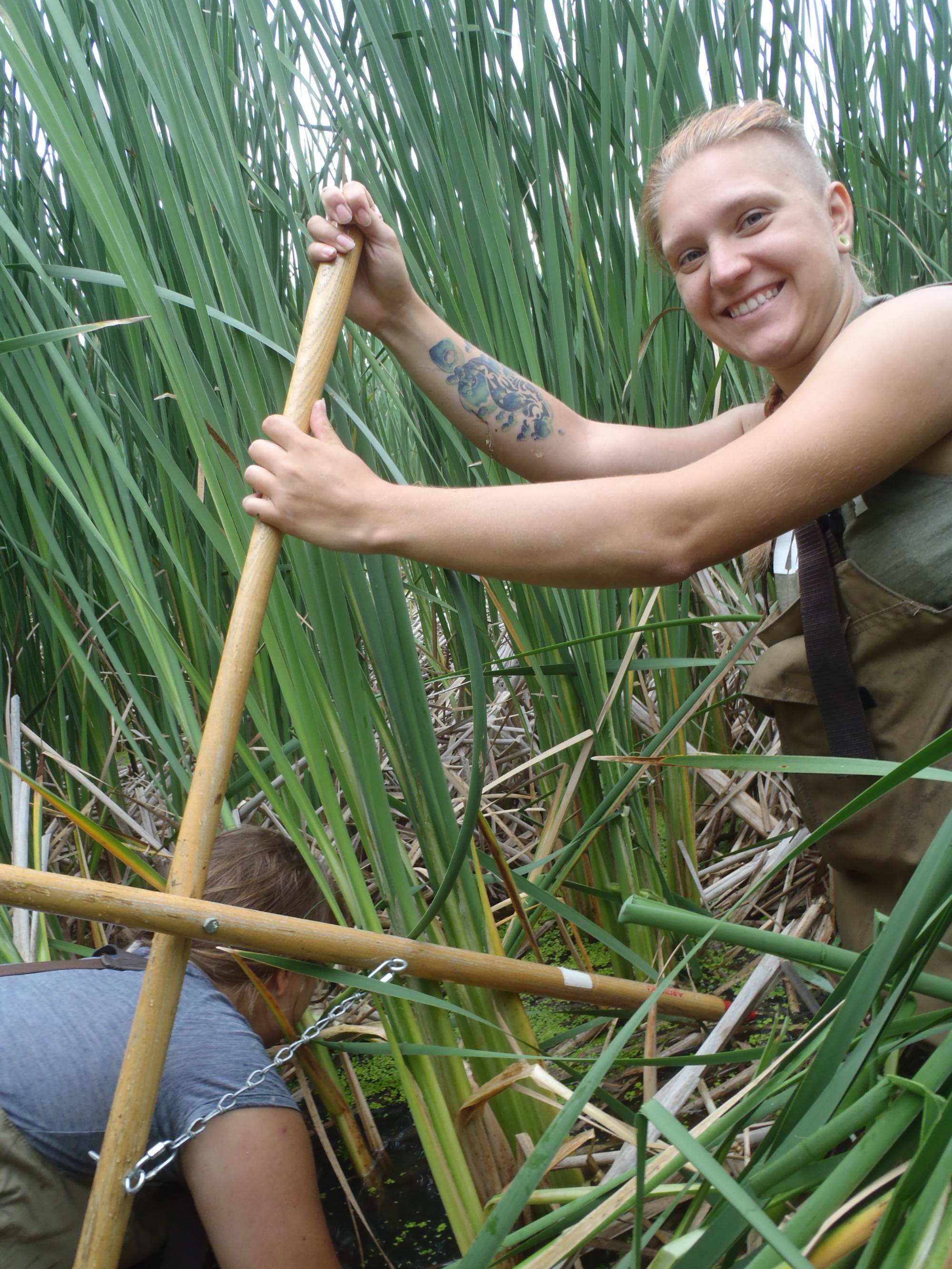 Funding for this work was provided by NOAA.


Page last modified February 8, 2021
Report a problem with this page