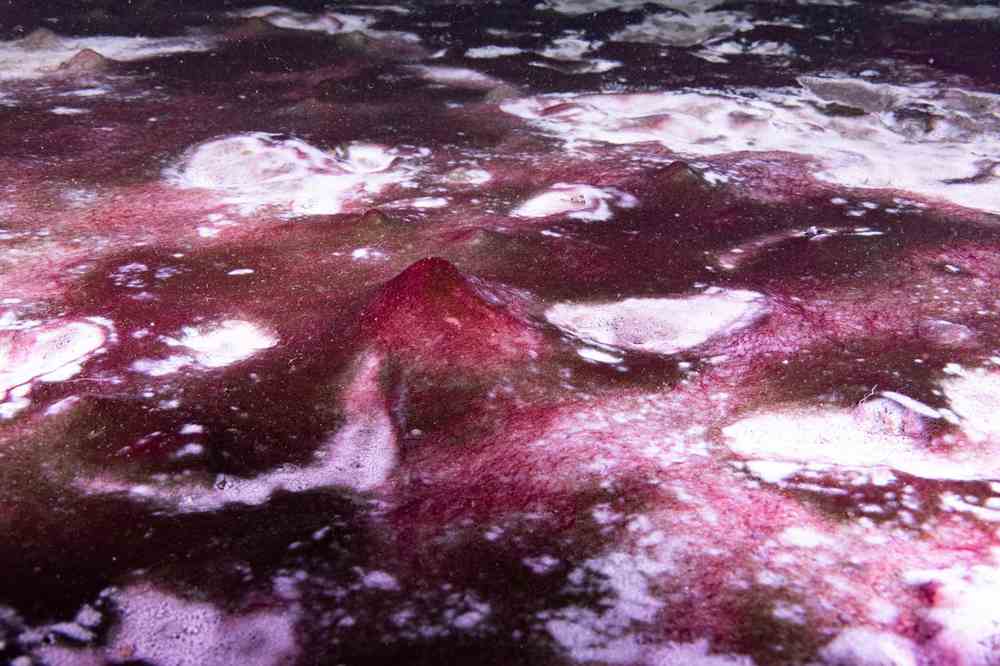 Figure Legend: Modern-day microbial mats like this that prevailed during the long Precambrian may have responded to increasing daylight as the Earth’s rotation slowed, by increasing photosynthetic productivity and oxygenated the planet. Photo credit: Phil Hartmeyer, NOAA-TBNMS

An article has been published in the Journal Nature Geoscience about the possible link between Earth's slowing rotation and the gradual increase in atmospheric oxygen concentration. This paper is the result of a collaboration between authors Klatt and Chennu of Max Planck Institute for Marine Microbiology, Bremen, Germany, Arbic and Dick of University of Michigan, and Biddanda of Grand Valley State University.

For the first billion or so years on Earth, free oxygen in the atmosphere was not present. Then, ~2.5 billion years ago we start to see rock records of blips of indicators of atmospheric oxygen. However, oxygen should have accumulated at a rate higher than what the evidence indicates, which scientists have been trying to explain for some time. The published paper argues that part of the reason for initially such slow oxygenation for 2 billion years that was followed by a rapid rise in oxygenation since ~0.5 billion years ago, is the rate of Earth's rotation and the effect of day length on net marine photosynthesis.

The gravitational pull between the moon and Earth is slowing earth's rotation at an extremely slow rate, but one day length was potentially as low as 6 hours ~4 billion years ago, much shorter than the ~24 hours of today. For the photosynthesizers who evolved early in Earth's history, ~3 hours of daylight is not long enough to produce significant amounts of oxygen. It was only once days grew longer that atmospheric concentrations of oxygen similar to what we know today were able to persist. The study used data of modern-day microbial mats in Lake Huron's Middle Island Sinkhole, related to microbes that once potentially covered significant portions of Earths aquatic benthic zones.


Page last modified August 2, 2021
Report a problem with this page