The Curse of Mackinac Hall: A Laker Halloween Story

Written by Andreas Fields and Isabella Gielniak
Posted on October 27, 2021

A story rarely told is finally being brought to light: the Curse of Mackinac Hall. Although this legend has been lost with time, a ghostly presence is still felt on campus every October. What exactly is the curse of Mackinac Hall? You’ll have to keep reading to find out...

You may have heard of other spooky GVSU myths such as the fate of those who walk under the Transformational Link or the potentially haunted tunnel system, but have you heard about the curse of Mackinac Hall?

Mackinac Hall used to be simple: one singular hallway with fewer than a dozen rooms. In the summer of 1975, the campus was taken over with confusing construction. For GVSU students of the present, Mackinac Hall has become a place of mysterious twists with complications at every turn, easy for any student to get lost in. 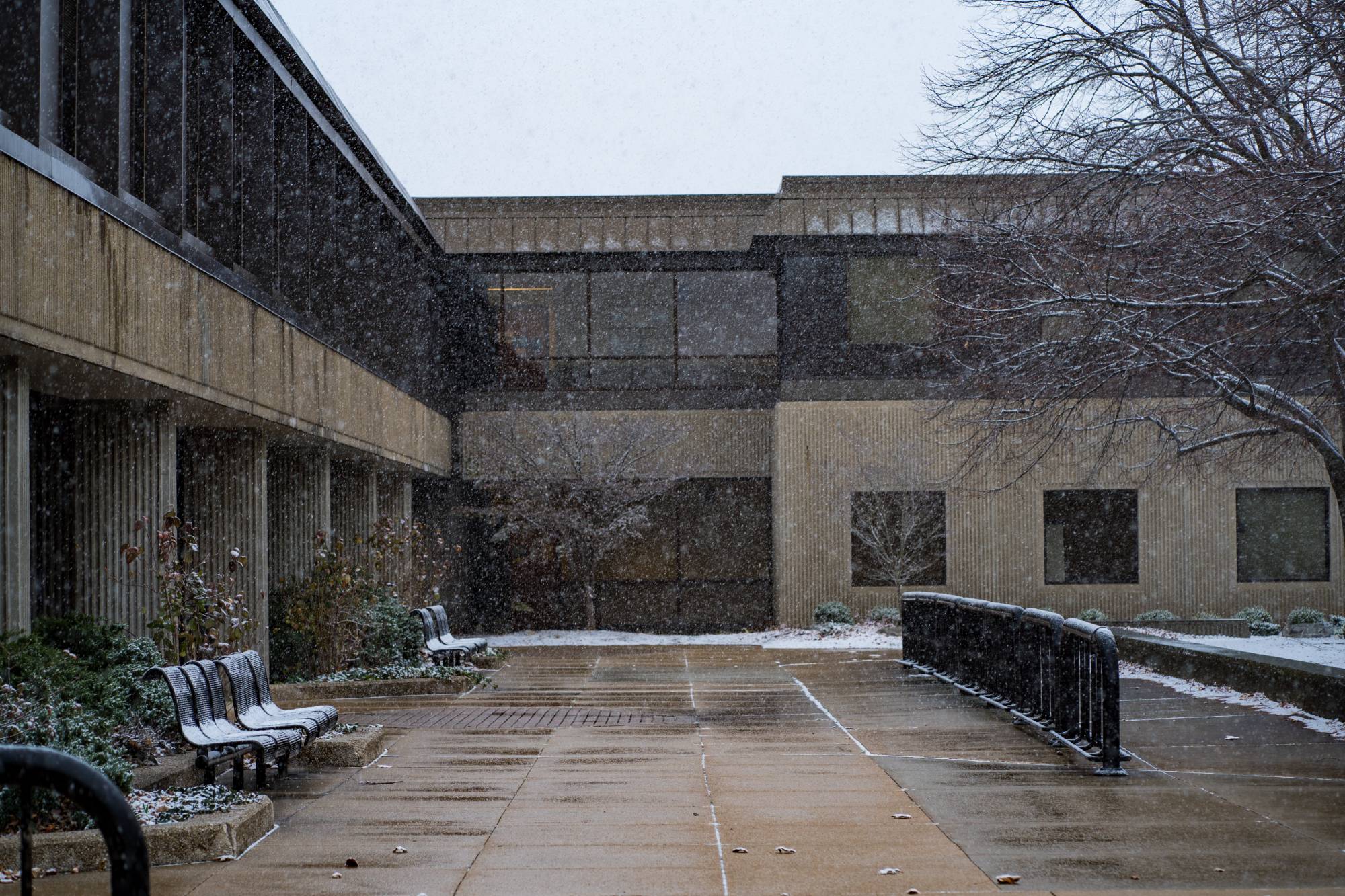 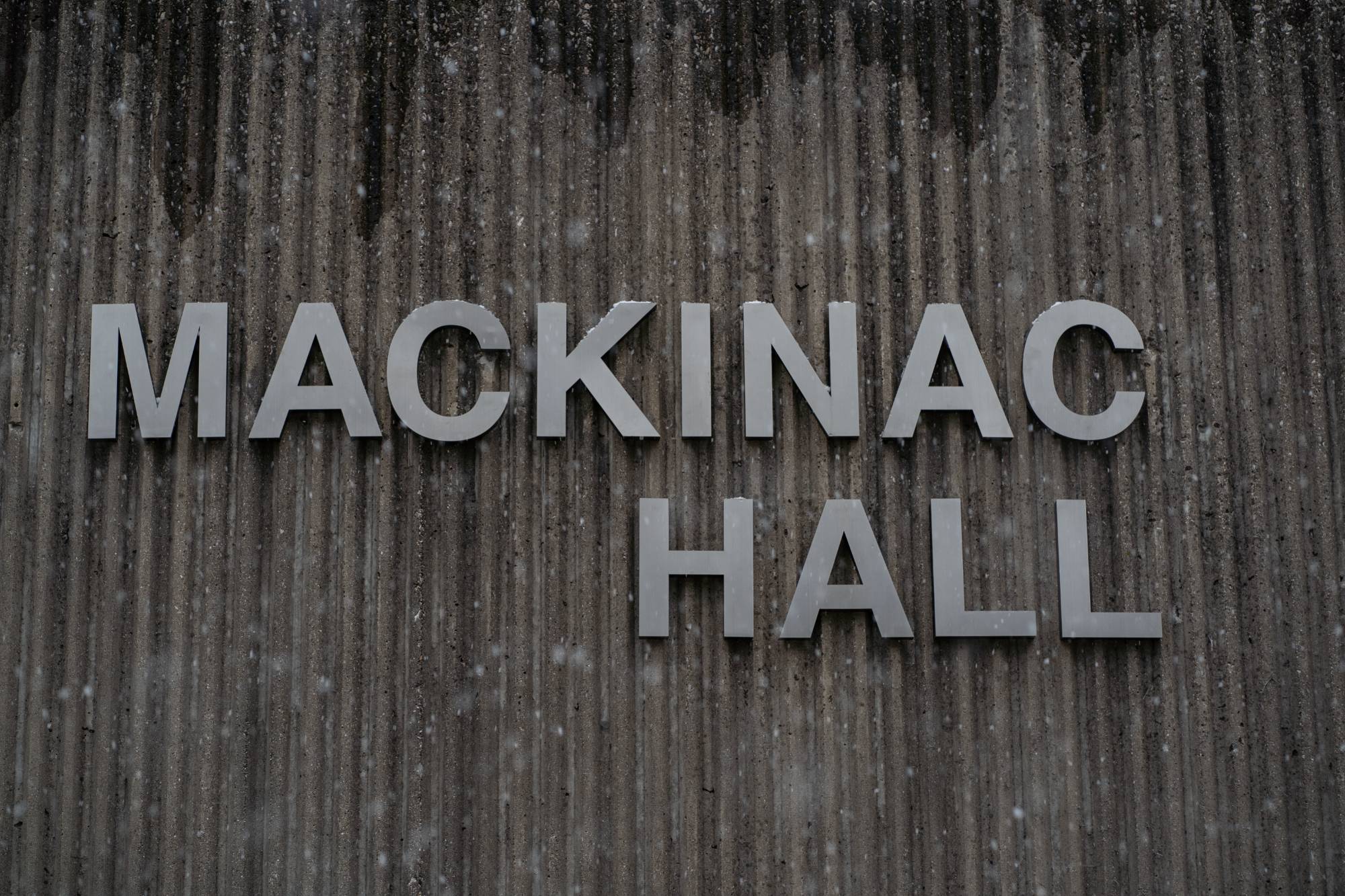 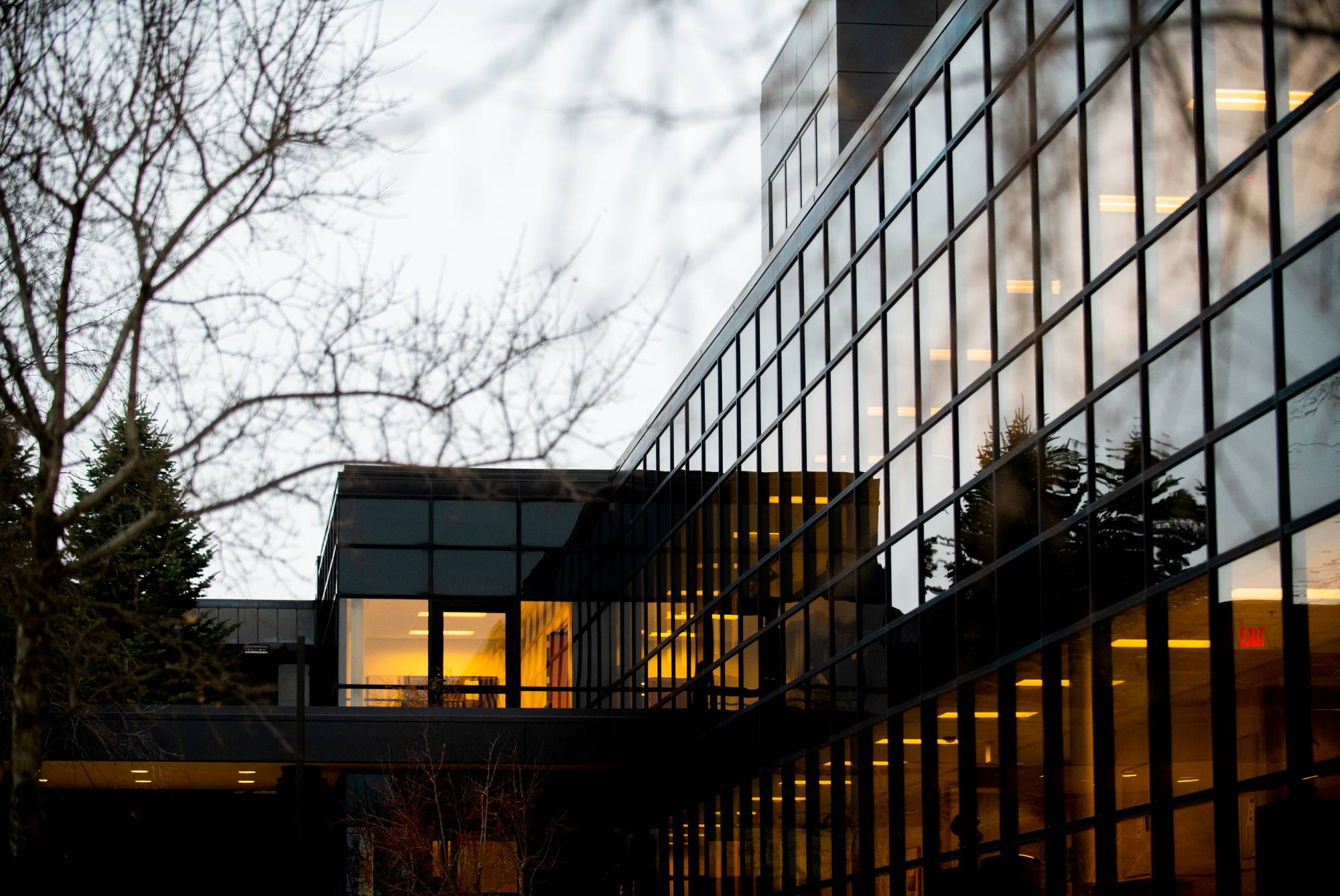 Louie the Laker was just like any other Grand Valley first-year student one October: adjusting to college, taking Route 48 instead of the LakerLine, and living away from home. As if being a first-year student wasn’t chilling enough, Louie had to navigate the infamous Mackinac Hall. Louie had many classes there, and over a month into school, he still couldn’t figure out how to make it to all of them on time. He was always either late or lost. 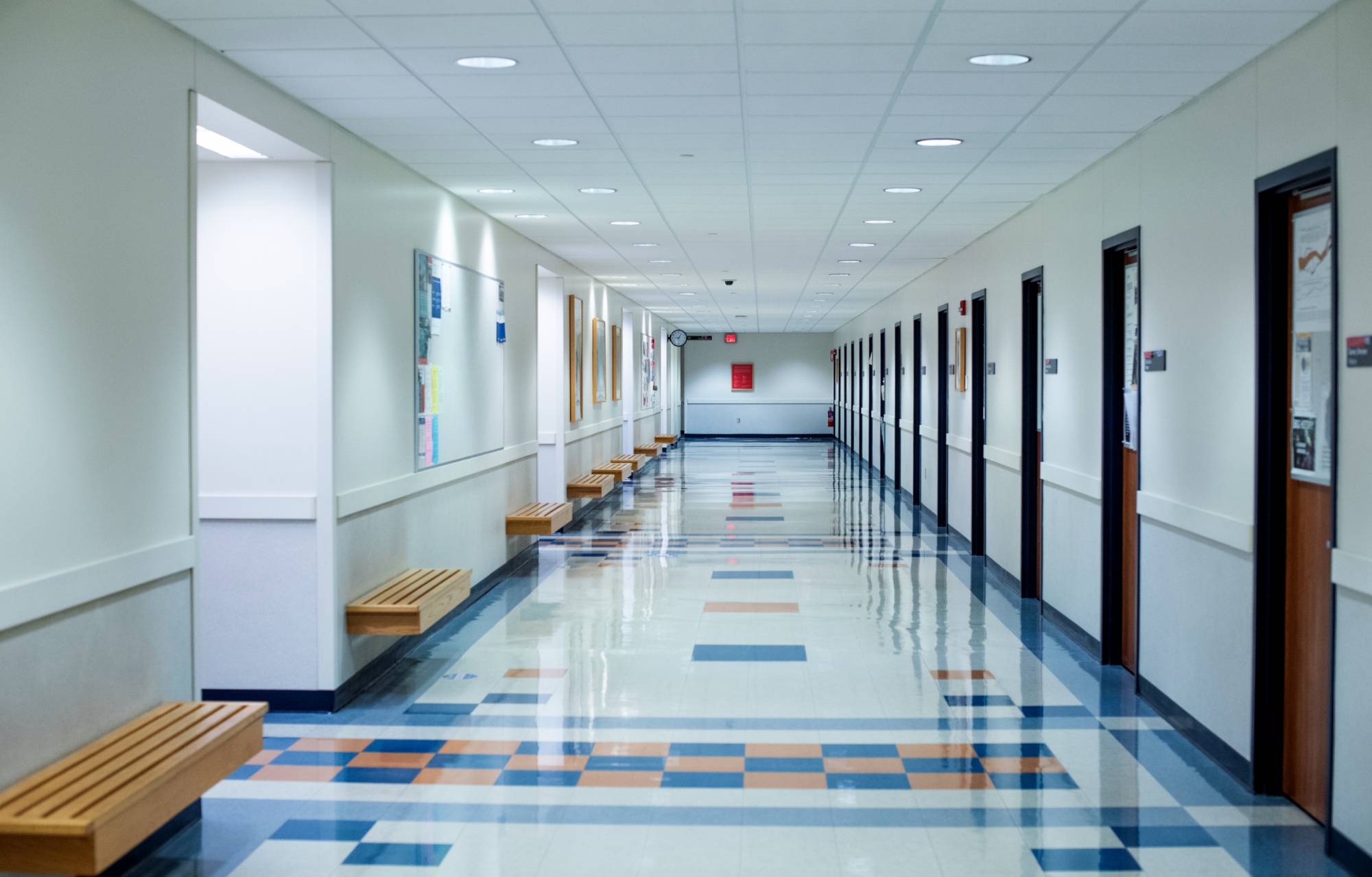 One stormy night, Louie was sitting in Mackinac trying to study for a spine-chilling calculus test. The clock tower struck midnight, and it was then that he was hit with the infamous curse of Mackinac Hall, and his study night turned into a study nightmare.

Louie had just made the decision to drop his calculus class when an email popped up in Louie’s GVSU email inbox that read “Banner maintenance scheduled all night”. His plan foiled, he did his best to return to studying.

He wondered if he could afford to skip this calculus test, but then he got a notification from Blackboard about the class. After waiting and waiting for the app to load, Louie discovered that he had already failed his calculus midterm. He knew he shouldn’t have walked under the Transformational Link!

Louie realized how late it was and decided to hurry home and get some sleep before the big test. He picked up his things and headed for what appeared to be the exit.

As he was walking through the building, Louie noticed that nothing looked the same as it did when he came in. The numbers on the classroom doors were different, and some of them weren’t even in order. To make matters worse, Louie couldn’t find the stairwell, so now he was stuck on the second floor. After retracing his steps countless times, he couldn’t even remember what time it was when he first got to Mackinac. This hall must really be cursed...

“Help! Help! Someone help me, I'm trapped in here!” he cried. But it was no use. There was no one else in the building besides Louie, and no one outside could hear his pleas for help. 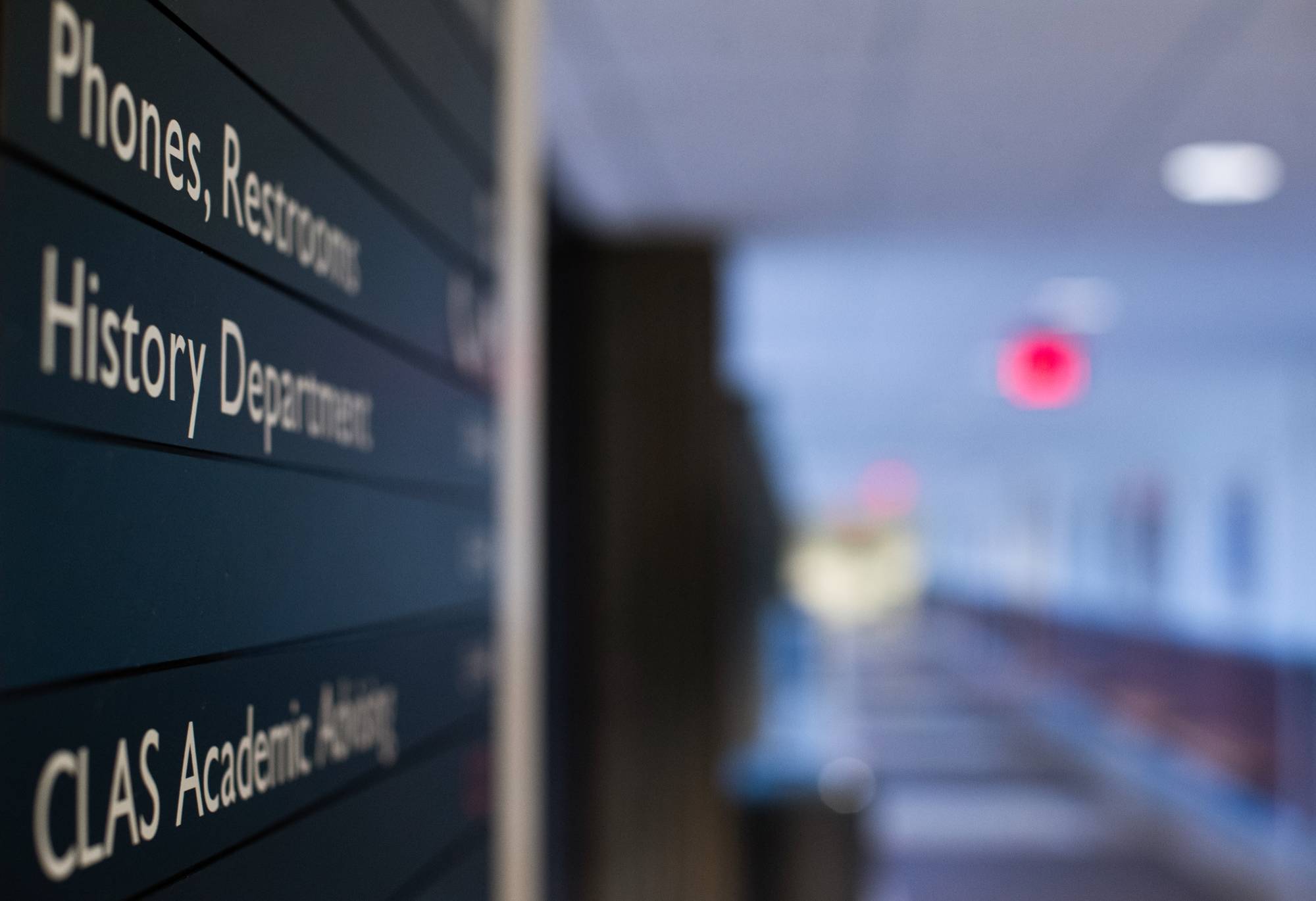 Legend has it that Louie the Laker spent all night wandering around Mackinac Hall, desperate to find a way out. Today, some students claim to hear Louie’s voice echo through the halls of Mackinac on ominous October nights.

Is part of Louie’s soul still stuck in Mackinac Hall? Is this why Louie still hasn’t graduated? Is his spirit vengeful enough to doom students in Mackinac past midnight? Only Louie knows the answer...

What else is creepy at Grand Valley?     Find some spooky on-campus events!


Page last modified April 28, 2022
Report a problem with this page