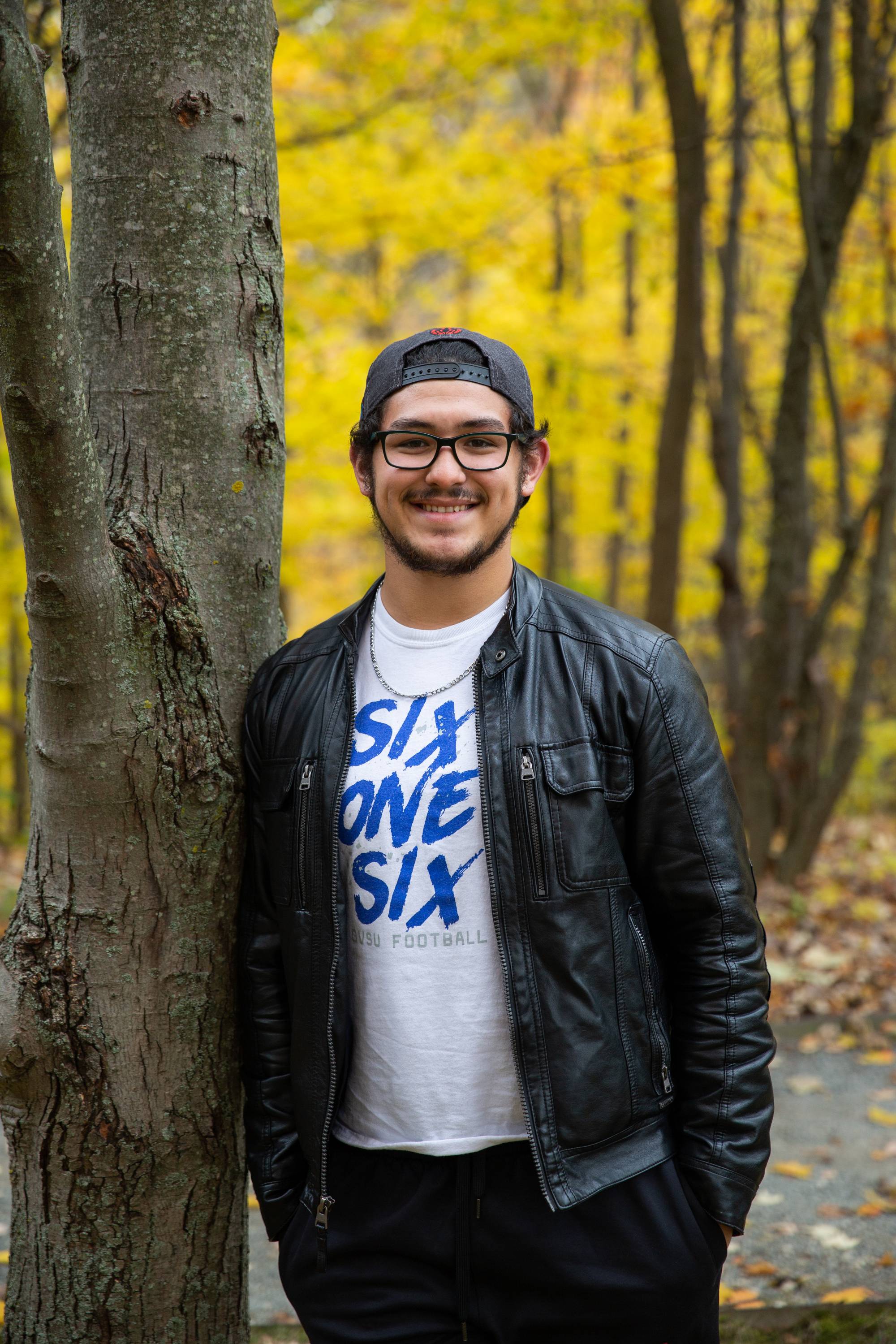 Meet Renzo Garza Motta: Mentor, international student, Laker. He is one of the many recipients of I am GV, a leadership recognition program. I am GV is your chance to nominate your fellow Lakers who represent what Grand Valley is and what we stand for — students who exude leadership, kindness, hard-work, and dedication. This week, we would like to recognize Renzo Garza Motta for demonstrating what it means to be a Laker by being a role model to his peers.

Throughout his time at GV, Renzo has repeatedly put the best interest of his fellow Lakers above his own. He is never afraid to reach out to strangers and make sure everyone around him feels as comfortable at Grand Valley as he does: “[GVSU] has a sense of home… it has felt like home away from home, especially as an international student… I don’t get to see my family often, and I feel that Grand Valley gave me that feeling of a family and community.”

Three and a half years ago, Renzo moved to the U.S. from Mexico. He made the decision to move because he wanted a better life for himself and for his future family: “We grew up in not the best circumstances, not a lot of money… I decided to become better than my previous generation… [and] offer something for my family in the future. That’s what keeps me here.” Living in two different countries has greatly shaped who he is as a person, and it has impacted the way he sees the world.

This year at GV, Renzo works in the Padnos International Center, helping advise students who are interested in studying abroad. As a sophomore studying electrical engineering, he is also heavily involved in the Solar Racing Team, one of GV’s student organizations, where he is able to utilize the skills he learns in the classroom and work towards building a solar-powered race car. His involvement in this club has additionally allowed him to become a leader to the people he works with.

Additionally, Renzo is an RA and has developed a passion for helping first-year students through the difficult transition into college. By being so outwardly friendly and willing to meet new people, he has helped make Grand Valley really feel like home for countless individuals. After college, Renzo hopes to be able to continue helping others no matter where life leads him.

“I want to be a mentor,” he says. “That’s something that I’d like to be able to do one day. To be able to pass down what I’ve learned in life to others in similar situations. To contribute to the community in general.”

If you know a Grand Valley student who has made an impact in the Laker community, like Renzo, nominations are open! This is our chance to give the devoted, empowered Lakers among us the recognition they deserve. Find out more information and submit your nominations.


Page last modified March 19, 2019
Report a problem with this page