Do You Know a Student Leader?

"I Am Grand Valley" is an annual leadership recognition program in its 14th year at Grand Valley. Each year, more and more students are celebrated for their leadership achievements in  the Grand Valley community. Last year, we had 1400 nominations! Help us recognize and appreciate even more students this year and nominate up to 10 student leaders now! Nominations are being accepted until November 30!

Across campus, several emerging student leaders deserve recognition for their mature attitudes, numerous achievements, and positive and impactful relationships within the Grand Valley Community. Last year there were over 1000 student leaders nominated for the I Am Grand Valley campaign. While their experiences and strengths differ greatly, they all share one thing in common: They all have impacted and served Grand Valley’s community in a positive way, and we are recognizing them for their influence on this campus. 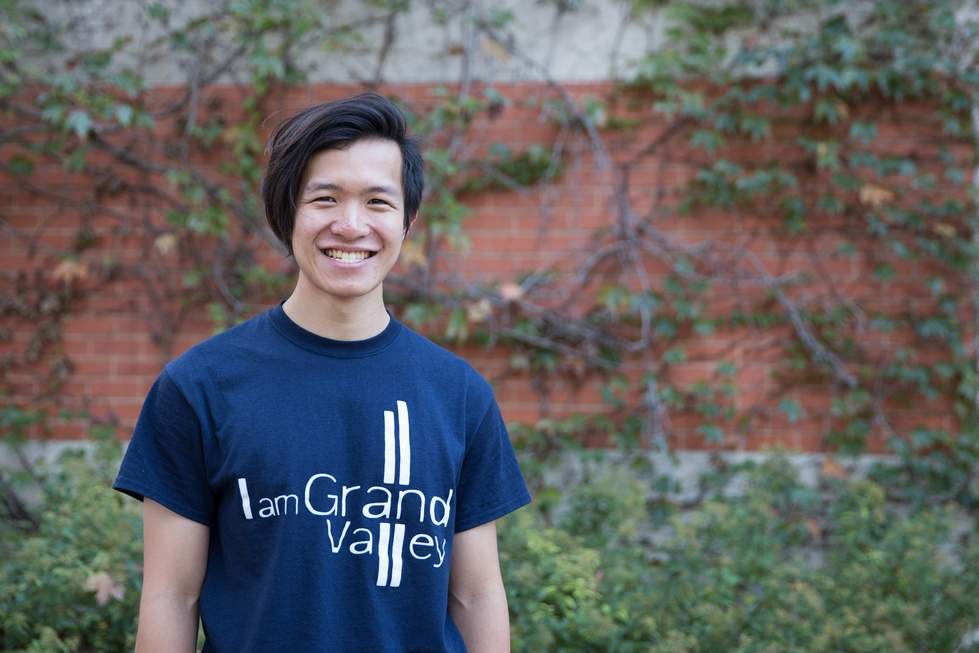 Kevin is a biomedical science student, the Chair of Senate Resources, the coordinator in Laker Traditions for the Laker Kickoff Party, and he’s in the Microbiology Club on campus. He also works as a supervisor at the Recreation Center on campus. Through his leadership involvement, Kevin has improved his public speaking skills and has learned how to speak up for himself. Through his efforts on Student Senate, Kevin has been able to make an impact through Student Life. His projects have made GV more secure, made Mackinac Hall less confusing, and has celebrated retiring administrators.

Kevin was nominated for I Am GV because he serves as a resource and support for other students and shows leadership through taking initiative.

“A leader is someone who organizes and facilitates things to make them happen, someone who leads through example. A leader is not someone who tells others what to do. They are there to help people achieve their goals. I am there for my committee in Student Senate to help see their ideas through, provide suggestions, and be a catalyst.” — Kevin Chui

What is "I am Grand Valley?”

Coordinated by the Office of Student Life, "I am Grand Valley" is a leadership recognition program for GVSU students. Since 2003, the program has celebrated student leaders who display and utilize strong leadership skills that contribute to the campus and beyond.  As essential elements of the University community, these students include student employees, leaders in student organizations, resident assistants, students that excel in the classroom, and so on. Faculty, staff, and students make nominations through a simple, noncompetitive process that is designed to include many students. The popular I am Grand Valley t-shirts given to and worn by these students encourages campus involvement and student leadership.

After you nominate, save the date for January 24, 2018 and join us for a reception honoring the nominees. Light refreshments will be provided!