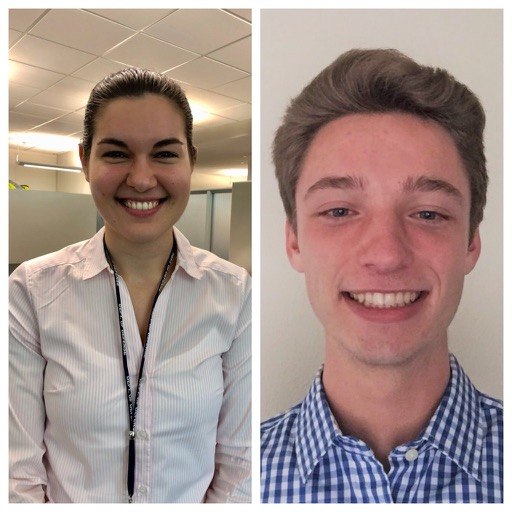 Shelly Greendyk's paper, "'What Causes Terrorism?" and Jordan Pattison's paper, "The Role of Structural Policies in Economic Development," were both selected by the PLS/IR Student Awards Committee as the Political Science and International Relations Outstanding Papers written for a PLS/IR course in 2018. Shelly wrote her research paper for IR 495 International Relations Capstone; Jordan wrote his paper for PLS 300 Political Analysis. Shelly and Jordan each received a $100 monetary award. Thanks to those students who submitted their papers for consideration, and congratulations, Shelly and Jordan!

Here is the abstract to Shelly's excellent paper:

Terrorism occurs at a dismayingly high rate in many countries, yet other countries are largely free of attacks. This puzzle has generated considerable attention, yet scholars have not arrived at a consensus on the causes of terrorism. Building on the extant literature, this paper develops a model of the cross-national frequency of terrorism, as recorded by the Global Terrorism Index (GTI). The effects of five independent variables are examined in bivariate and multivariate statistical analyses of data from leading sources. The first variable is conflict, operationalized as the existence of a military or paramilitary campaign in a country. The second variable, instability, refers to ongoing protests and upheaval, while political terror, a third factor, is defined as the government engaging in state-sanctioned torture, imprisonment, or murder. The fourth variable is the opportunity for an education and social and economic growth. Social cohesion, the fifth variable, is operationalized as the amount of integration versus discrimination experienced by ethnic or religious minorities. This study finds that both conflict and political terror have a relatively strong effect on the amount of terrorism. In contrast, instability and social cohesion do not have a strong relationship or statistical significance, while the effect of opportunity is ambiguous, becoming significant only in the multivariate analysis. Conflict and political terror prove to be the most important variables. Together, these five variables account for 48.8% of the variation in the dependent variable, demonstrating that more research is necessary to determine other factors that may produce terrorism.

Here is the abstract to Jordan's excellent paper:

Economic theory and research have determined that factors such as capital accumulation, geography, institutions, and trade are the key determinants of variations in economic growth between states. But not all states that engage in free trade and have access to capital have experienced positive economic outcomes. What explains these variations, and which factors are most relevant to economic outcomes across states? A review of the available literature indicates that the structural policies enacted by the institutional setting of the state are fundamentally important in determining economic outcomes. Structural policies that establish the rule of law and enforce a regulatory environment conducive to commercial activity incentivize investment and production by reducing the transaction costs associated with economic activity. This paper evaluates the role of structural policies in economic growth outcomes, and further analyzes which structural policies have a significant effect in relation to one another. For this analysis, measures of the Rule of Law and Regulatory Quality from the Varieties of Democracy dataset and the World Bank Ease of Doing Business Score were compared to the GDP per capita for a sample of over 130 states. Bivariate analysis demonstrates a statistically significant relationship between each structural policy measure and higher GDP per capita. Subsequent multivariate analysis of the three measures indicates that Regulatory Quality best explains variations in GDP per capita, and a second multivariate analysis of the ten World Bank score indicators demonstrate which specific structural factors are statistically significant in determining economic outcomes across states.


Page last modified May 1, 2019
Report a problem with this page