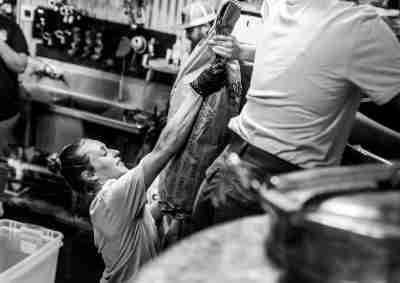 A beer created by a team of four students in a cell and molecular biology class on brewing took first prize in a homebrewing competition and will soon be available for tasting at an Allendale brewery.

The students created a mixed fermentation/sour beer known as a Gose and won best of show in the 2022 Siciliano’s Homebrew Competition, a highly regarded contest that this year had 90 entries. It was the first time in the competition's 18-year history that a sour beer took the top honor, according to organizers.

Olivia Roumaya (biochemistry), Aleksandra Makrievski (cell and molecular biology) Victoria Lane (biology) and Amanda Schoudt (behavioral neuroscience) entered their passionfruit Gose, “There She Gose Again," which was created in the "foundations of brewing" class taught by Mark Staves, chair of the Cell and Molecular Biology Department. 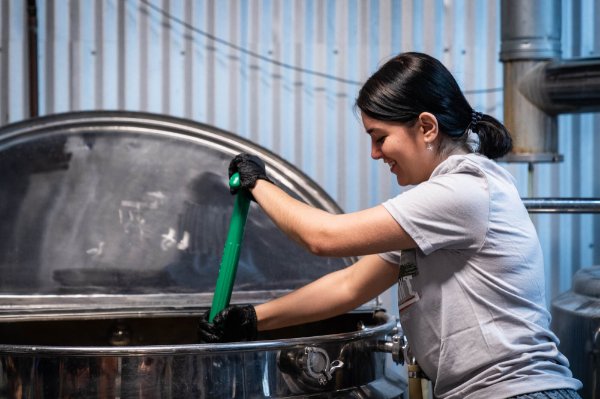 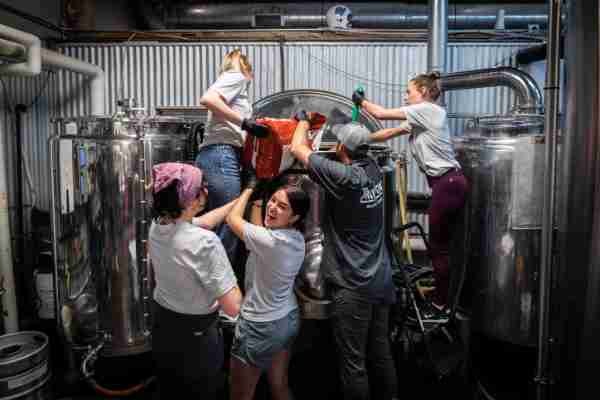 The winning GVSU team works on the beginning process of brewing the beer at Trail Point Brewing Company.

The students recently started work on a limited edition batch of the beer that will be offered by Trail Point Brewing Company in Allendale. The students were able to pour in the grains and stir them in a large kettle for the initial mashing process at the brewery. Owner Gary Evans said he expects the beer to be ready by July 1.

Evans, who has strong Laker ties through his wife and children, is excited for the chance to brew this GVSU-related recipe at a place where he wants to emphasize community and harmony.

"Everyone who comes in here is accepted," Evans said. "Let's talk about beer."

When talking about this sour beer, Evans noted it requires some special brewing considerations given its unique content.

And when considering the properties of this or any beer, it's helpful to keep in mind that the class where this winning beer was created is based in science and in a field that studies the significance of cells.

A crucial bacteria for this beer is Lactobacillus, which may be familiar to some as a probiotic but in this case is used to help deliver the signature sour flavor, Staves said. 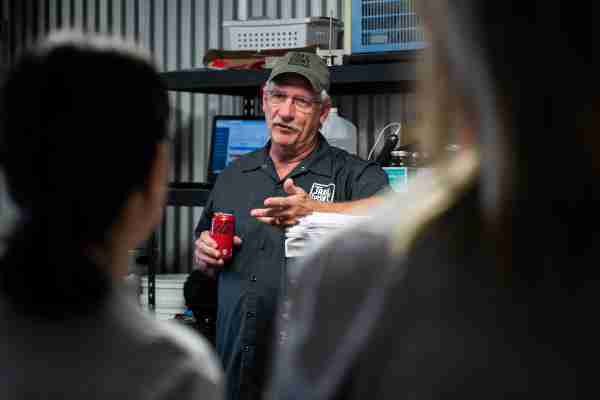 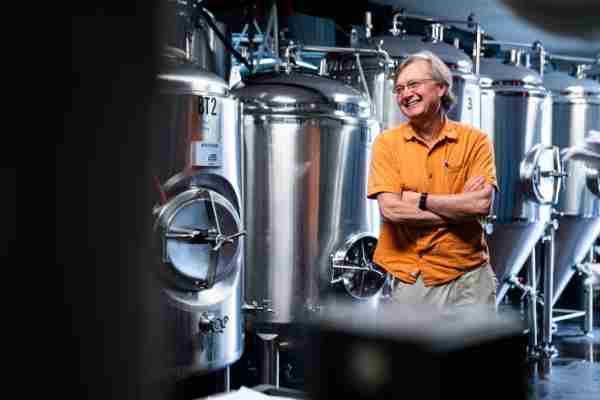 Mark Staves, the class instructor and chair of the Cell and Molecular Biology Department, looks on.

Other scientific elements of beer include the water chemistry and the structure of flavor compounds. But when it comes to a cell that plays a particularly crucial role, yeast rises to the top for its clarifying properties, Staves said.

"Beer is made by yeasts. Brewers make the raw materials that the yeasts work on, and then the yeasts do the magic," Staves said. "And yeasts are what? Single cells. So that's a good thing for the Department of Cell and Molecular Biology to explore."

Staves described a Gose as a warm-weather beer with German origins.

"Sour beers have gotten popular in recent years," Staves said. "A lot of the sour beers are so mouth-puckering that I wouldn’t want to drink them. This one is a little bit on the gentle side of sour, and they also added passionfruit puree so the fruit balances out the sourness to some extent."

He said one of the students, Lane, was particularly eager to brew a sour beer and urged the rest of the winning team to create one. 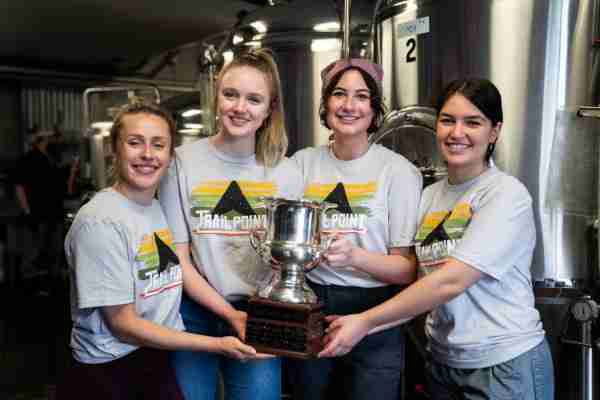 Lane, who prefers sour beers but admits they are not for everyone, said the taste of the team's beer was a surprise to classmates who were more used to stouts or IPAs.

"It was very fun to give our class our beer that ended up winning the award and they said, 'Is it supposed to taste like this? Are you sure that nothing's wrong?'" Land said with a laugh. "And we said, "Yeah, this is what we wanted it to taste like.'"

Team members settled on adding passionfruit — an uncommon choice — to the beer when they saw some at the store and also discussed the fruits they didn't want to add. That addition helped create a beer that was "fresh and new," with impactful flavor that also happened to be highly carbonated, Lane said.

Lane said this class reignited a passion for science and formed a passion for brewing that will continue, both in terms of entering competitions and even seeking opportunities professionally.

"I've always been interested in how things work and I wanted to explore beer," Lane said.

Staves said the beer is also slated to be brewed at a brewery in the Southwest Michigan area. 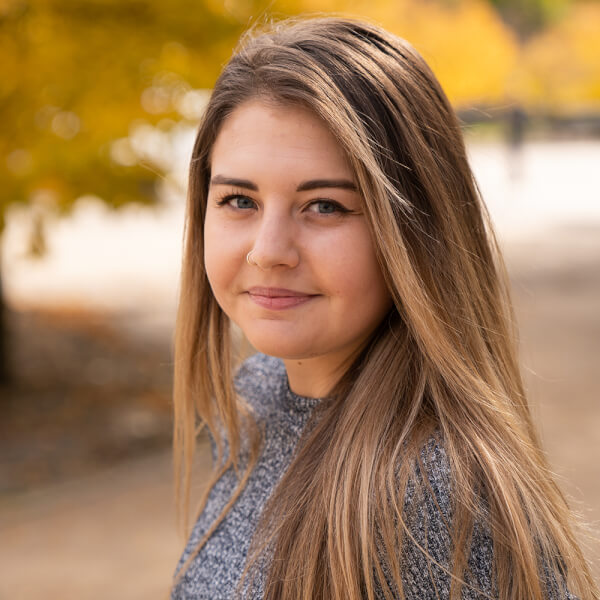 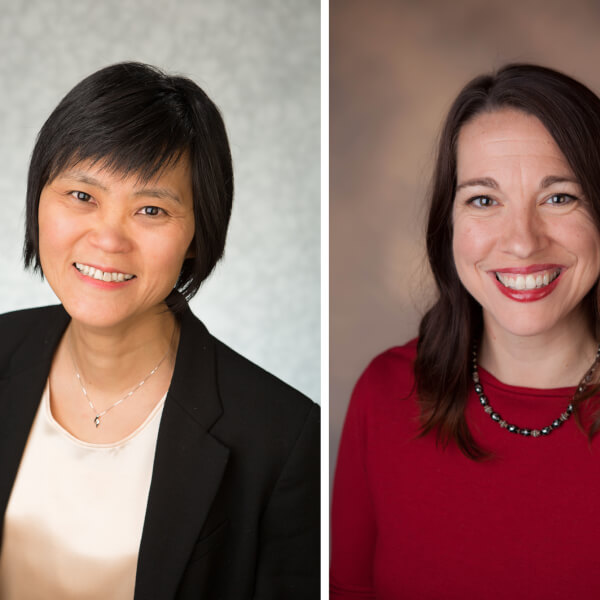