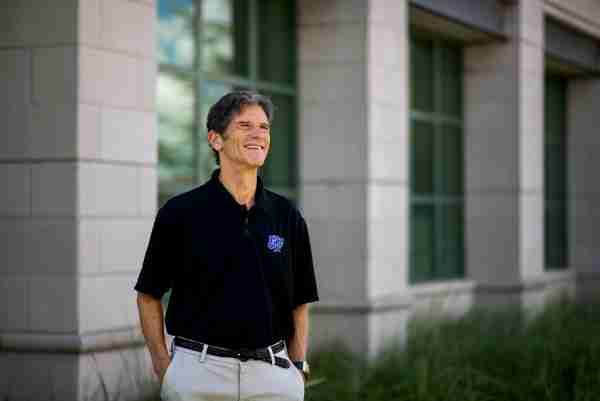 Al Steinman, the Allen and Helen Hunting Director of the Annis Water Resources Institute, steps down from his role on Aug. 5 to focus on research and teaching.
Image Credit: Kendra Stanley-Mills

After 21 years as the Allen and Helen Hunting Director of the Robert B. Annis Water Resources Institute, Al Steinman officially steps down from his role on Aug. 5.

Steinman was named director shortly after the institute opened its Lake Michigan Center in 2001. Since his arrival, the institute has added two additional buildings, seen its staff grow from about two dozen to nearly 70 and transition toward more academics and research.

Before joining the AWRI, Steinman was director for the Lake Okeechobee Restoration Program for the South Florida Water Management District, overseeing a staff of 50 with a budget of $30 million.

While he may no longer be director of the AWRI, Steinman will continue to focus on research and teaching. Biology Professor Mark Luttenton, who focuses on ecological research, has been named interim director for a two-year term while an international search for Steinman’s successor begins.

Q: Why did you decide to come to Michigan?

By the late 1990s, early 2000s, the focus on the Everglades kind of migrated around south Florida, depending on where the crisis du jour is. First we had way too high water level and then too low water level with focus on Lake Okeechobee, and I was director of the restoration program for the lake. That position with the constant media, the constant lawsuits, became really stressful. I actually had an anonymous death threat. It was taking a serious toll on my health. With my soon-to-be-wife’s blessing, we decided to look elsewhere.

A couple of things that gelled when I came up here to Muskegon. One, the people were incredibly warm, incredibly welcoming, which was really nice because most of the public meetings I was having in Florida, I was accompanied by armed guards. It was a very different venue. My wife grew up in the country, and this was much more appealing than some of the other alternatives like D.C. or Boston. Second, I could work at this brand new building and help build the institute. It was a challenge and an appealing environment. 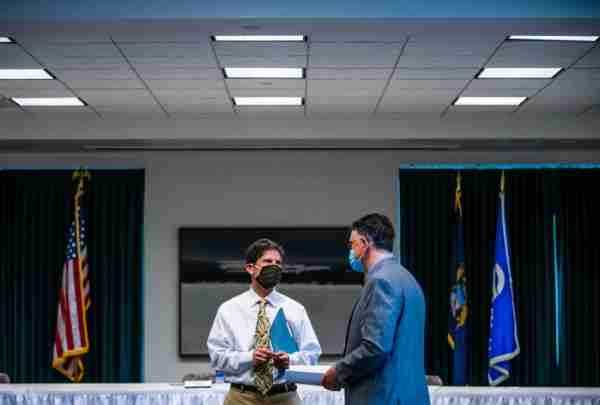 Q: What was your top priority when you arrived?

The top priority was to bring in the best people possible so that we could start moving in the direction of a true research institute. But, I’ll tell you, as I’ve been going through a lot of my stuff that’s accumulated over 21 years, I’ve been doing a lot of reflection. One of those reflective moments was right after I first got here we had a staff retreat. We only had about 15 people at this retreat where now we have close to 70. I was giving them my vision for what the institute would be. We would be a nationally, if not internationally, renowned research institute with education and outreach as a part of our mission. Fortunately I had a couple of people in the retreat who stuck up for that vision and validated my own feeling of what we wanted to achieve. How we were going to achieve it was another story. Over time, we’ve been able to accumulate the resources thanks to the productivity of the people here at the institute and the generosity and philanthropy of the people in this community. 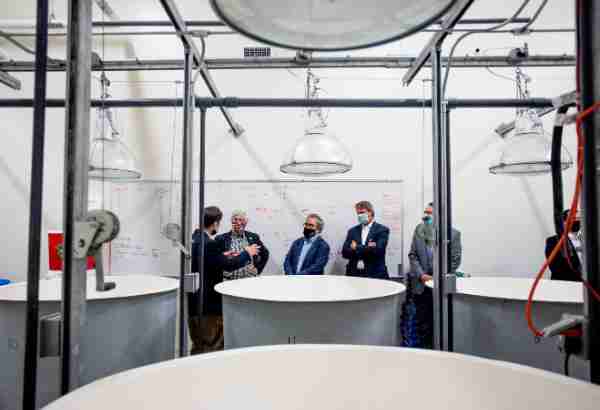 Al Steinman, left, gives a tour of the Robert B. Annis Water Resources Institute to members of the EPA and local politicians in June 2020. Steinman was appointed to the EPA's Great Lakes Advisory Board.
Image Credit: Kendra Stanley-Mills

Q: How do you think the position has evolved in your 21 years?

Well, there’s certainly a stronger administrative load as we’ve grown. We’ve gone from one building to three buildings. So there’s more facilities management as well as human resources management. As we have grown and achieved the credibility and visibility that we wanted to achieve, there are many more opportunities, so it’s trying to decide which opportunities we want to pursue and finding the time to do that. There’s just much more demand on my time than initially, and honestly that’s one of the reasons I decided to step down. I want to focus on the research portfolio, and we’ve always had a very active research program, but when I did research and administrative work, it came at the expense of my personal life. I’m a new grandfather, and I’d like to get a little of that personal life back again.

Q: Did you expect to be the director for 21 years?

No, that’s an interesting question. One of the first things I did when I came here was set up an external science advisory board. We bring in four experts that make up our SAB, and I told the advisory board at our first meeting, about two years into me being here, that nobody should direct an institute for more than five or 10 years. Most of these board members have stayed on for 20 years, amazingly enough, and have been too kind to remind me of the original comments I made.

Truly, I think it’s time for some new blood and new ideas. I’m sure Dr. Luttenton, who’s going to replace me, has his own set of ideas. When they do an international search and bring in somebody new, I think that it’s good. I think we’ll see a shuffling of ideas. When I used to work in south Florida at the water management district, change was constant. The person you were reporting to one day was reporting to you the next day. I always told my staff, ‘Change is good, embrace change,’ because for the most part the work, the research and the science they were producing was going to stay stable. Most of the change  was going on above them. I think that will be the same thing here. When they bring in somebody new, they’ll see some changes going on with respect to the administration and maybe responsibilities. But the work that we do in terms of trying to solve the problems facing our water resources, it’s going to remain the same. 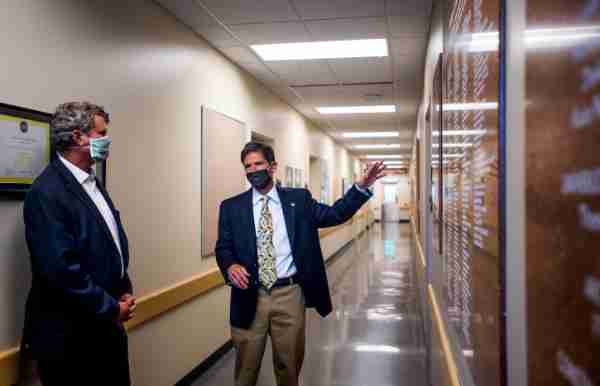 Q: What would you consider some of your proudest moments?

If you’re talking about process and administration, I’d say us becoming an academic unit. It took about four years of working through faculty governance to get that approved.

One other proud moment is building two other buildings besides the Lake Michigan Center, which I inherited when I came here. That took a lot of effort, and I give a lot of credit to facilities for their help along the way. It took a lot of effort to get the money because it was all philanthropy and then the help from the university in moving forward.

From a research perspective, when I first came here in 2001, I reached out to the colleagues I knew in the Great Lakes region, letting them know that I was now here, if there was an opportunity for collaboration. Now in 2022, they come to us and want to partner with us. To me, that’s a real metric for our success in terms of our credibility and reputation.

The proudest thing is seeing this institute succeed. That’s never a certainty. To see that we’ve been stable for the most part in terms of our people, principal investigators, faculty staying here and liking this environment. My management style is pretty straightforward. I give them the resources they need to be successful; and get out of the way. 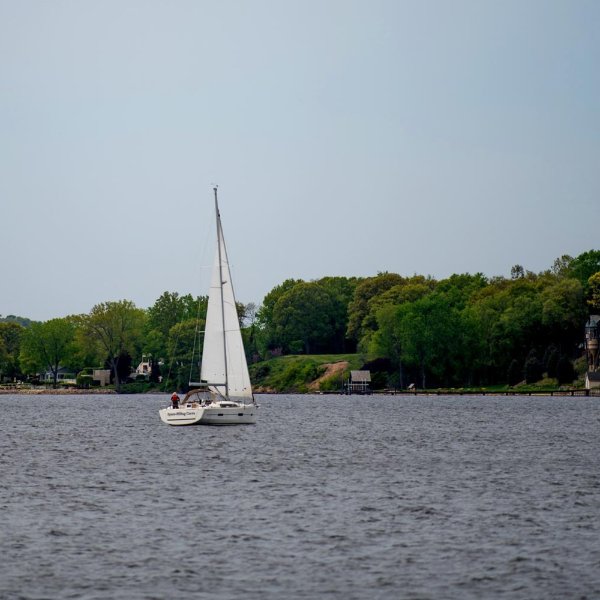