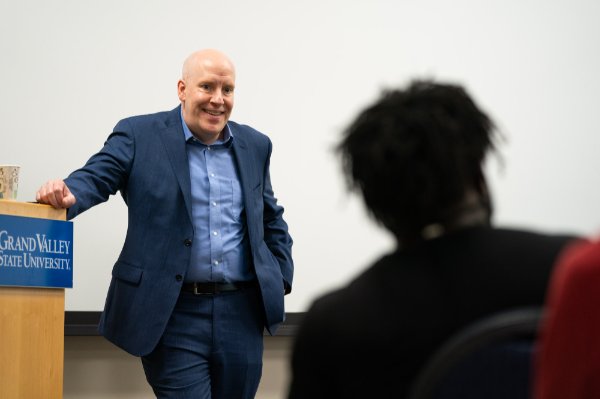 Rick Rossow, ’98, vividly remembers the day when his career path was set before him at Grand Valley. As a student, Rossow attended a guest lecture from another alum, John Beyrle, ’75.

Beyrle, who would later become ambassador to Russia (2008-12) in the President Obama administration, had returned to campus in the 1990s to speak with students about his career as a U.S. diplomat.

“He came back to campus to talk about his experiences and what he saw,” said Rossow. “Frankly, it was the most important single day in my entire career at Grand Valley.”

Beyrle’s talk inspired Rossow to pursue a similar career. More than two decades later, Rossow returned to campus on March 14 to speak with Grand Valley students about his career in international policy and affairs, and maybe inspire one of them like Beyrle did with him.

Rossow is helping shape policy on economic affairs between the United States and India as a senior advisor and the Wadhwani Chair in U.S.-India Relations in Policy Studies at the Center for Strategic & International Studies in Washington, D.C. 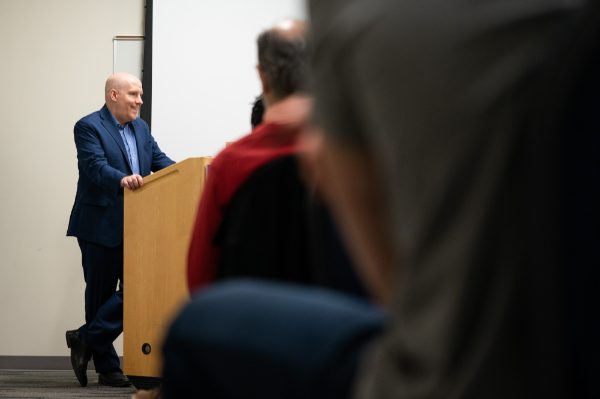 Rick Rossow is a senior advisor and the Wadhwani Chair in U.S.-India Relations in Policy Studies at the Center for Strategic & International Studies in Washington, D.C.
Amanda Pitts 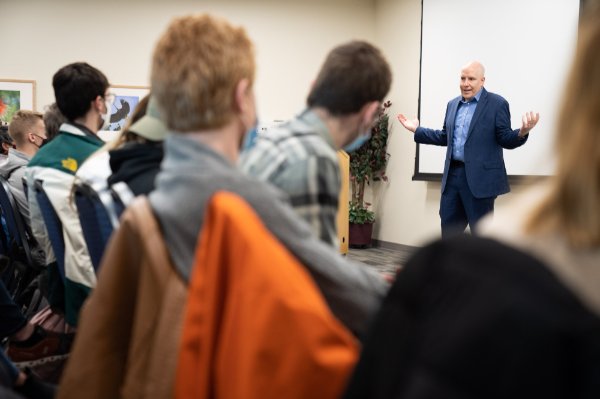 Rossow majored in Russian studies at Grand Valley, but he said that didn’t derail his career path, particularly since relations between the United States and India took a new direction in 1998.

The friendship between the nations may begin to be showing some cracks, said Rossow. India recently purchased a Russian missile defense system after asking the United States for assistance in developing similar technology 10 years ago. American officials turned it down.

“We may be close to sanctioning India,” said Rossow. “From the time India and Russia did the contract until now, the U.S. passed legislation saying any country that buys energy and defense equipment from Russia, North Korea and Iran, are liable for U.S. sanctions.

“Especially with India’s inability to take a hard line with Russia, I don’t know if the United States is going to give it a pass.”

Even so, given several current factors regarding India, Rossow sees a huge upside for the U.S.-India partnership and where it’s headed.

“India is about to surpass China to become the most populous country on earth,” said Rossow. ”In my lifetime, India will surpass Japan, Great Britain and others to have the third largest economy, probably some time in the next 10 years. India is our ninth largest trading partner and will soon pass Taiwan. They are a good friend in a really tough neighborhood.”