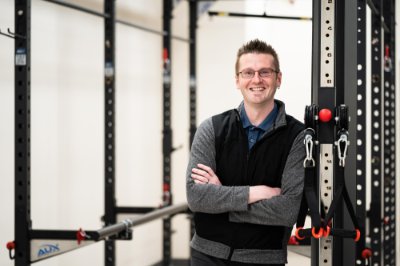 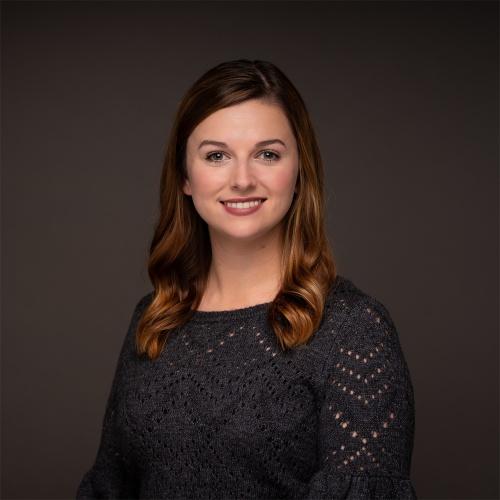 In early April, the Daniel and Pamella DeVos Center for Interprofessional Health (DCIH) got a new addition to their physical therapy equipment lineup, the AUX system.

The system, created in 2013, is an all-in-one tool for bodyweight unloading physical therapy that features 360-degree motion.

With the recent installation of the system in DCIH, Grand Valley is the first academic institution in the nation to have an AUX system. 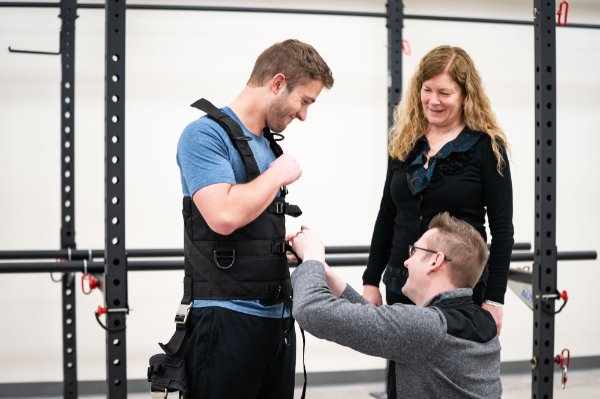 Not only is this equipment unique for the range of motion it provides users, it's also special because it was invented by a Laker alumnus.

Leonard Van Gelder graduated from Grand Valley with bachelor's degrees in clinical exercise science and athletic training in 2009, and a doctorate of physical therapy in 2013.

While working with athletes in physical therapy, Van Gelder felt the equipment available to him didn't offer much range of motion for his patients.

"The ability to take weight off for a jumping motion wasn't really something that existed," said Van Gelder. "Most systems were either robotic or stationary, and the robotic system couldn't move fast enough to allow for a change in direction."

Through his work at the time, Van Gelder connected with fellow physical therapist Zachary Webster, '10. The team was able to develop their prototype in the office of their employer at the time, and they began to realize they may have something special in the works.

Webster had a background in dance, which Van Gelder said helped to create the feature that allowed for expanded rotation in the AUX system.

Van Gelder also had experience in stunt work, which often involves safety harnesses and training wires. That knowledge, along with Webster's dance expertise, allowed the AUX to really begin to fully form.

Barb Hoogenboom, professor of physical therapy, kept in touch with Van Gelder after he graduated and got word of his work on the AUX system.

"I saw the prototype about four years ago and I immediately said that we needed one at Grand Valley," said Hoogenboom.

Hoogenboom saw endless possibilities for the system at the university, with the flexibility of the AUX offering expansive learning opportunities for students in the physical therapy program.

"The appeal to me as an instructor was that it's basically a big erector set that can accommodate many people," said Hoogenboom. "Its functionality is only limited by your imagination. It's also very safe. An individual, even if they lost their balance, would never fully fall to the ground."

Van Gelder is a busy man, currently running four companies. One of which, Dynamic Movement Frameworks, is overseeing the AUX system. The team plans to conduct research on the equipment in partnership with GVSU to continue to perfect the product. They plan to expand the use of the product nationally in the near future.

"We're thankful to Barb and others at Grand Valley who got on board with the equipment and were so enthusiastic about it. It was an area that was missing in rehabilitation and it's an exceptional product that we're excited to get out there," said Van Gelder. 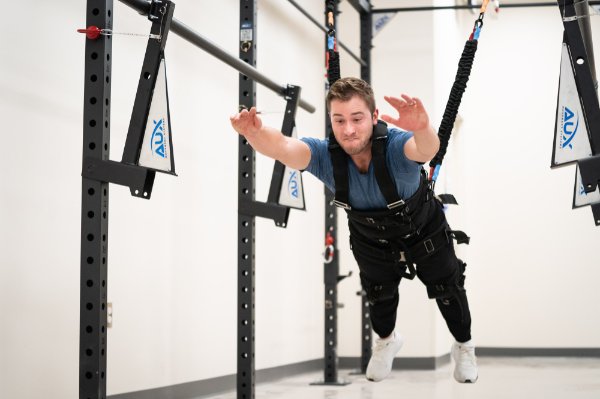 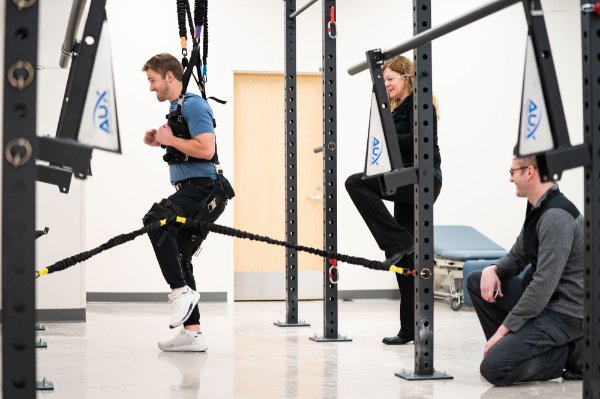 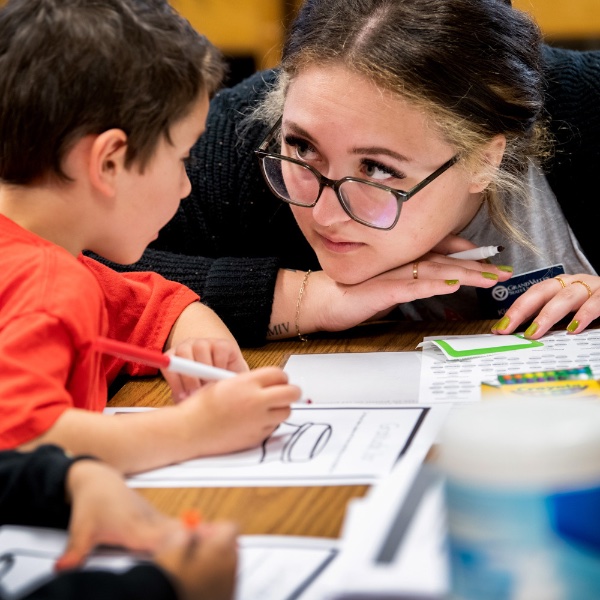 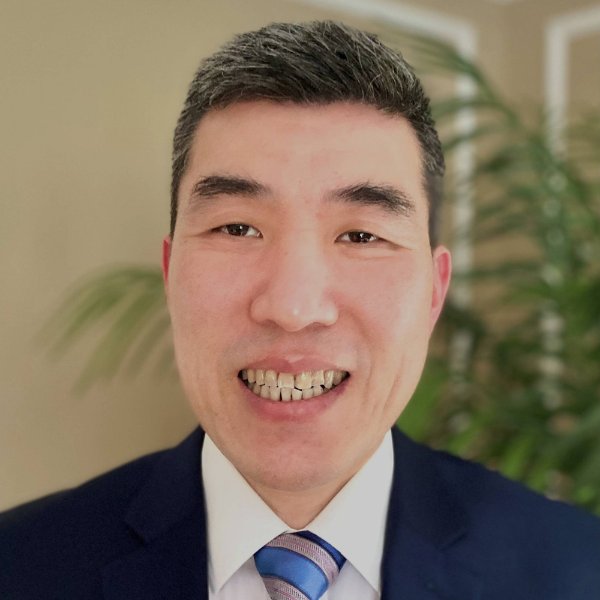 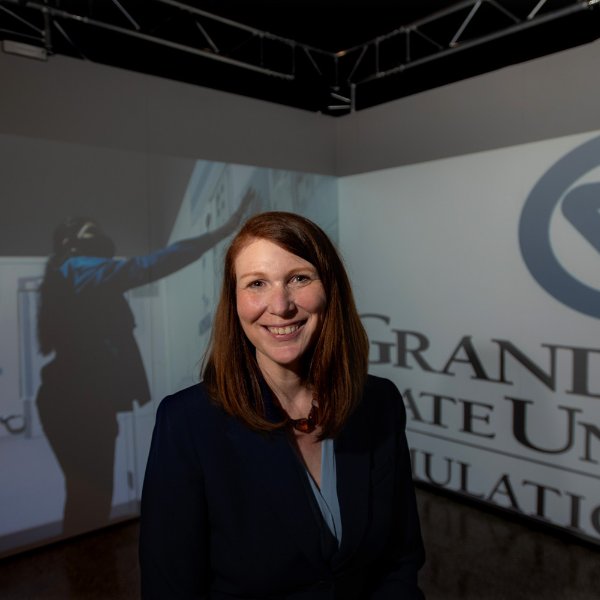