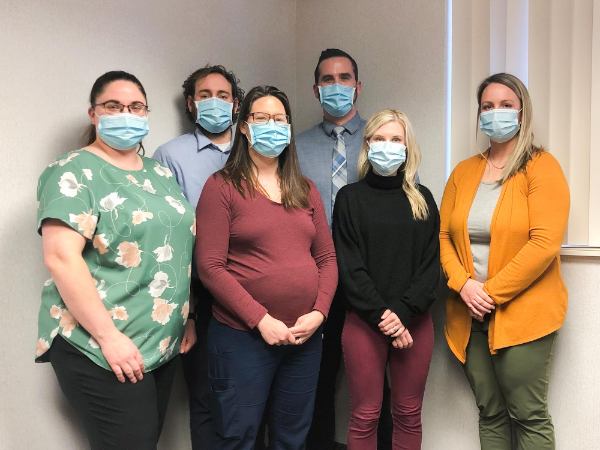 Jay Gillespie earned a master's degree in physician assistant studies in December, passed his state certification exam in January and began working at a northern Michigan clinic in late February.

He joined some familiar faces at the Crystal Lake Health Center, which has 11 locations in five counties surrounding Traverse City and treats more than 40,000 patients annually. Gillespie is the seventh physician assistant graduate from Grand Valley to be hired by the clinic.

It's been six years since Grand Valley established a satellite PAS program in Traverse City. Amanda Reddy, affiliate PAS faculty and co-chair of clinical education, said the program is accomplishing its mission of training and graduating physician assistants who will then stay and work in northern Michigan.

"Prior to opening our Traverse City program, most students would end up practicing in the greater Grand Rapids area, where they did the majority of their clinical rotations, regardless of where they were originally from," Reddy said.

Reddy said more than two-thirds of PAS Traverse City alumni are now working in northern Michigan and 80 percent of those people work in a rural or underserved area.

Gillespie earned a bachelor's degree in physiology from Michigan State University and worked as a nurse assistant in Traverse City before enrolling in Grand Valley's PAS program. Because of the COVID-19 pandemic, Gillespie completed three clinical rotations at Crystal Lake Health Center.

"I enjoyed all my rotations but family medicine really drew me in," he said. "I'm looking forward to developing a rapport with patients and their families, similar to what my family had with our doctor."

Jennifer Gilbert, who earned a master's degree in nursing from Grand Valley, is the administrator at Crystal Lake's Benzonia clinic. Gilbert said PAS students from Grand Valley have served clinical rotations at the health center for almost all six years of the program.

"We have always been open to having students," Gilbert said. "We're growing new people into their careers; there is great reward in that."

Gilbert also said PAS students who complete rotations at a Crystal Lake location come to an interview, or possibly even a job, with a sense of confidence and knowledge.

Lindsey Bankston graduated from Grand Valley in 2017, the first graduating class for the PAS program in Traverse City, and began working for the health center at the Frankfort location. Bankston has served as preceptor to several Grand Valley students.

"If I would have completed the program in Grand Rapids and done clinicals there, it would have been harder to get a job up here," Bankston said.

Reddy agreed and said the health center has been a great program partner. "Without clinical partners like the Crystal Lake Health Center, students would be unable to stay and learn in their communities," she said. "This is important so that they can then continue to work and serve their community’s needs. They make connections to local health care systems and see the impact they can have on their communities as a practicing physician assistant." 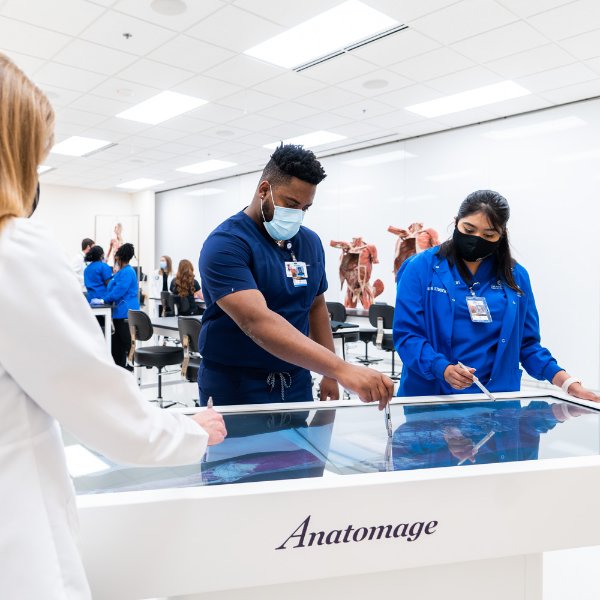