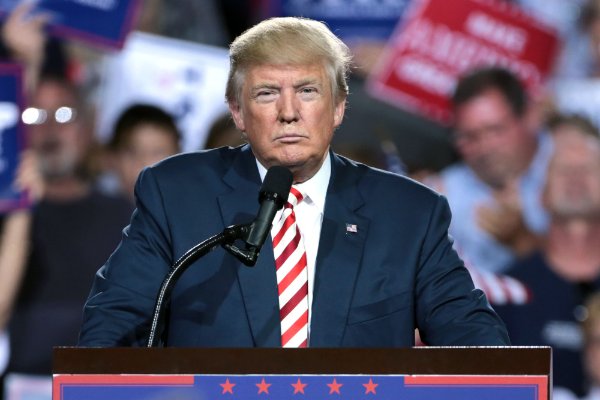 Reacting to the January 6 violent riot at the U.S. Capitol, some lawmakers in Congress from both major political parties have called for President Donald Trump to be removed from office, either via the 25th Amendment or impeachment proceedings.

Donald Zinman, professor of political science at Grand Valley, said he thinks that one of those two removal processes will take place, but he's unsure how far either attempt will go at removing Trump.

Zinman said this situation is unique in that the 25th Amendment process to remove a president from power has never been done involuntarily, against a conscious president's will. Zinman said it was normally used when a president was incapacitated due to medical issues. Zinman did say, however, that the process of removal could take place if a sitting president continuing to hold office is a danger to the nation.

"If the vice president and a majority of the congressionally-approved cabinet members agree the president's mental faculties are so far gone that it becomes dangerous to the country, it could be done," Zinman said. "The biggest challenge would be to get votes from a majority of the cabinet. Zinman said the recent departures of Elaine Chao, former Secretary of Transportation and Betsy DeVos, former Secretary of Education, leaves the number of congressionally-approved cabinet members who aren't staunch Trump loyalists at a small figure.

"Hardcore loyalists like (Secretary of State Mike) Pompeo and (Secretary of Housing and Urban Development Ben) Carson, they're likely really going to go to the mat for Trump. I don't see them casting a vote to remove their leader," Zinman said.

Zinman also noted that even if a vote to invoke the 25th Amendment were to get through Vice President Mike Pence and the cabinet, Trump would still have the ability to challenge it, which would have to go before Congress for recognition by two-thirds of the body.

If the 25th Amendment isn't used, Zinman said, impeachment is another way Trump could be removed from office, and the short timetable before his term expires isn't necessarily a roadblock.

"Impeachment, if there is a will to do it, you can do it expeditiously," Zinman said, "but politicians aren't that way, generally. They would call for investigations and paper pushing."

However some situations are emergencies and need to be treated that way, Zinman said. In the House, leaders could bypass a judiciary committee and bring a resolution to the floor and have a vote. In the Senate, which would hold a trial, Zinman said a trial could be over in a single day if the situation so warranted.

"If there was a genuine will to get Trump out of office, they could, but there's lots of room for foot-dragging and running out the clock," he said.

Another key consideration, Zinman said, is that impeachment and removal from office can also carry a ban on running for federal office ever again. Zinman said that a post-term impeachment may be more likely as some Republicans not wishing to vote out a sitting president may get on board with an impeachment vote to prevent Trump from running again.

"Impeaching Trump would allow Congress to establish a binding resolution that he is barred from federal office ever again," Zinman said. "It would make the impeachment process actually have some teeth, rather than being largely symbolic."