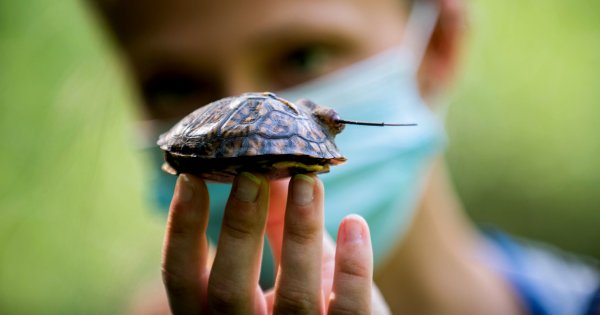 Student researchers search for young turtles as part of a project to help with survival chances for the animals.
Image Credit: Kendra Stanley-Mills

Eastern box turtles have hinges on their shells that allow them to actually form a box — thus their name — that fully contains their other body parts when threatened.

It is armor that is virtually impenetrable for mature turtles. The problem is it takes awhile for that shell hinge to develop, making slow-growing babies highly vulnerable to predators, particularly raccoons, according to Jennifer Moore, associate professor of biology.

That's why experts from Grand Valley and John Ball Zoo in Grand Rapids are giving these young turtles a head start in the hopes of boosting their survival chances and boosting the declining numbers of the species. The project is centered at Pierce Cedar Creek Institute in Barry County, a nature center that had a small, aging population of Eastern box turtles with no indication babies were surviving.

The effort, which also includes Grand Valley students Faith Kuzma and Megan Moma, is giving the baby turtles a better chance to ward off predators by accelerating their maturity.

"We're getting them over that high mortality hurdle at the beginning," Moore said. 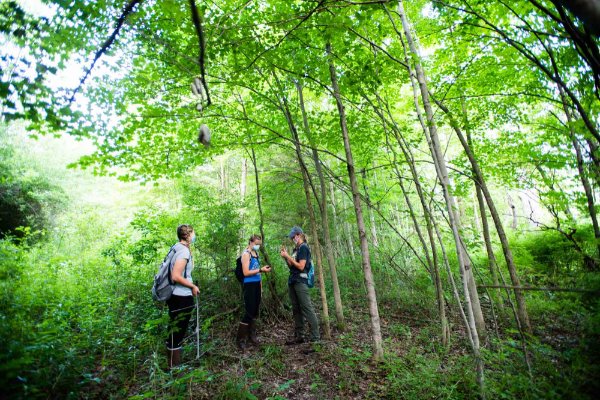 The researchers have completed their first cycle of the year and are embarking on their second. Kuzma and Moma have been venturing out at the nature center to monitor the babies, which are tracked through radio transmitters. They also started the second year of the project by again checking for nesting.

This is all part of a conservation strategy called headstarting, which involves monitoring nesting females and placing specialized cages over eggs that are laid during the summer and hatch in early fall. The hatchlings are gathered and brought to the zoo for feeding and monitoring over the winter, Moore said.

By doing this, the babies achieve three to four years of growth over the winter. This happens because at the zoo they are fed throughout the winter, unlike in the wild, where new hatchlings almost immediately go to sleep for the winter and as a result are dormant, Moore said.

Once at the zoo, the hatchlings were given their own enclosures with basking spots and objects like moss and containers to encourage the hiding behavior they exhibit in the wild, said Bill Flanagan, conservation manager for John Ball Zoo. The babies also received specialized lighting to promote bone growth.

Flanagan said one issue researchers key on with such a strategy is how well the turtles acclimate once released.

"The worry when we take them out of a wild situation is are they going to be able to act like wild turtles?" Flanagan said. "If they aren’t hiding themselves appropriately and doing normal turtle behavior to survive, that is worrisome. But the students have a pretty good idea so far that the turtles are doing well since we released them. They're all buried down in the dust like they’re supposed to be."

"I learned a lot of skills that I can use in the the future, such as radio telemetry," said Moma, who is majoring in biology and also studying ecology. "I gained a new appreciation for a native species, and I think it helps to teach people about native species to help take care of our habitats."

Kuzma, a natural resource management major, also worked on the project last summer. She said she has "definitely gained a new appreciation for box turtles that I haven't had before" and is grateful for the opportunity to learn from both Grand Valley and zoo experts. 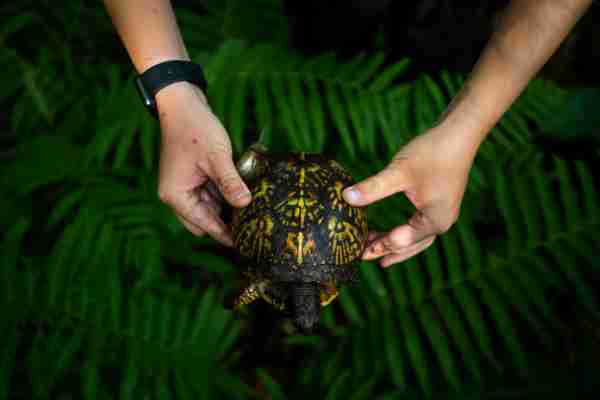 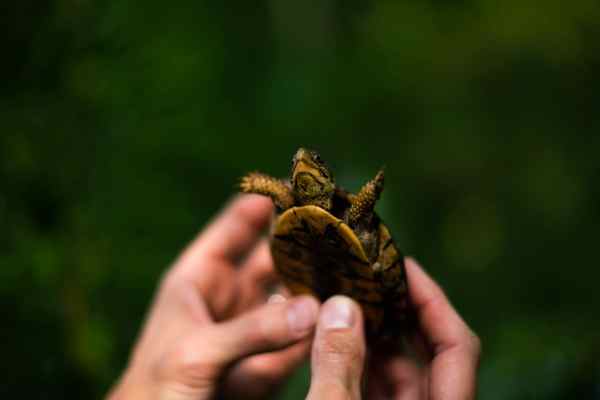 Turtles, like a lot of amphibians and reptiles, are indicators of a healthy ecosystem, Moore said.
Kendra Stanley-Mills 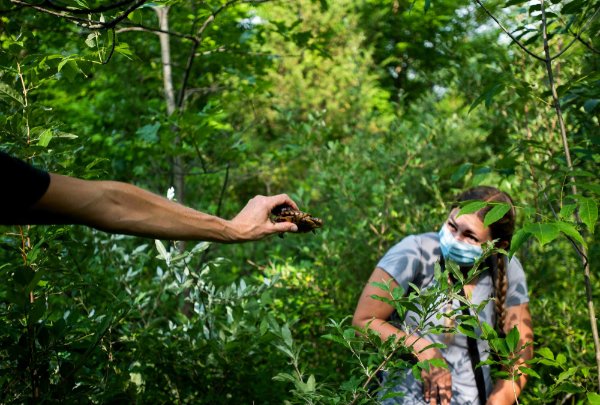 Flanagan said this project aligns with other conservation efforts by the zoo, such as a headstarting program for wood turtles. He noted the collaboration with Grand Valley on Eastern box turtles also allows for the needed collection of more information on these animals.

Flanagan and Moore both emphasized the importance of this conservation effort given that raccoons are a main predator of young turtles. The raccoon population is out of balance ecologically, they said.

"Raccoon populations have skyrocketed because of how well they do around the human population," Flanagan said. "It is natural to face raccoon predation. It is not natural for them to face the level that North American turtles are facing right now." 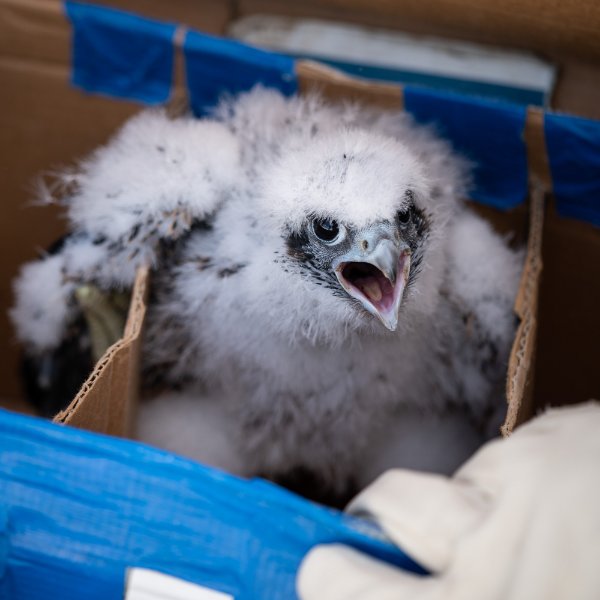