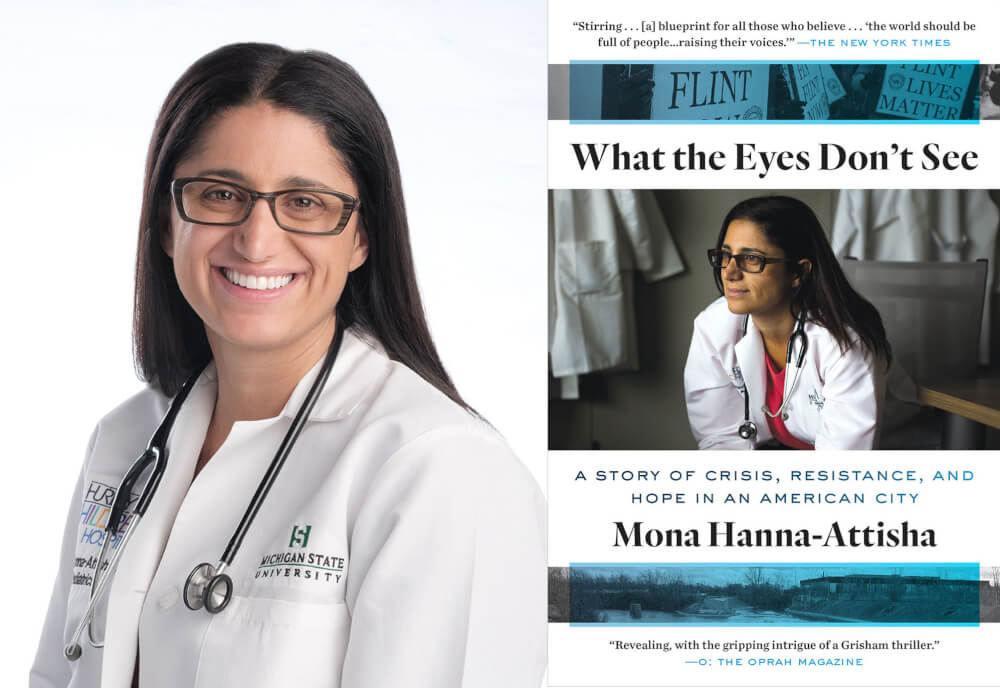 Dr. Mona Hanna-Attisha will discuss her nationally recognized book, "What the Eyes Don't See: A Story of Crisis, Resistance, and Hope in an American City," on Tuesday, March 24, beginning at 6 p.m. in the DeVos Center, Loosemore Auditorium.
Image Credit: courtesy photo 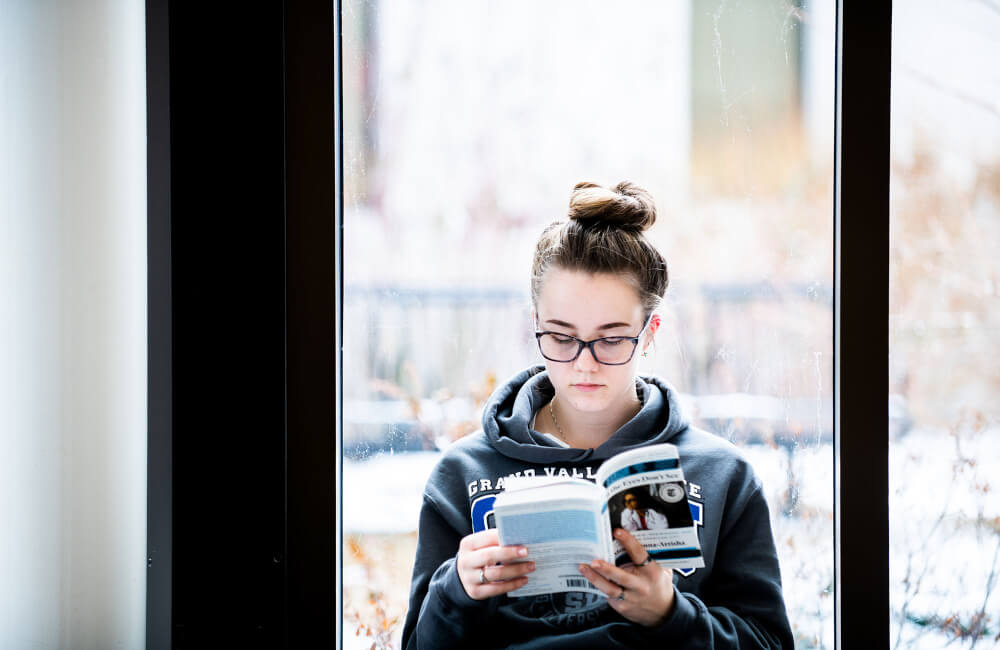 UPDATE: Per GVSU policies, this event has been canceled.

The author of a book recounting her discovery of how children and residents of Flint were exposed to lead in their drinking water will visit campus as part of the Great Michigan Read.

Dr. Mona Hanna-Attisha will discuss her nationally recognized book, "What the Eyes Don't See: A Story of Crisis, Resistance, and Hope in an American City," on Tuesday, March 24, beginning at 6 p.m. in the DeVos Center, Loosemore Auditorium.

Hanna-Attisha will have a conversation with state Rep. Rachel Hood (D-Grand Rapids), and sign books following the event.

The event is free, open to the public and presented in partnership with Grand Valley's Kutsche Office of Local History and Grand Rapids Public Library.

Kimberly McKee, director of the Kutsche Office of Local History, said the event aligns with how the office deploys an intersectional approach to history, and connects with its recent project highlighting the Grand River.

"Hosting Dr. Hanna-Attisha for a conversation supports the Kutsche Office’s interest in considering how local history intersects with environmental history, picking up on some of the themes that emerged from our Connections Along the Grand River project," McKee said. The Grand River project was also funded by Michigan Humanities, a sponsor of the Great Michigan Read.

Julie Tabberer, manager of the Grand Rapids History and Special Collections department at GRPL, said a discussion about safe drinking water is important to everyone.

"Dr. Hanna-Attisha's visit is an opportunity to bring increased awareness and elevate an issue that affects our community," Tabberer said. "This is an important conversation about what we can do to prevent lead exposure in all of our children."

Hanna-Attisha is the founder and director of the Michigan State University and Hurley Children’s Hospital Pediatric Public Health Initiative in Flint. Currently an associate professor of pediatrics and human development at the MSU College of Human Medicine, she has been named one of Time magazine’s 100 Most Influential People in the World. She was among the first to question if lead was leaching from the city’s water pipes after its water supply was switched to the Flint River in 2014.

"What the Eyes Don't See" was named a New York Times Notable Book in 2019.

The 2019-2020 Great Michigan Read is presented by Michigan Humanities and supported by national, statewide and local partners, including the National Endowment for the Humanities and the Meijer Foundation.