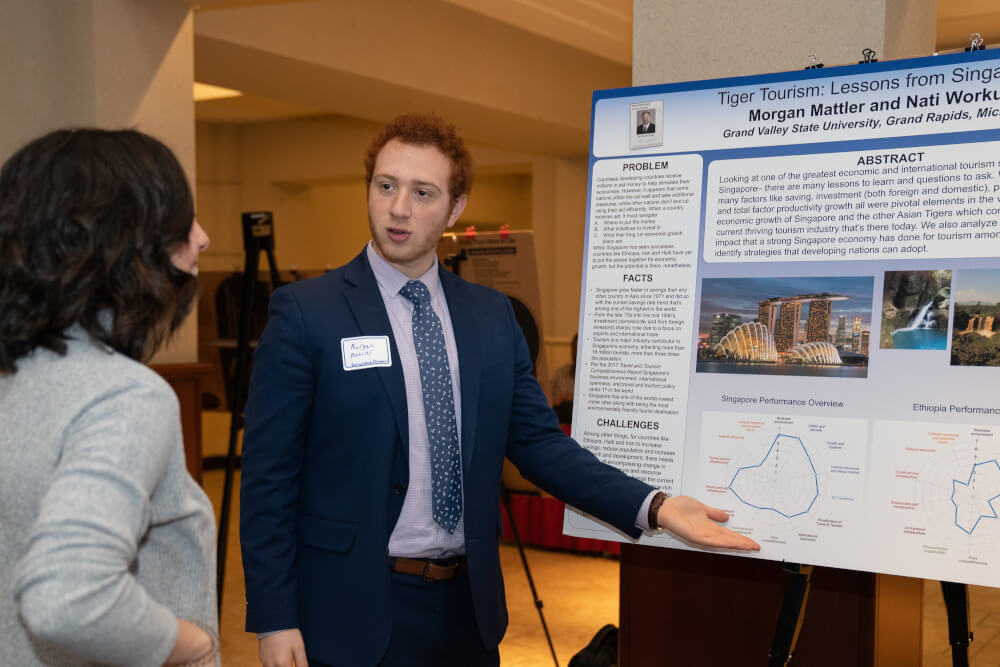 Morgan Mattler presents research on Singapore, known as one of the Four Asian Tigers, countries that experienced rapid economic growth between the 1960s and 1990s.
Image Credit: Valerie Wojciechowski 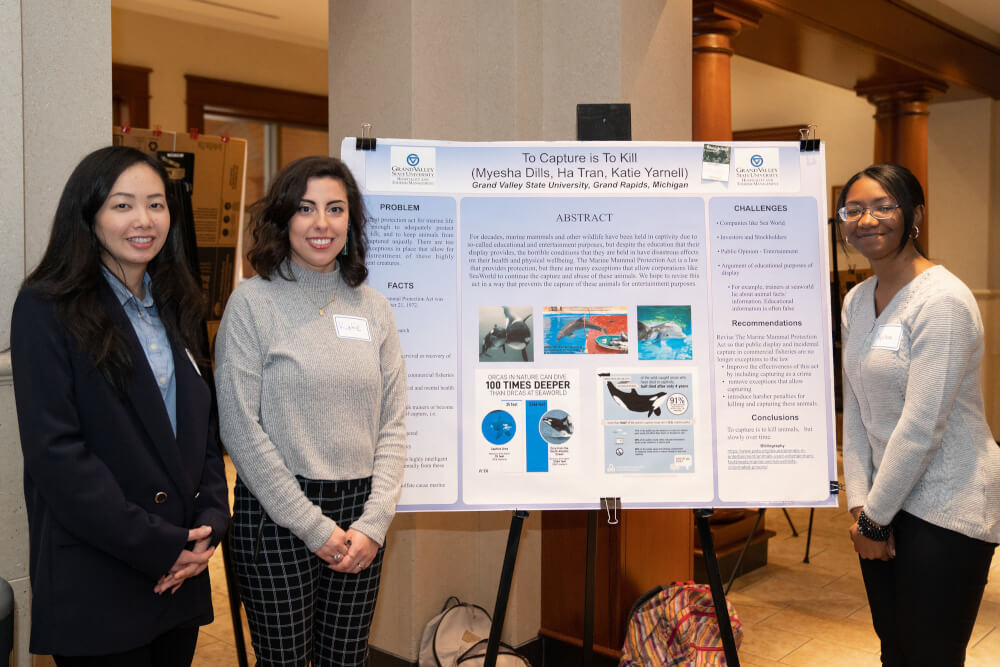 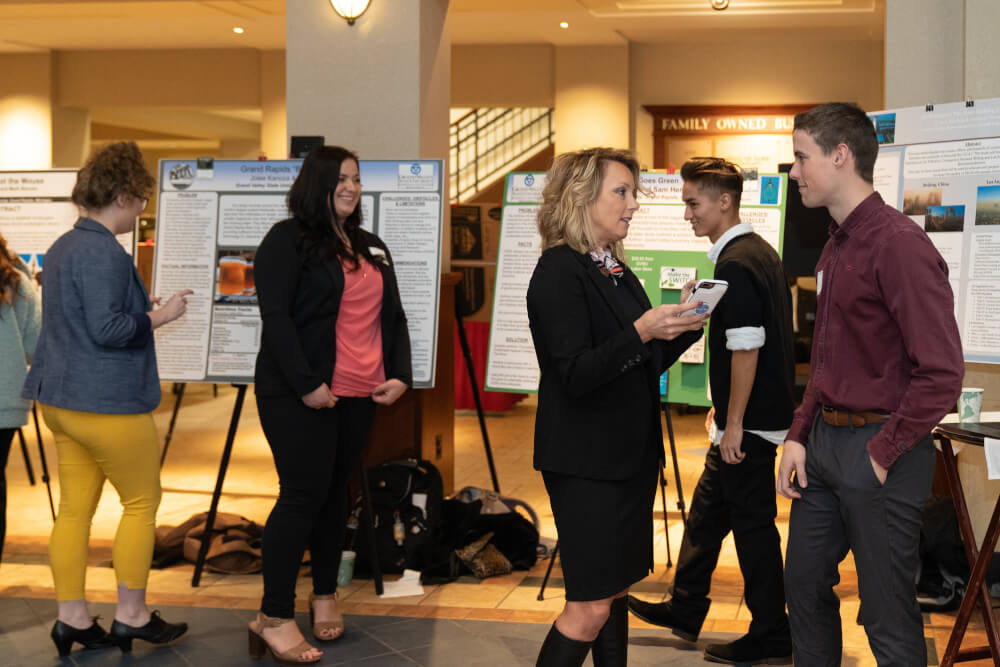 More than 100 students presented their research and proposed solutions to pressing problems during a day-long symposium sponsored by the College of Community and Public Service.
Image Credit: Valerie Wojciechowski 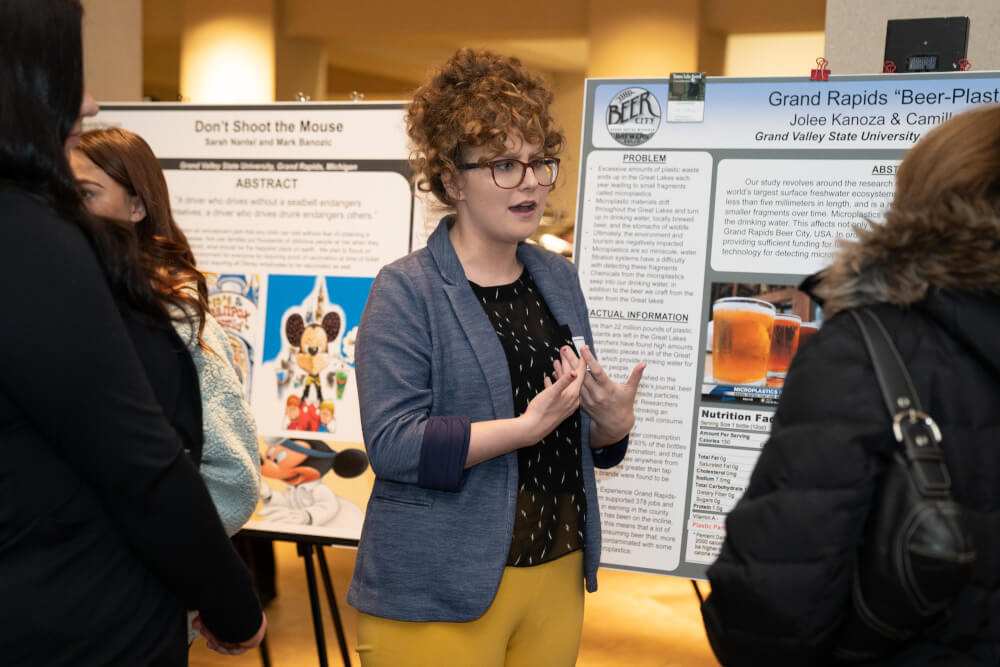 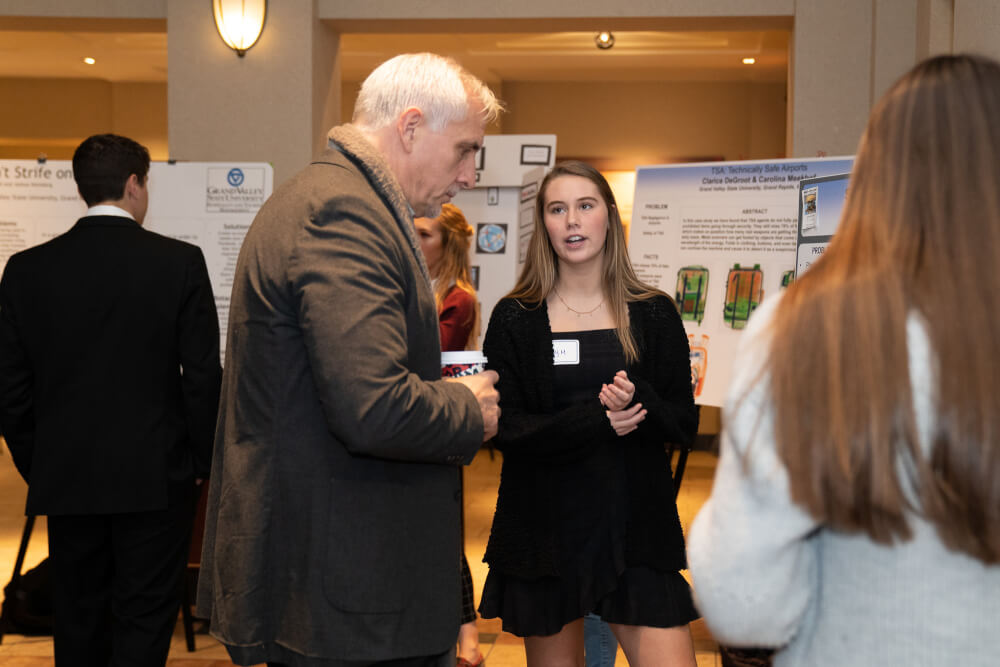 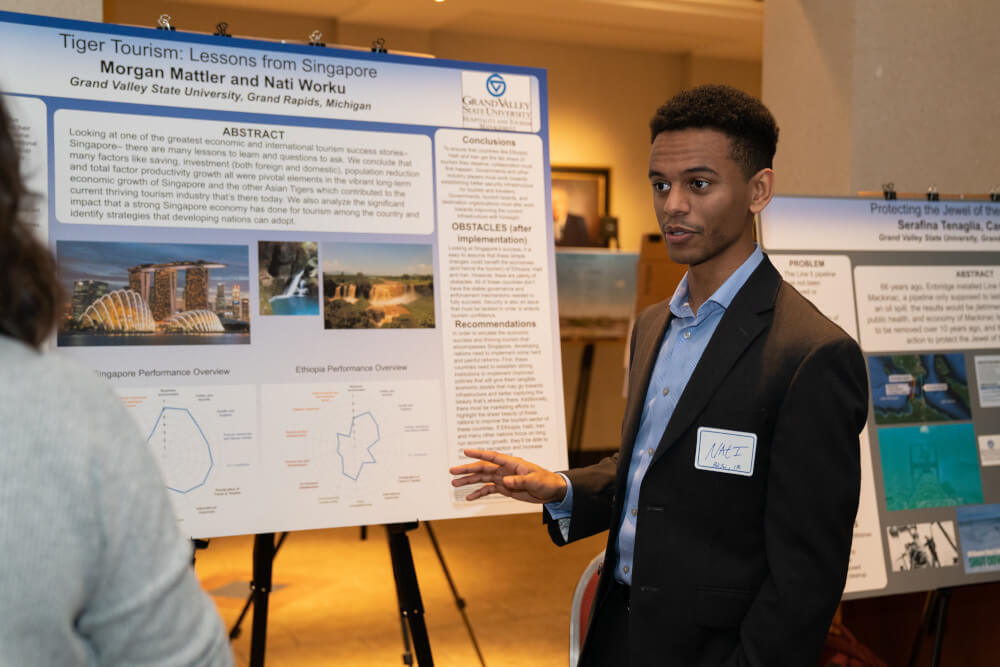 Nati Worku presents research on Singapore, known as one of the Four Asian Tigers, countries that experienced rapid economic growth between the 1960s and 1990s.
Image Credit: Valerie Wojciechowski

From how to combat the effects of climate change on ski resorts, to preventing California wildfires, to eradicating rural poverty in Michigan, more than 100 students presented their research and proposed solutions to pressing problems during a day-long symposium sponsored by the College of Community and Public Service.

The inaugural Community-Engaged Student Research Symposium was held November 20 in Loosemore Auditorium on the Pew Grand Rapids Campus with the theme: Change is On You.

• Morgan Mattler and Nati Worku focused their research on Singapore, which is known as one of the Four Asian Tigers, countries that experienced rapid economic growth between the 1960s and 1990s.

"We found four major keys to Singapore's tourism success that could be duplicated in countries like Haiti, Iran and Ethiopia," said Mattler. "Singapore increased its savings, which was the most important thing. They also increased foreign and domestic investments, and increased research and development. Finally, they reduced the population through education about contraceptives."

• Eric Lebryk, a sophomore and supply chain management major, said that after conducting extensive research on the Enbridge Pipeline 5, a major oil pipeline that passes under the Straits of Mackinac, he supports the construction of a new underground tunnel.

"The pipeline was built in the 1950s and it's getting old," said Lebryk. "Environmentalists are pushing for that section of the pipeline to be shut down for good, but Enbridge is proposing an underground tunnel that will shelter the pipeline from ever leaking into the Great Lakes. It could be built within six years."

• Joe Candela, a senior and political science major, proposed an 11th article to the U.N. Code of Ethics that would give tourists certain rights if they are arrested in a foreign country.

"There is no set code for the rights of tourists arrested overseas," said Candela. "At a minimum, tourists should have the right to a phone call and a lawyer who speaks their language. Tourists should also be considered innocent until proven guilty."

• Brandon Stevens, a sophomore and business major, said he decided to research the dangers of distracted driving because his high school friend was killed in a car accident after a distracted driver hit his vehicle, sending it into oncoming traffic.

"It should be illegal in Michigan, like it is in 16 other states, to even hold a phone while driving," said Stevens. "You think you're only looking down for a second. If you're going 55 mph, it only takes five seconds to travel the length of a football field."

• Myesha Dills, Ha Tran and Katie Yarnell agreed to work together to research protection for marine life after watching two documentaries in their hospitality and tourism management class: "The Cove" and "Blackfish."

"Marine animals used for public display, like those at Sea World, have a decreased life expectancy and suffer mentally," said Dills. "We propose revising the Marine Mammal Protection Act so that 'public display' and 'incidental capture in commercial fisheries' are no longer exceptions to the law." 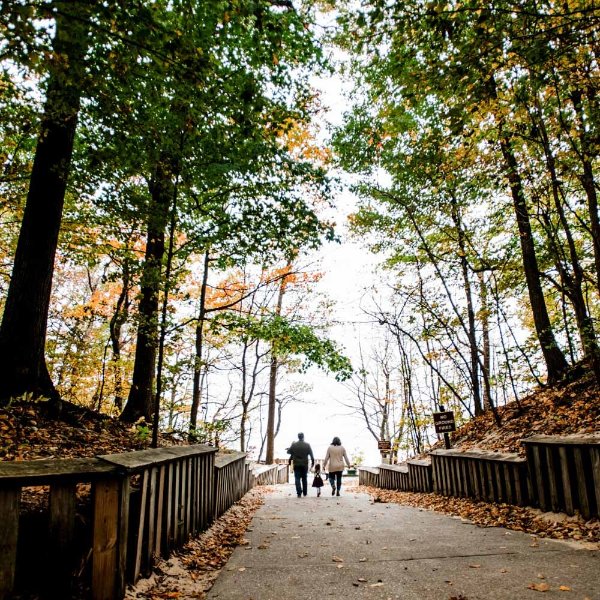 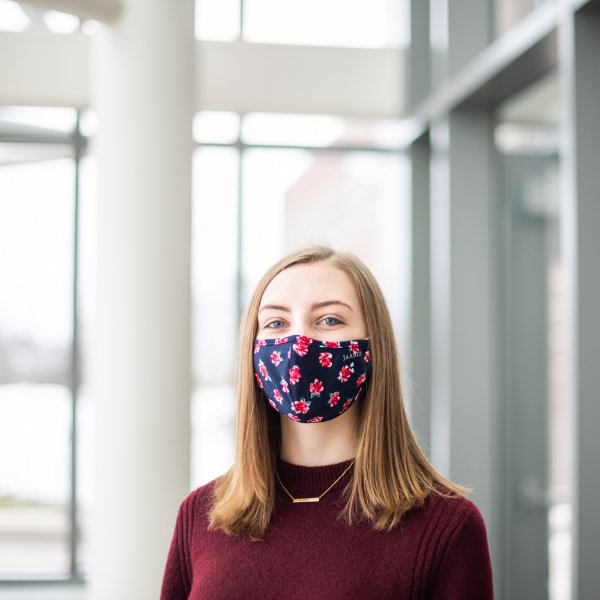 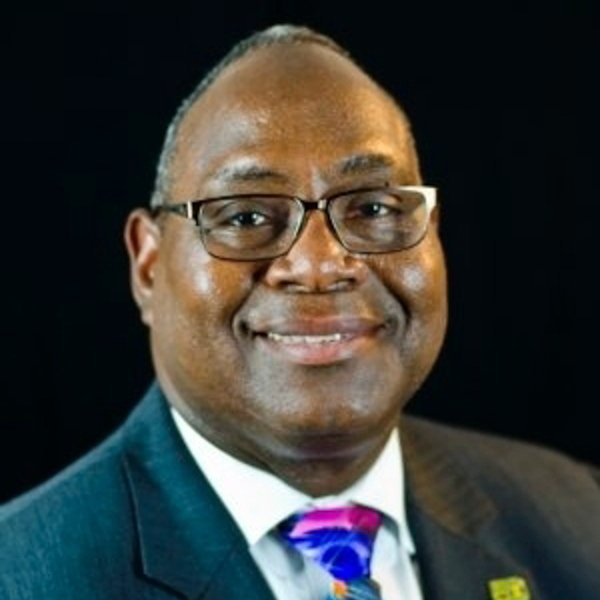 In his classes, Michael Scantlebury uses 'as many avenues as possible' to reach students online