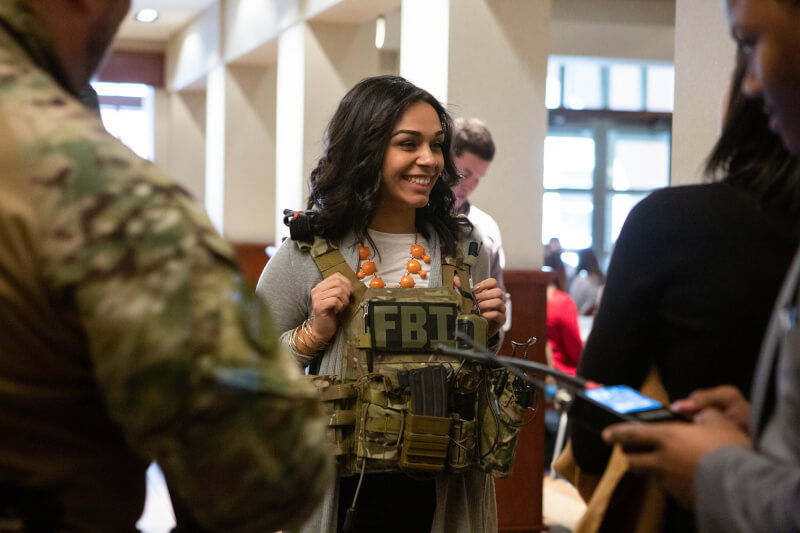 Students had the opportunity to interact with FBI agents during the 2019 FBI Collegiate Academy January 25.
Image Credit: Rachael Mooney 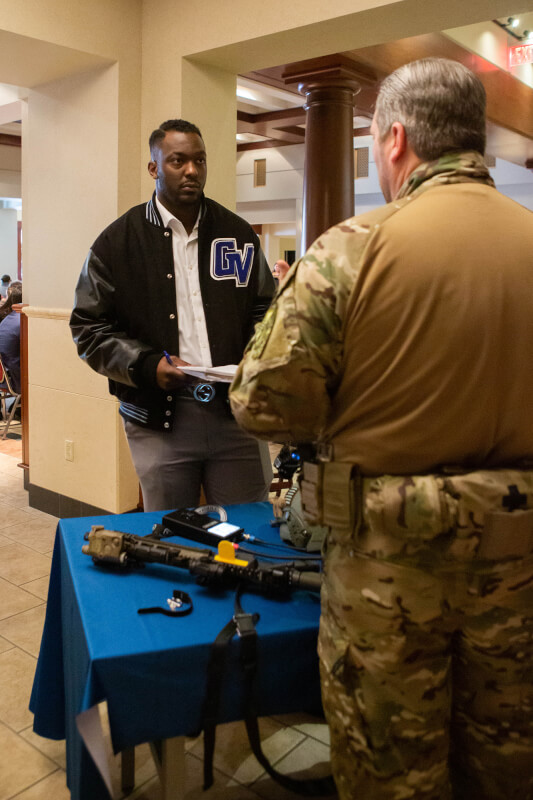 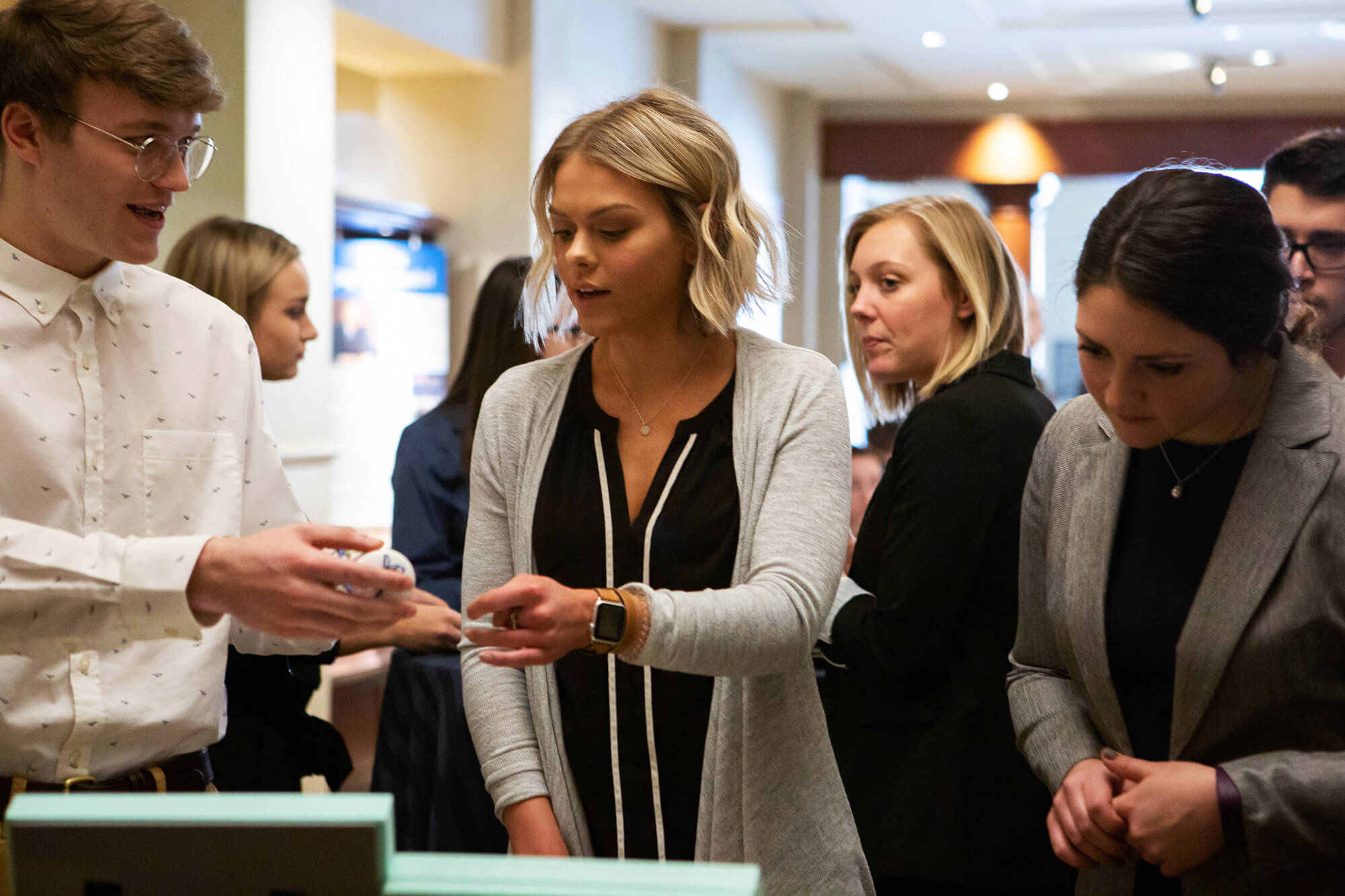 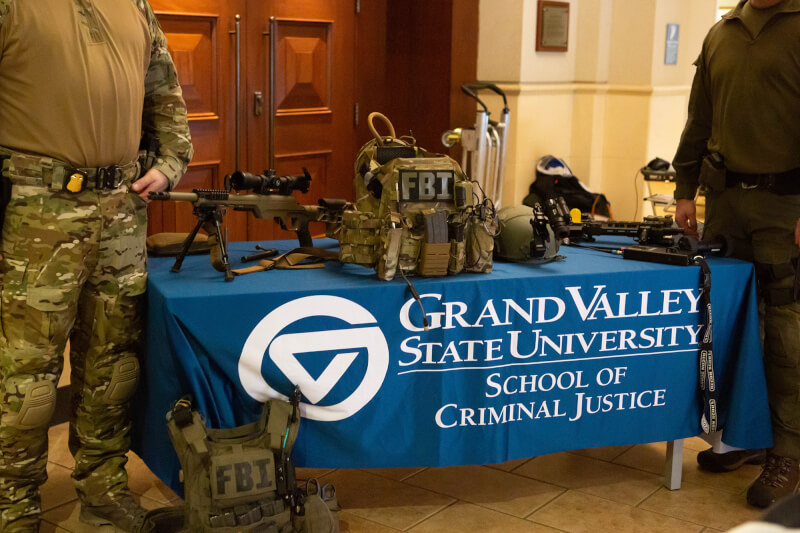 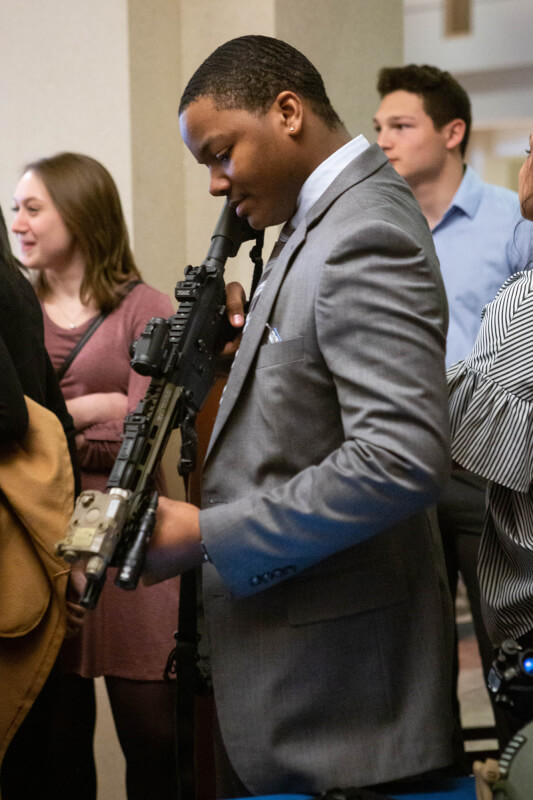 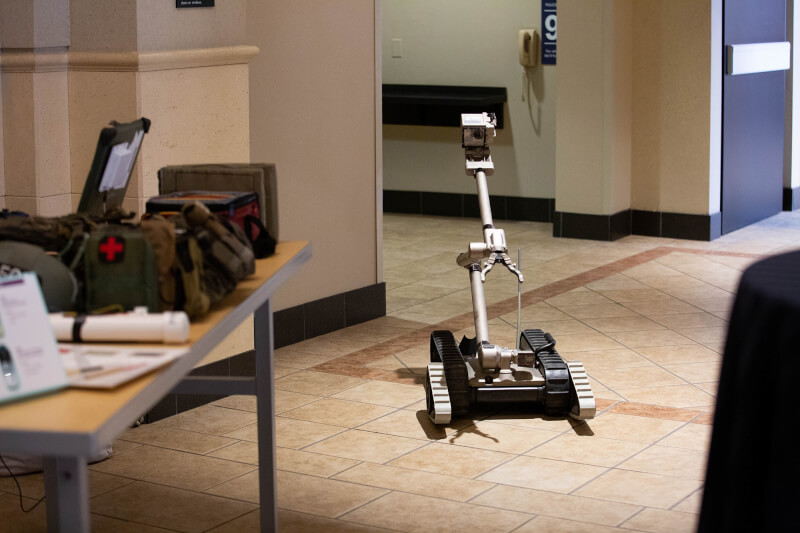 About 180 Grand Valley students had the opportunity to interact with FBI agents during the 2019 FBI Collegiate Academy January 25.

The daylong workshop, hosted by Grand Valley's School of Criminal Justice, was held in Loosemore Auditorium in the DeVos Center on the Pew Grand Rapids Campus.

Students had the opportunity to hear from special agents and professional staff from the FBI Detroit division's Grand Rapids Resident Agency. Students got a first-hand look at the latest tactical equipment used by the FBI and talked with agents about topics including terrorism, counterintelligence, hate crimes, gangs, human trafficking, cyber intrusions and more.

Williamson Wallace, director of criminal justice training at Grand Valley, said the FBI is interested in reaching students from all academic areas. "In addition to providing students with updated information and examples of their investigations, it can be a way for the FBI to identify and recruit employees."

Students received a certificate of completion at the end of the seminar. 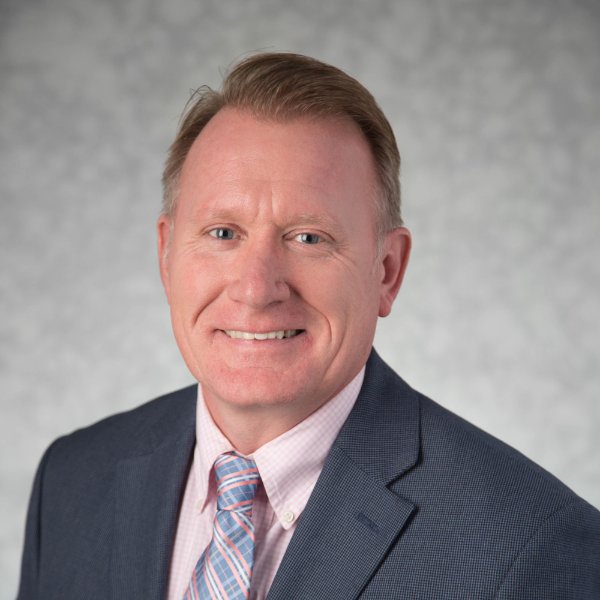 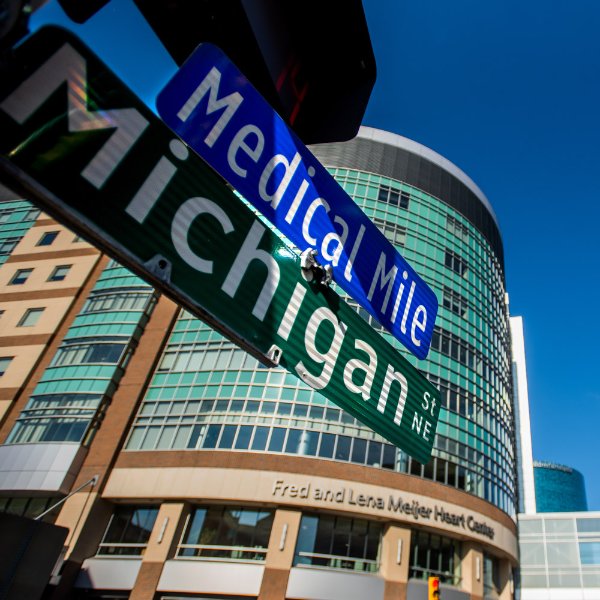 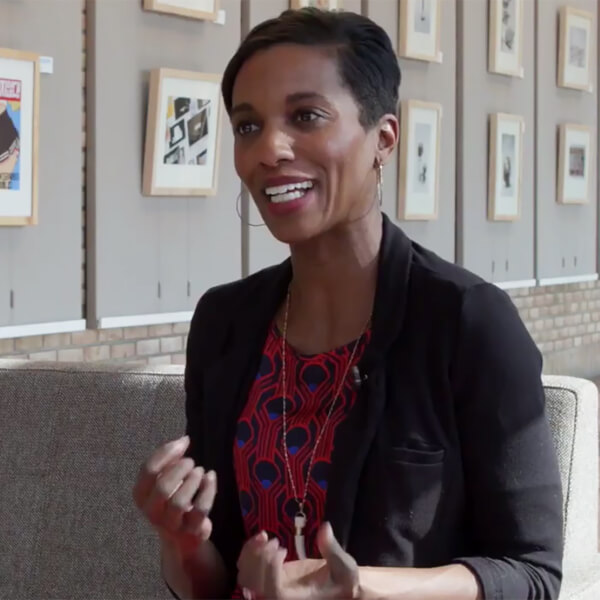