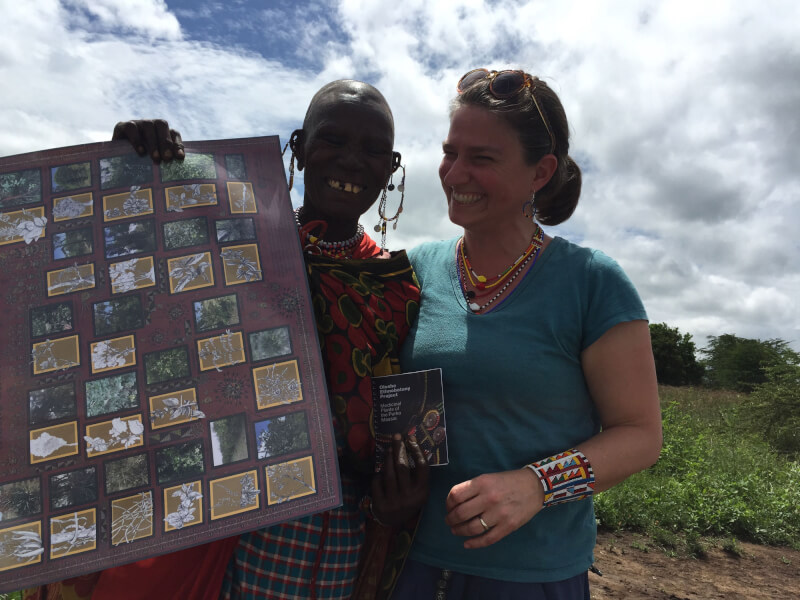 A Grand Valley professor is preserving the medical traditions of an indigenous community in Kenya by cataloging the medicinal plants used by the Maasai tribe.

The catalog was created by Kristin Hedges, assistant professor of anthropology, who has been working with the Maasai since serving in the Peace Corps in Kenya from 2000-2003. The Maasai inhabit areas in southern Kenya and northern Tanzania.

Hedges said these historically semi-nomadic people are concerned about the effects of urbanization on their culture and traditions and that Maasai youth are turning to pharmaceuticals for their medical needs instead of using traditional medicinal plants.

“The Maasai have a history of being traditional; the stereotype in Kenya is that they’re backward and that they haven’t modernized,” Hedges said. “I think that some of the elders feel like that’s why the youth don’t want to use the medicine.”

In response to these concerns, Hedges developed the informational booklet, “Medicinal Plants of the Purko Maasai,” which she said can help preservation efforts regarding the Maasai identity.

“There’s this big question of what it will mean to be Maasai in the future,” Hedges said. “This is one part of their identity that they want to keep while they’re taking in Western goods and other modern ways. The booklet is giving them a way to do that.”

After compiling her research on the plants, Hedges presented her work at a College of Liberal Arts and Sciences research colloquium in March 2017. This is where she met Vinicius Lima, assistant professor of graphic design and foundations at Grand Valley, who was presenting his work on exhibition catalogs. Inspired by his presentation, Hedges enlisted Lima to help with the design of her catalog.

“I think design has the ability to communicate information clearly, so on a functional level that really helps,” Lima said. “It validates the knowledge that’s already there; in some ways, it acknowledges it and makes it even more important.”

The catalog features 22 medicinal plants, as well as sketches of each plant that were illustrated by Anthea Mitchell, a senior biochemistry major at Grand Valley. Hedges returned to Kenya last summer and distributed 40 copies of the booklet to the Maasai.

“The elders, even if they can’t read it, have a lot of pride in it, that their knowledge is this valuable,” Hedges said. “Across multiple generations and across rural and urban divides, it ends up being a really useful resource.”

Hedges has plans to continue to expand her work on this project. Next, she will record the scientific names of the plants and get the book registered with the Library of Congress to acknowledge that the ideas belong to the community and to safeguard them from biopiracy.

Additionally, Maasai community members noted a group of plants that need to be added to the book, which Hedges hopes will lead to a second edition. Hedges will also partner with Tim Evans, associate professor of biology, who will travel with her to Kenya in the summer of 2019 to establish a local herbarium that will include these plants.

“Now that we have it in writing, they actually want to take a sample of all these plants and have them pressed locally, and use that as a local learning center to have lessons on how to use these plants,” Hedges said.