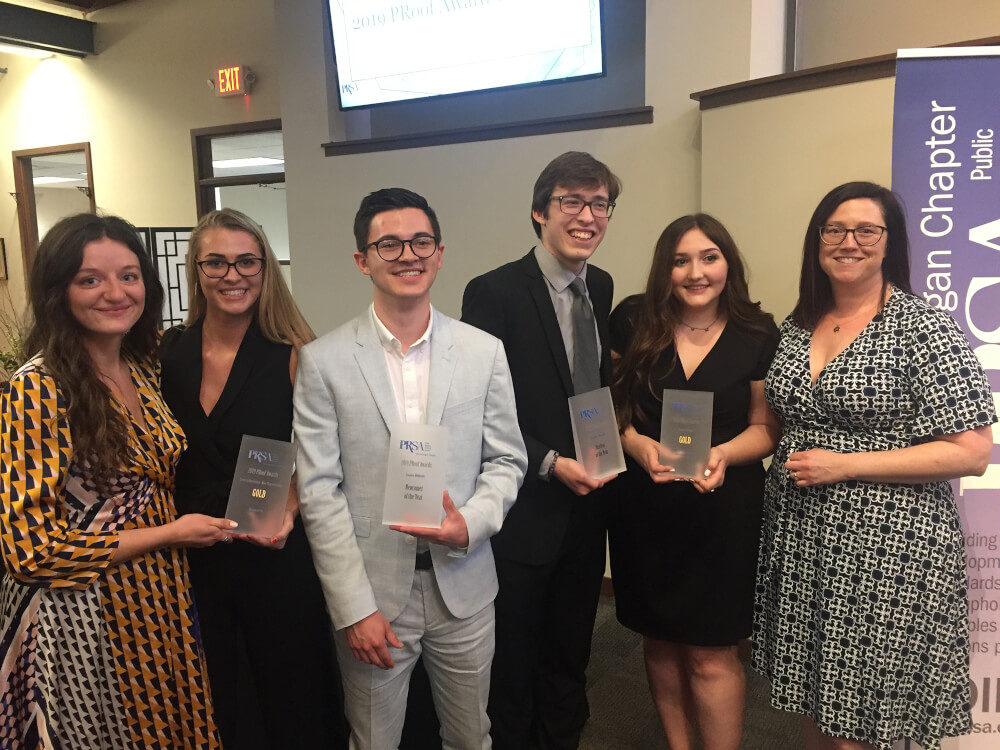 Students, alumni and faculty members from GV received awards from the West Michigan PRSA on May 22.
Image Credit: Courtesy Photo

The awards recognize the best examples of public relations tactics and campaigns, as well as several individual awards.

Students from the student-run PR firm GrandPR received three Gold PRoof Awards, including one for its "PR Hangover" podcast, one for its work promoting "Sawyers Day" with Grand Valley athletics, and one for "Timeless 10" which celebrated the 10th anniversary of the student group.

Individual awards were given to a student, an alumnus and a professor in the program.

Trevor Bryan, who was the GVSU PRSSA President in 2018-19, was recognized as the West Michigan chapter’s Student of the Year.

Sean Billisitz, a recent graduate now working at Truscott Rossman Public Relations, was named the 2019 Newcomer of the Year.

Adrienne Wallace, an assistant professor and faculty advisor to PRSSA and GrandPR, was named the 2019 PR Professional of the Year.

For more information on the Ad and PR program, visit gvsu.edu/soc/apr. 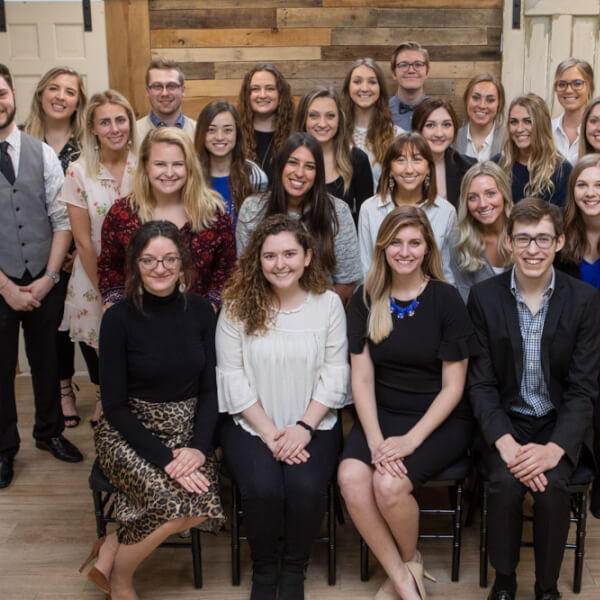 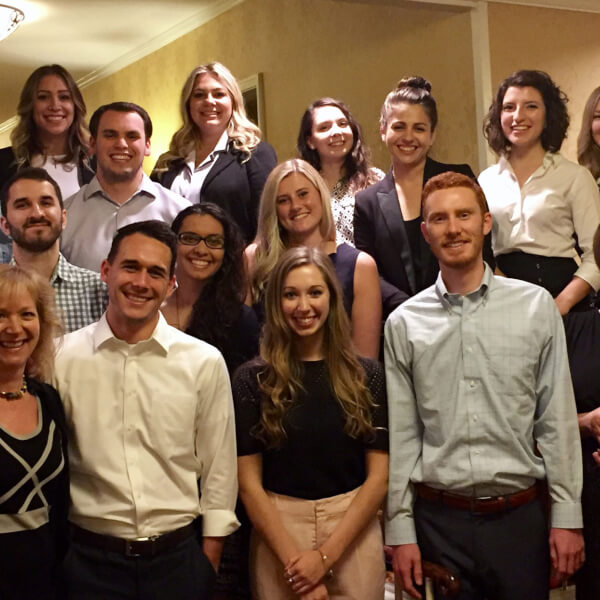 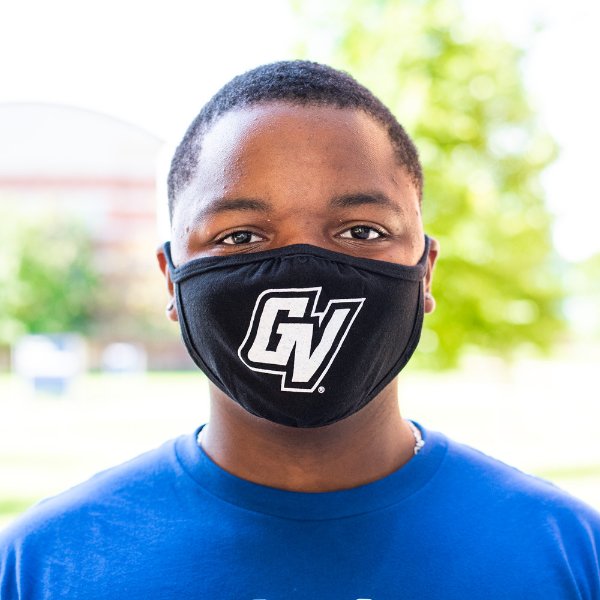