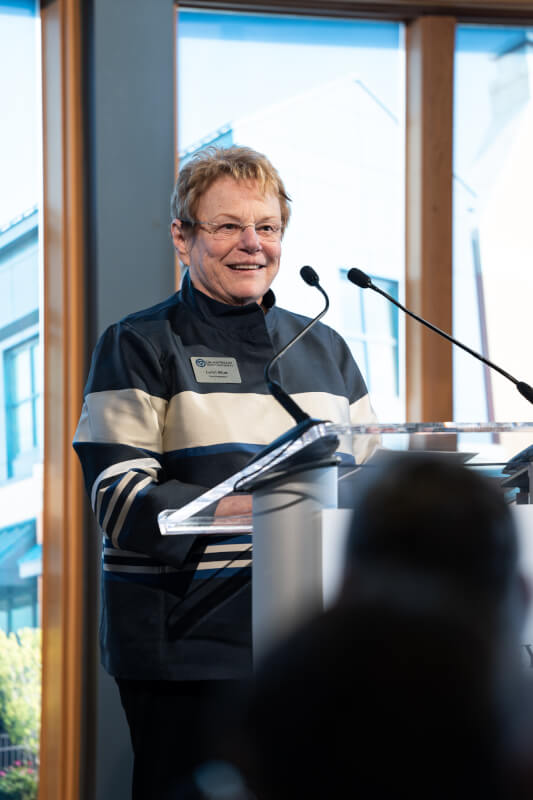 Lynn "Chick" Blue, '86, vice president for Enrollment Development, was honored for a legacy of mentoring students and her support for the university.
Image Credit: Amanda Pitts 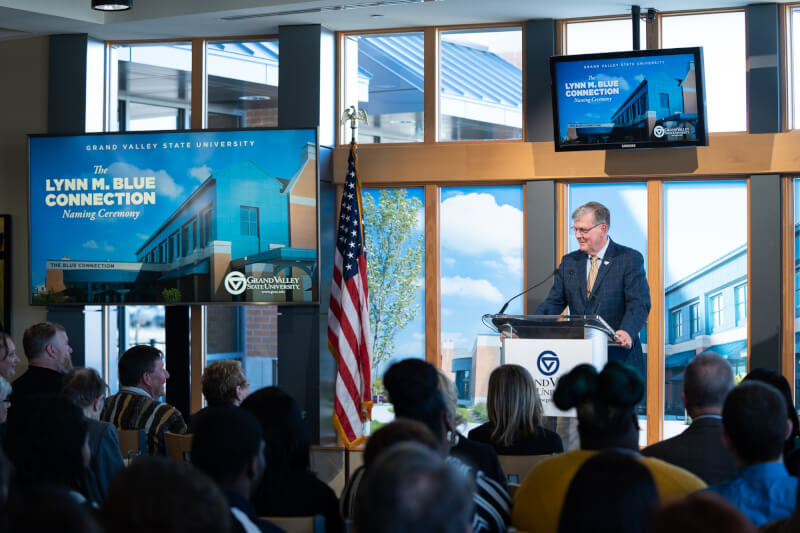 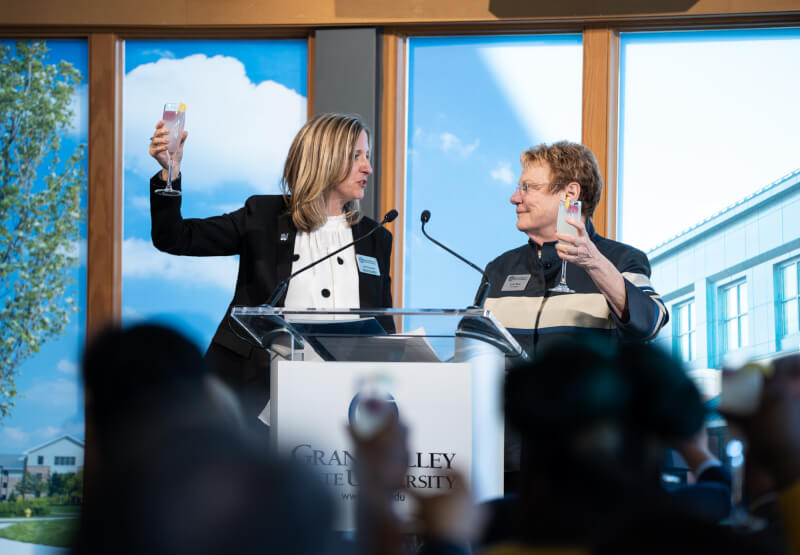 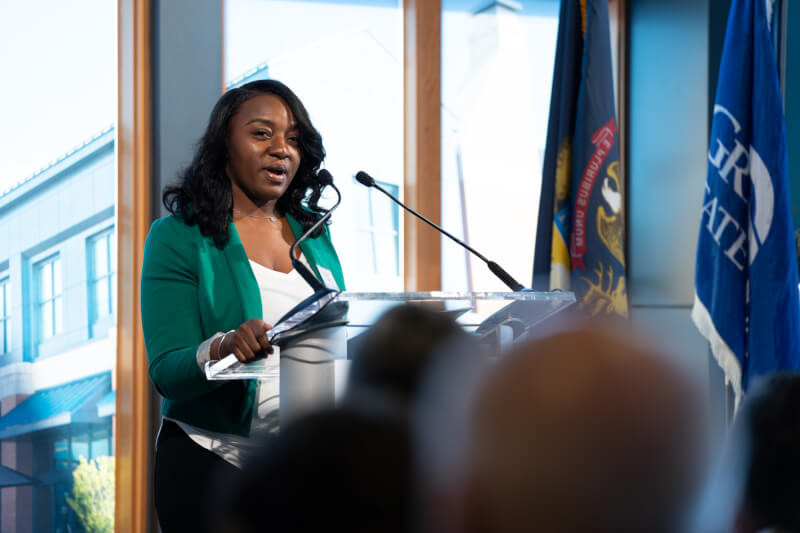 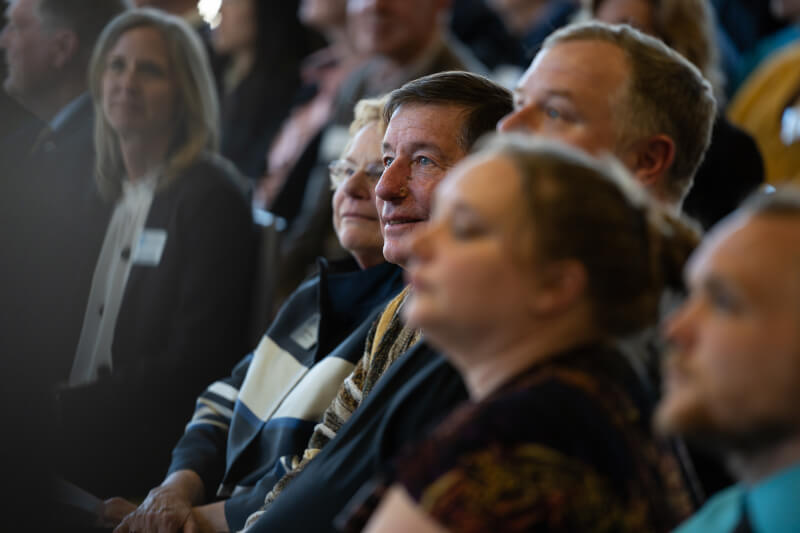 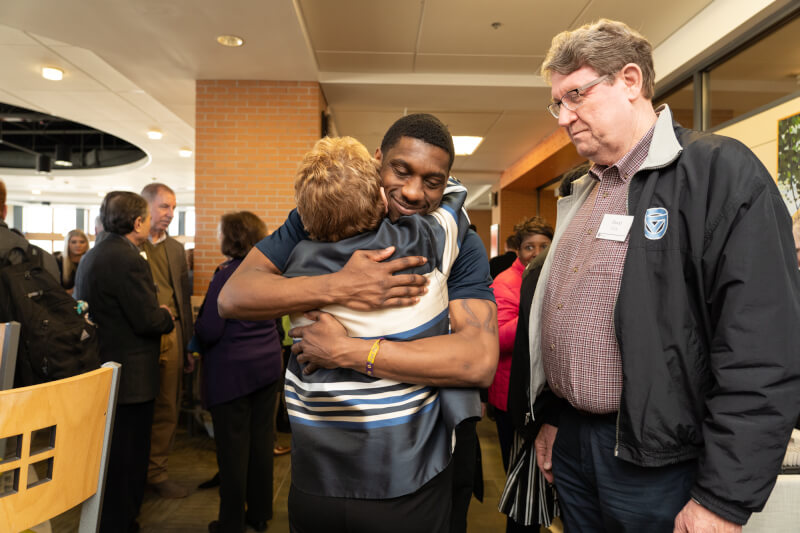 "In many ways, Chick's story 'is' the story of Grand Valley," said President Thomas J. Haas, during the naming ceremony for the Lynn M. Blue Connection April 9 on the Allendale Campus.

Blue, '86, vice president for Enrollment Development, was honored for a legacy of mentoring students and her support for the university.

"In 1968, when Chick began her career, this was a very different university, physically," said Haas. "One thing that didn't change was Chick's love of students, adaptability and innovative thinking."

Blue has held six positions and worked in at least 11 different offices during her more than 50 years at Grand Valley. She was instrumental in creating a one-stop service for students, integrating registration and financial services into one system.

Jodi Chycinski, associate vice president and director of Admissions, said Blue is an inspirational mentor who has dedicated her career to making Grand Valley feel like home to students.

"Chick has personally gone above and beyond to care for students," said Chycinski. "Understanding the financial barriers some students face, she started the Blue Working Family Scholarship, which will continue to help students in a significant way for generations to come."

Haas said in addition to investing her own time and financial resources, Blue's major accomplishments include her long-standing relationship with the University Prep Academies in Detroit and her establishment of the student textbook fund.

"Chick devoted her life to Grand Valley and its success; she is the epitome of our mission," he said. "She would literally give the coat off her back to a student in need."

Nyia Slade, a senior majoring in multimedia journalism, said the transition to Grand Valley was challenging after growing up in an urban environment in Detroit.

"When I was struggling during my first year here, Chick was my wonder woman," said Slade. "I was in jeopardy of dismissal, but conversations with Chick allowed me to utilize resources to succeed. Chick is compassionate, has a big heart and she looks for the good in every situation."

Slade will graduate in two weeks and said she plans to attend graduate school at Grand Valley.

Blue, who grew up with 16 siblings, said she learned the "fine art of nudging" from her mother.

"You have to get to know the people you are nudging," said Blue. "They can be their best on their own merits. Help them see they have the gumption and talent to succeed. Making people realize they can do it — that's what nudging is all about."

Blue said connecting students to Grand Valley is "the whole end game." She said that is why she's proud and humbled to have the Connection bear her name.

Blue was instrumental in designing the Connection, which opened in 2010 on the south end of campus. The building includes classrooms, study areas, the Disability Support Resources office, and dining. 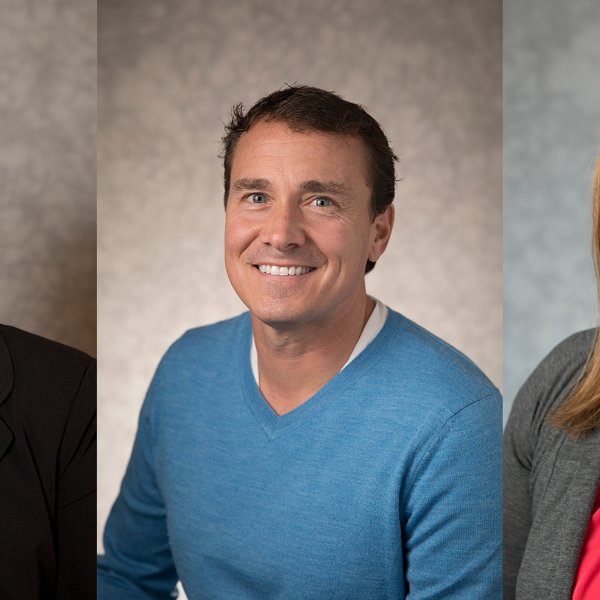 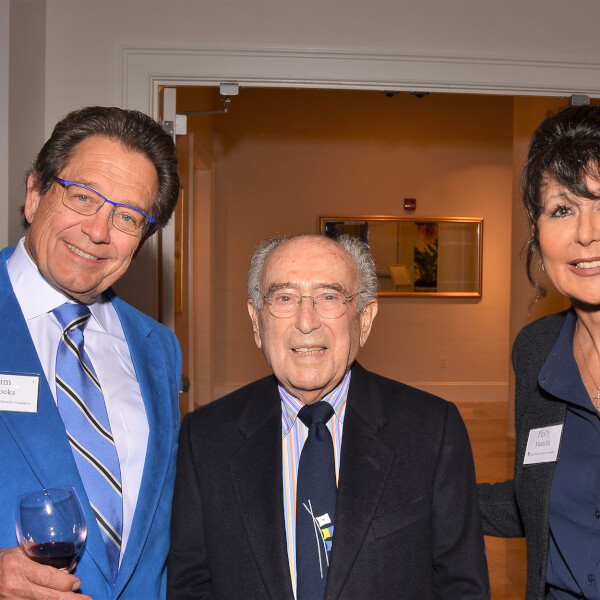 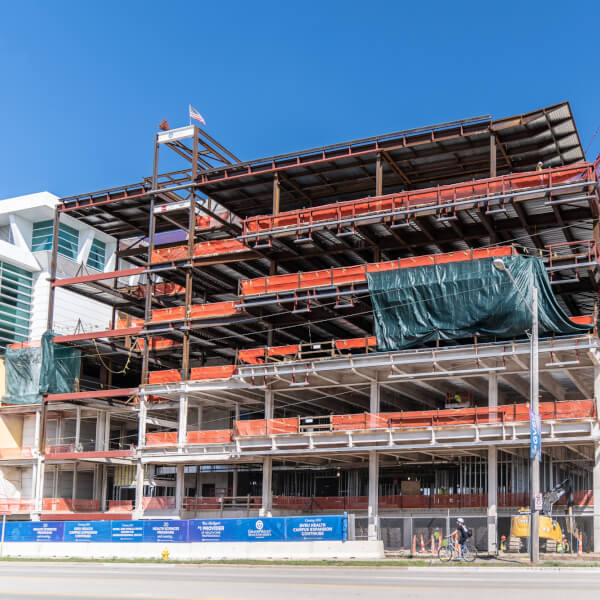