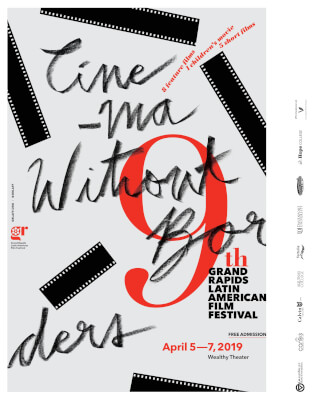 Eight full-length feature films from Chile, Brazil, Colombia, Ecuador, Mexico, Paraguay and the Dominican Republic, including the 2018 Oscar-winning Chilean film “Una Mujer Fantástica” (A Fantastic Woman), will be shown at the festival.

David Stark, professor of history and coordinator of the Latin American and Latino/a Studies program, said the event contains immense cultural value for the Grand Rapids and West Michigan communities.

“The festival engages the Grand Rapids community through the arts and offers perspectives that reflect Hispanic and Latino/a culture, language and roots in an accessible manner,” Stark said. “It also strives to promote an environment of inclusiveness and accessibility to the arts for a multicultural audience of professionals, students, families and individuals in the greater West Michigan community that they might not otherwise experience.”

Admission to the festival and all films is free. More information, including a schedule of films, can be found at www.grlaff.org/.

Events will focus on young immigrants

Conference on the Americas begins Friday