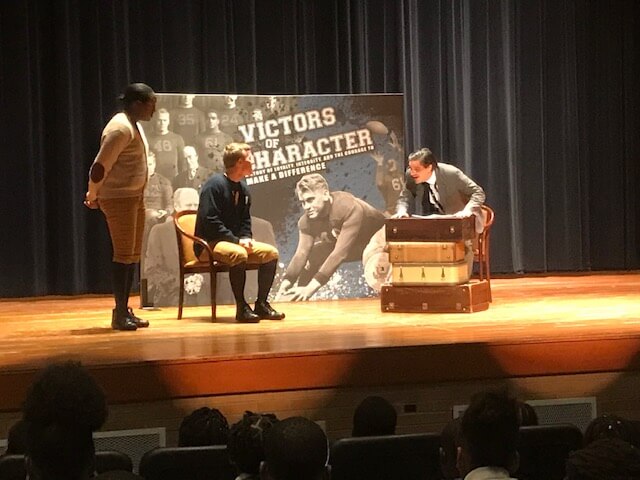 A scene from "Victors of Character."
Image Credit: Photo courtesy of Clare Shubert 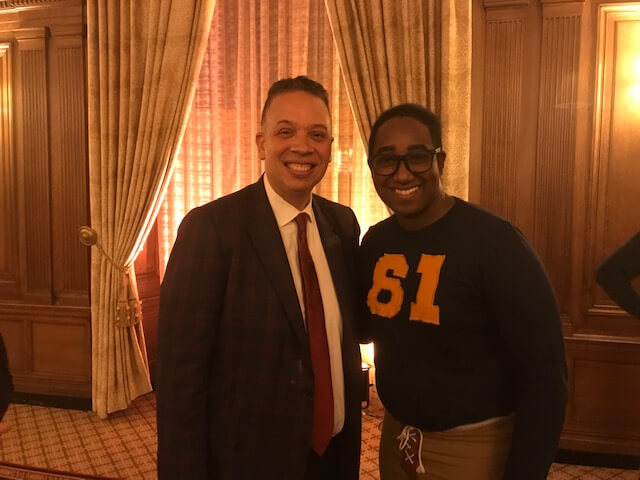 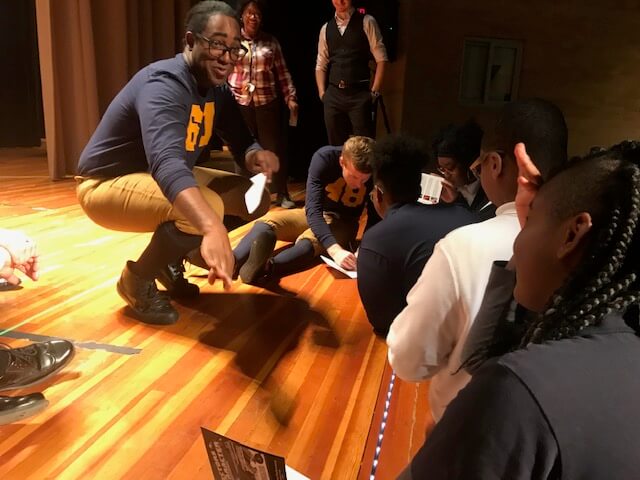 A play penned by a Grand Valley faculty member that tells the story of a seminal moment for President Gerald R. Ford and an African American teammate on the University of Michigan football team keeps expanding its reach.

In fact, the sustained run has exceeded original expectations and shows no sign of abating with performances lined up for next year and continued interest in additional showings, according to those associated with the play.

"Victors of Character" is a play written by Allison Metz, associate professor of theater, and based on the 2016 documentary "Black and Blue" by Brian Kruger and Buddy Moorehouse. The film tells the story of the 1934 game between University of Michigan and Georgia Institute of Technology.

Ford's ultimate decision provides relevant insight even today on how to be an ally for someone facing injustice, Metz said.

"This isn't about swooping in," Metz said. "It's about listening and doing what friends in need want you to do."

Performances started nearly two years ago in the auditorium of the Ford Museum and then expanded into schools and communities, with more on tap, Shubert said. Most recently, the troupe traveled to Detroit for stops that included Spain Elementary-Middle School in the Detroit Public Schools district and the Detroit Athletic Club for a special performance.

"There is growing interest and people who want it in their community," Shubert said. "I don't think, realistically, I expected this; it's a testament to Alli's writing and the actors doing the show, as well as being a story that people are finding really important."

Live theater helps students, especially, develop empathy for a situation and deeply consider the implications for Ward and why he wanted Ford to play, Shubert said. The team would have suffered if Ford quit, while Ward couldn't risk a protest that harmed his standing as a student and his aspirations beyond the football field. He went on to work in leadership at Ford Motor Company, then became a lawyer trying civil rights cases and, ultimately, the first African American probate judge in Wayne County.

While the 45-minute play is designed for students, Metz has personally witnessed how the play resonates at all age levels.

"I have had grown men in their 70s coming up to me in tears afterward," Metz said. "They found it moving, thinking back to the times where they maybe could have done more, along with the lifelong friendship and nostalgia component. Ford and Ward were lifelong friends." 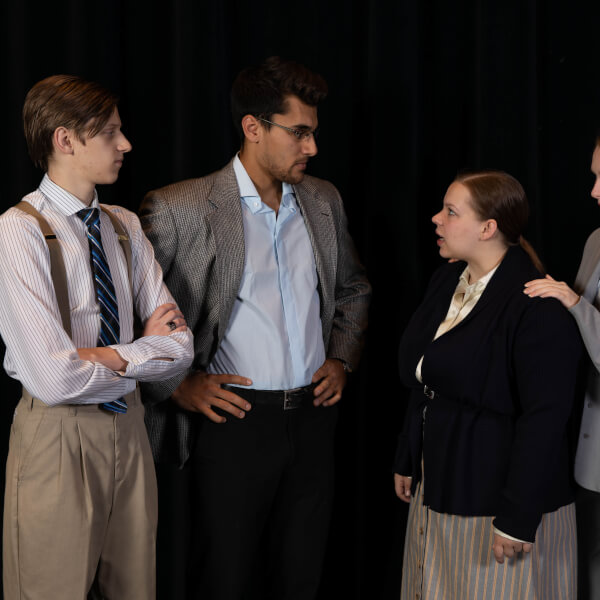 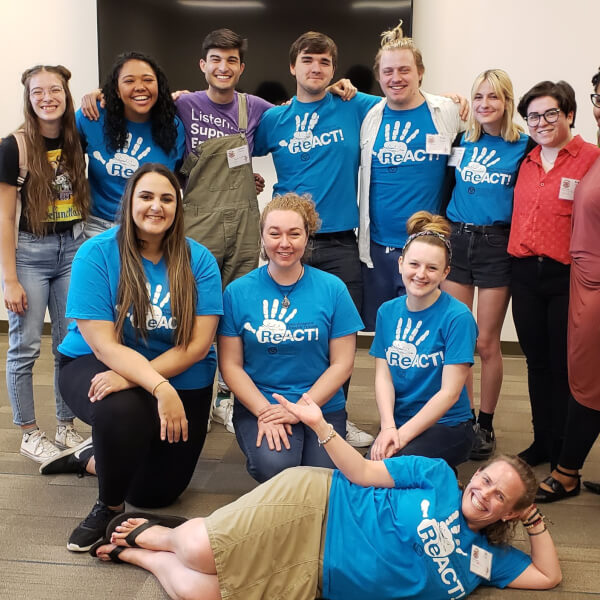 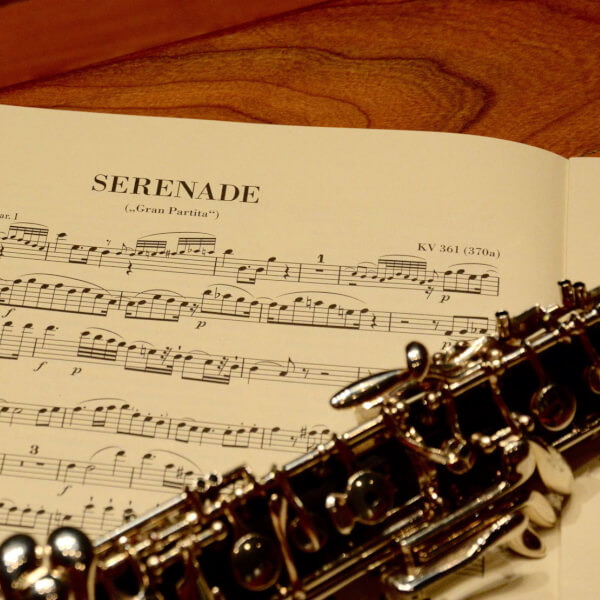 Mozart's largest composition to be performed during Fall Arts Celebration