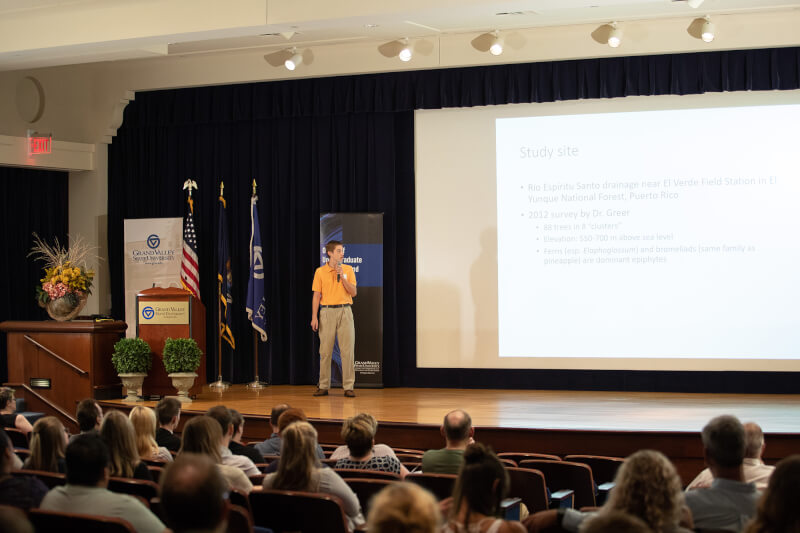 Brendan Kosnik gives a presentation on the effects of Hurricane Maria on plants in Puerto Rico.
Image Credit: Autumn Johnson 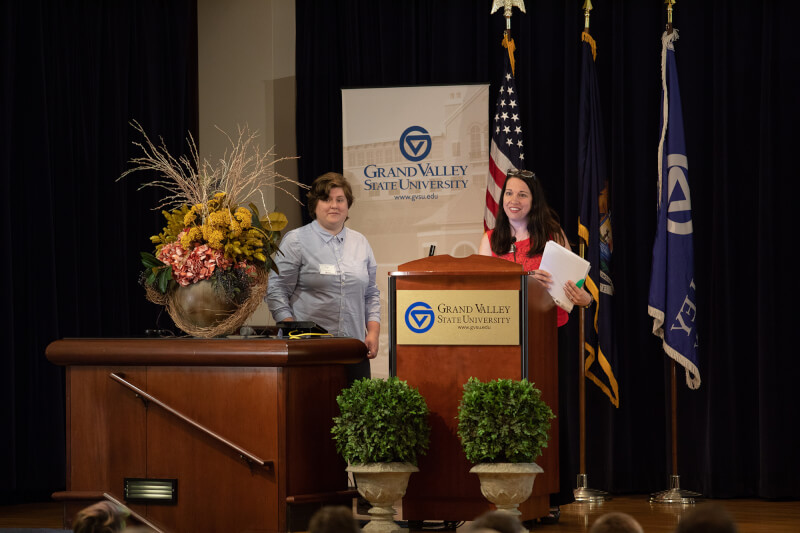 At right is Susan Mendoza, director of the Office of Undergraduate Research and Scholarship, with Ruth Ott, a Library Scholar.
Image Credit: Autumn Johnson 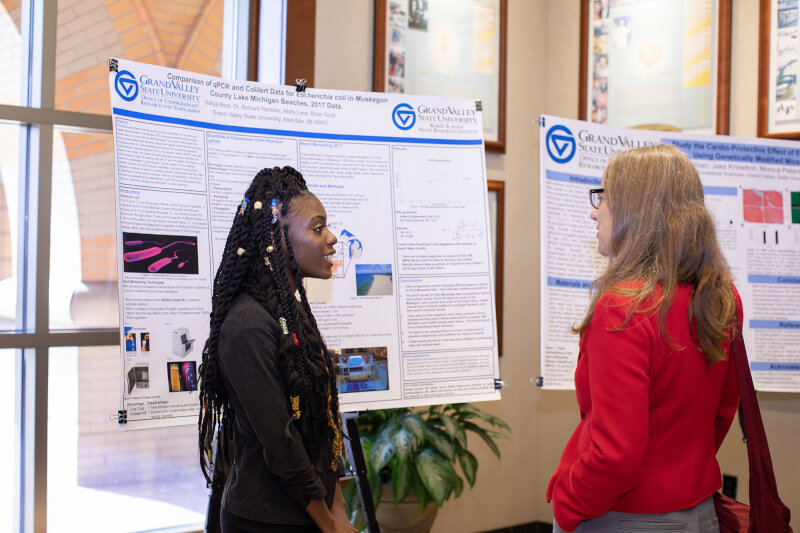 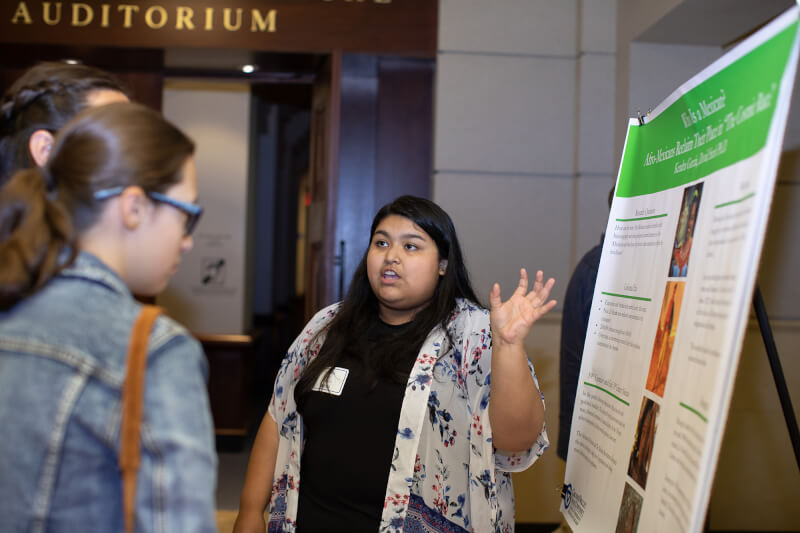 Despite the devastating effects of Hurricane Maria on Puerto Rico, senior biology major Brendan Kosnik learned some of the island's trees and plants are very resilient.

Kosnik was among 30 undergraduate researchers who gave presentations July 24 at the Summer Scholars Showcase held in the DeVos Center.

Kosnik traveled to Puerto Rico to study the effects of the 2017 hurricane on epiphytic plants, plants such as vines that are attached to trees. He replicated a 2012 survey completed by his faculty mentor, Gary Greer, professor of biology, and studied trees and plants in the same area of a national forest.

Palm trees withstood the hurricane fairly well, Kosnik said, but he found 11 fewer species of epiphytes than what was recorded in 2012. "The canopy cover actually increased, but that was likely due to using different methodology," he said.

Within his opening remarks, Robert Smart, vice provost for research administration and executive director of the Center for Scholarly and Creative Research, told the audience they would be impressed with the high-quality research to come.

"Through their work with faculty mentors, these students are developing knowledge not found in a traditional classroom setting," Smart said. 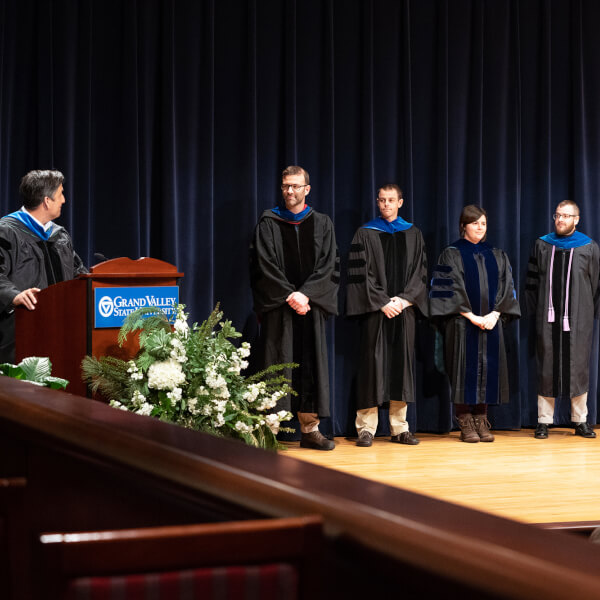 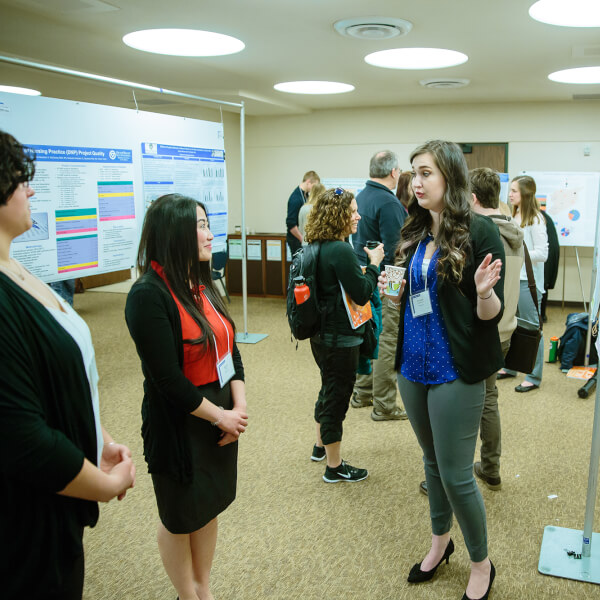 Record number of students will participate in SSD 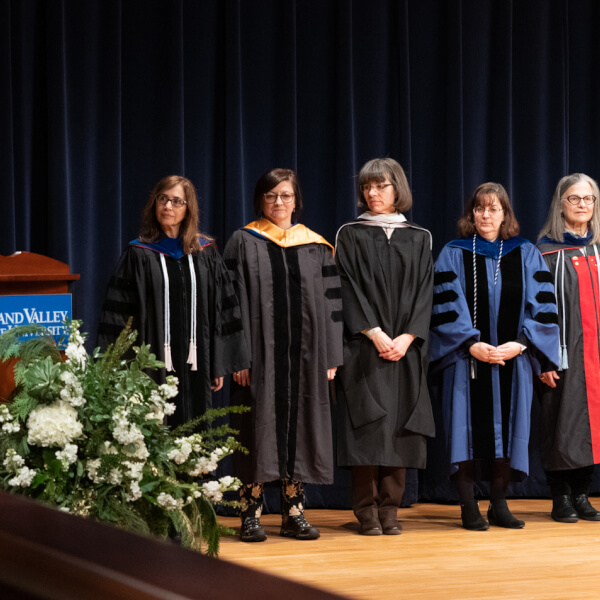