Professor named a top mathematics educator in the U.S. 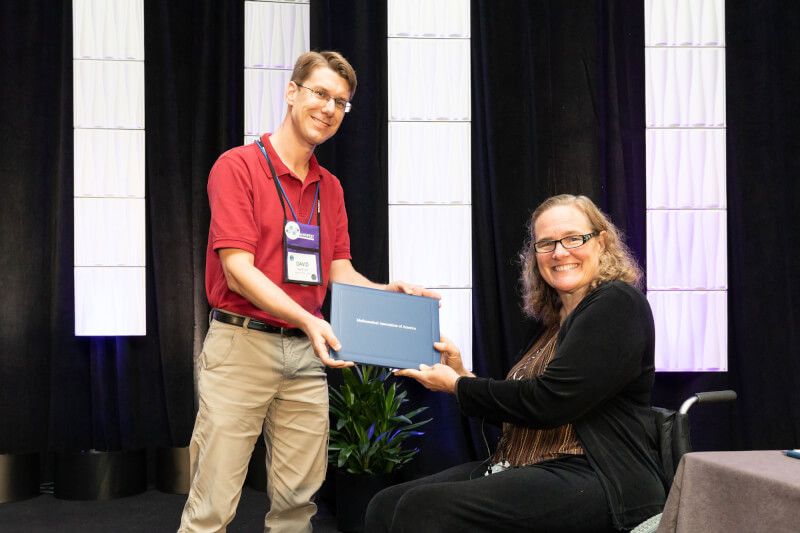 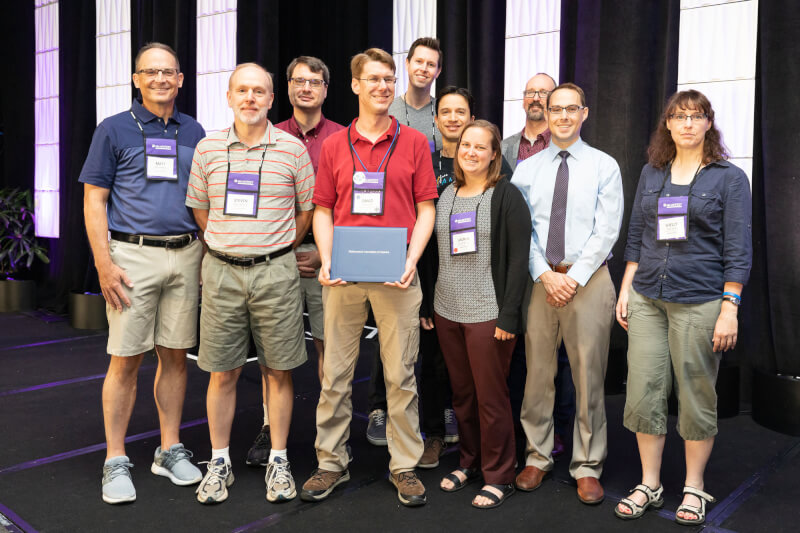 A Grand Valley mathematics professor was recently honored as one of the top math educators in the country by the Mathematics Association of America.

David Clark, assistant professor of mathematics, was one of three educators to receive the Henry L. Alder Award for Distinguished Teaching by a Beginning College or University Mathematics Faculty Member during a special ceremony on August 3 at the MAA’s annual MathFest conference in Denver, Colorado.

“I’m honored, but I also feel extremely lucky,” said Clark. “There are a lot of other educators who deserve this kind of recognition, many are right here at GVSU. This award definitely reflects the general awesomeness of the entire GVSU math department and the people in it.”

The award honors newer college or university faculty whose teaching has been successful and whose effectiveness in teaching undergraduate math has created an impact on students beyond the classroom. Clark began teaching at Grand Valley in 2014, and commonly teaches various calculus courses, as well as courses focused on communicating in mathematics and Euclidean geometry.

“These are methods that actively involve students in the classroom, and which have been shown to significantly improve student learning,” Clark explained.

He also used mastery grading, or “Standards Based Grading” — a system in which every assessment for students involves learning objectives that describe the key goals of an assignment. Instead of students earning points or percentages, they earn marks for “mastered” or “not yet” on each learning objective and grades are based on how many, or which, objectives students have eventually demonstrated mastery of.

"'Mastery' is a very high standard, but this assessment system recognizes that learning always involved multiple tries,” said Clark. “My goal is for students' grades to show what they have truly learned by the end of the semester, even if that takes time.”

Mastery grading was an example Clark used during his conference presentation, titled “Way to fail!” All Alder Award winners were invited to present on their teaching methods during a special session. Clark illustrated the importance of productive failure in education, and how he tries to show his students the value of failing.

Outside of the classroom, Clark participates in multiple enrichment and outreach opportunities. For two weeks each summer, Clark teaches at “MathPath,” a residential math program for “highly talented” middle school students.

Additionally, he has served as a mentor for students during Grand Valley’s Research Experience for Undergraduates Program in Mathematics. The REU program invites eight students from across the country to collaborate with Grand Valley faculty mentors who guide them through various projects while also providing them an opportunity to explore West Michigan.

Clark said this award reflects his teaching philosophy of encouraging students to take an active role in their own learning inside and outside of the classroom.

“This will involve struggling, failing and trying again, so I work to structure my classes to give students a space to do these things, with support and encouragement from me that helps them head in a productive direction,” said Clark.