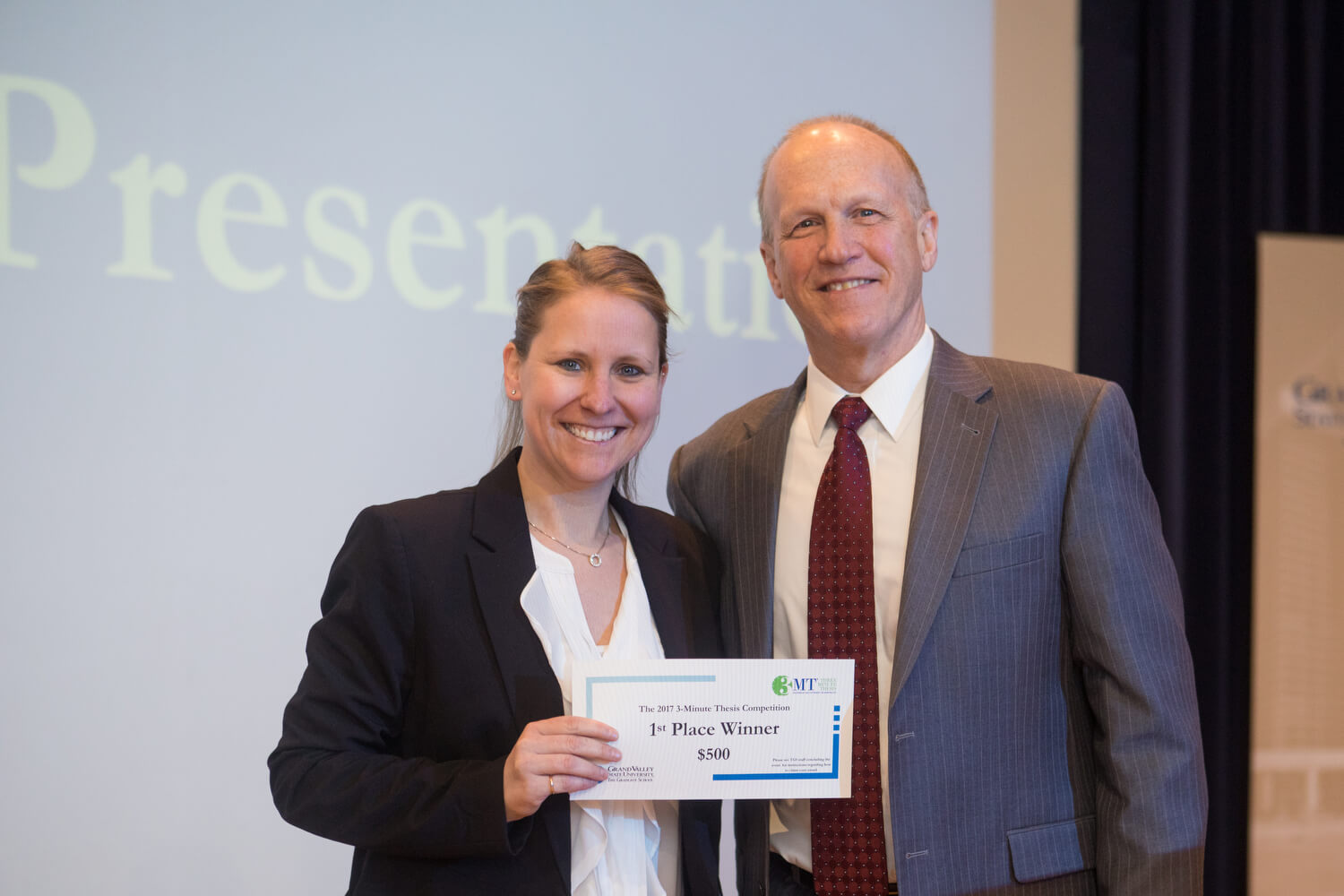 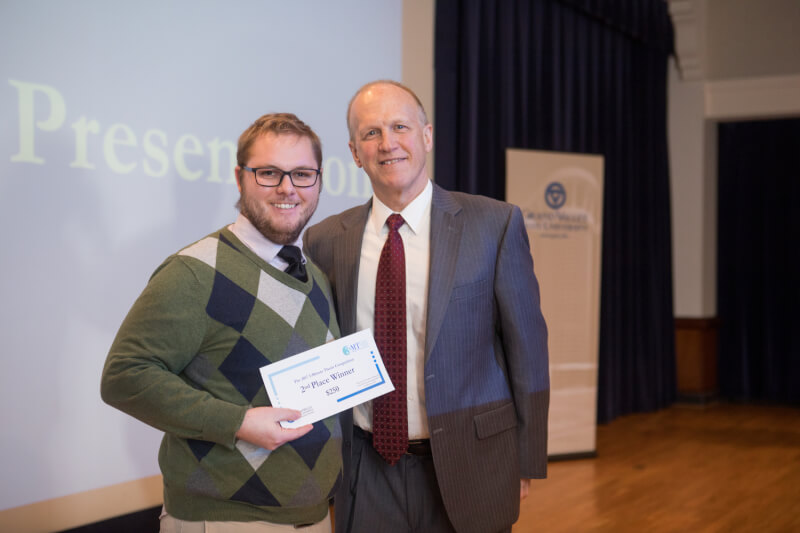 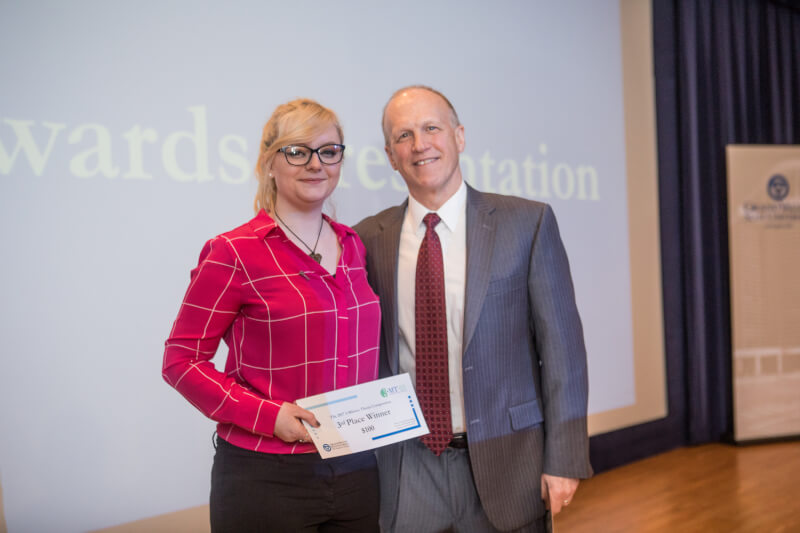 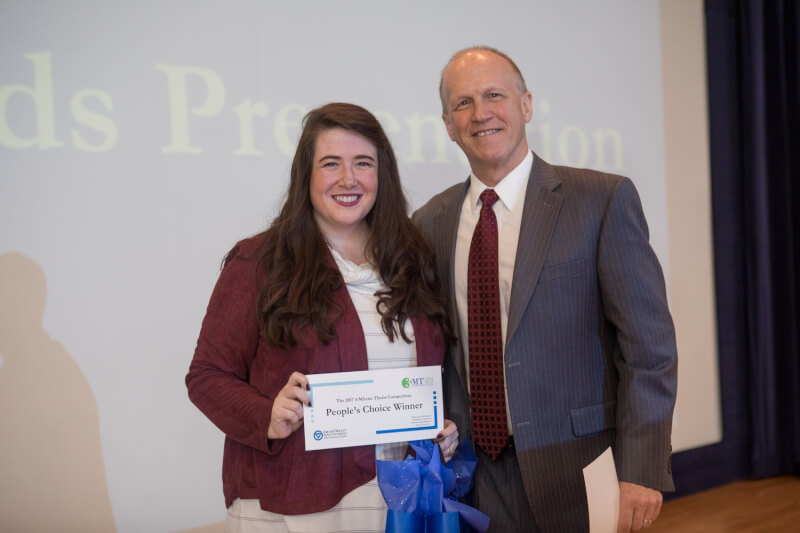 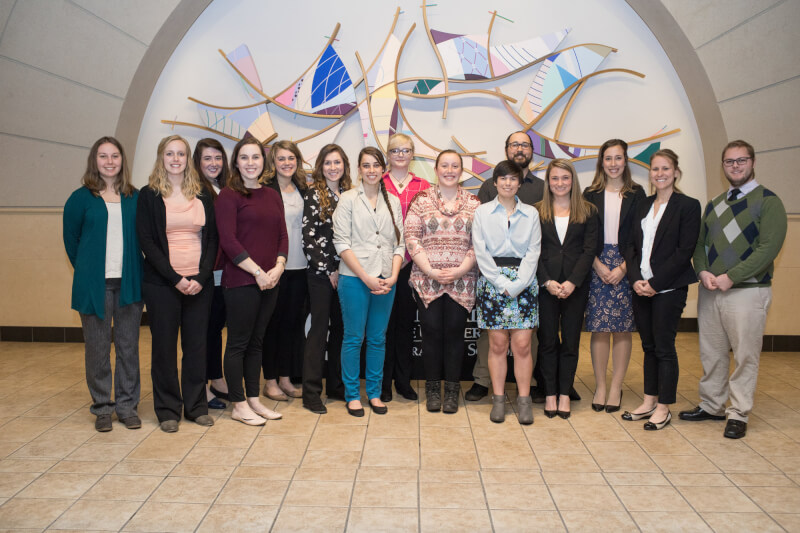 Fifteen graduate students, representing a variety of disciplines at Grand Valley, competed in the 3-Minute Thesis competition February 15 in Loosemore Auditorium in the DeVos Center.

During the competition, sponsored by The Graduate School, students had three minutes to present their research to a panel of judges. Students were competing for prize money and a chance to advance to the Midwest Association of Graduate Schools 3-Minute Thesis Competition in Grand Rapids in April.

Kathryn Ellens, who is earning a doctor of nursing practice degree, took first place with her research, titled, "Effect on Opioid Use Following the Implementation of Evidence-based Pain Management Practices on an Observation Unit." Ellens won $500 and will advance to the competition in Grand Rapids.

Christopher Timmer, who is pursuing a master's degree in biomedical sciences, won second prize and $250 with his thesis, "From the dinner pot to smoking pot; how a better understanding of cannabidiol could alleviate anxiety and modulate hunger."

Sarah Thompson, who is earning a master's degree in cell and molecular biology, won third place and $100 with her thesis, "Enhancement of Fast Scan Cyclic Voltammetry detection of dopamine with tryptophan."

The audience of about 100 people voted for the People's Choice award, won by Chelse Hawkins, who is pursuing a master's degree in college student affairs leadership, with her thesis, "Undergraduate Student Persistence: An Examination of the Relationship between Use of Counseling Services and Emotional Resiliency Development."

The 3-Minute Thesis competition first began at the University of Queensland in Australia and has expanded across the world. For more information, visit gvsu.edu/gs/3-minute-thesis-competition-82.htm. 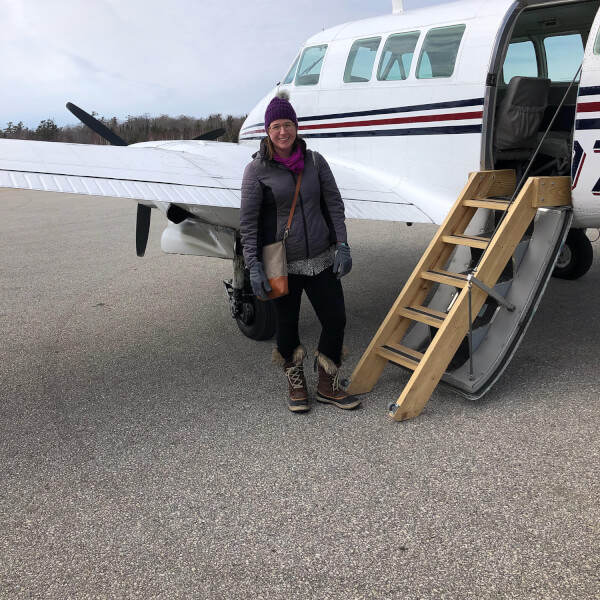 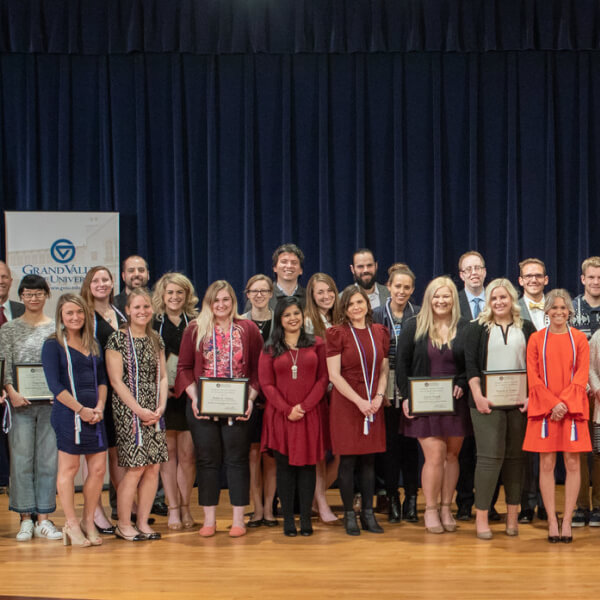 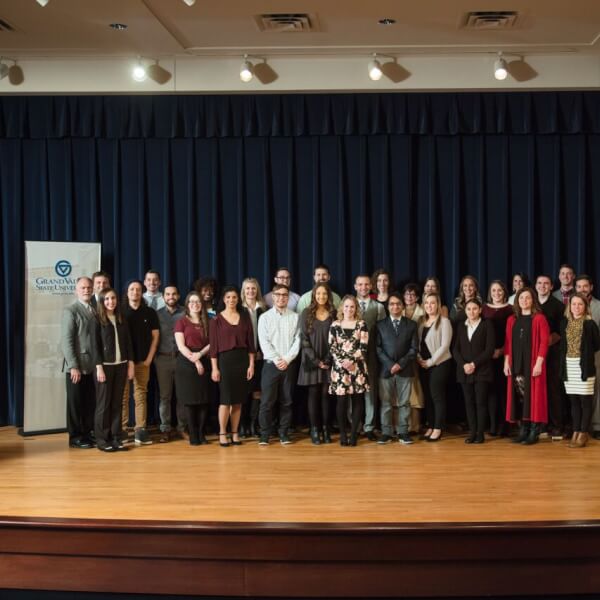