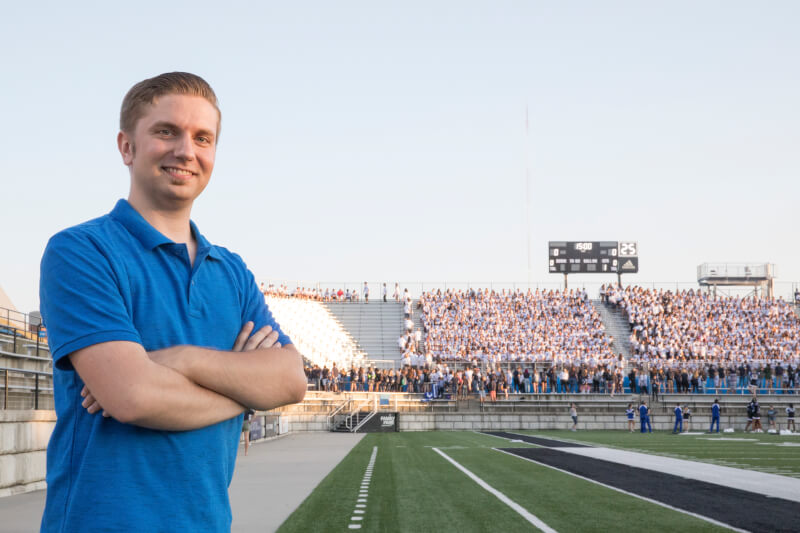 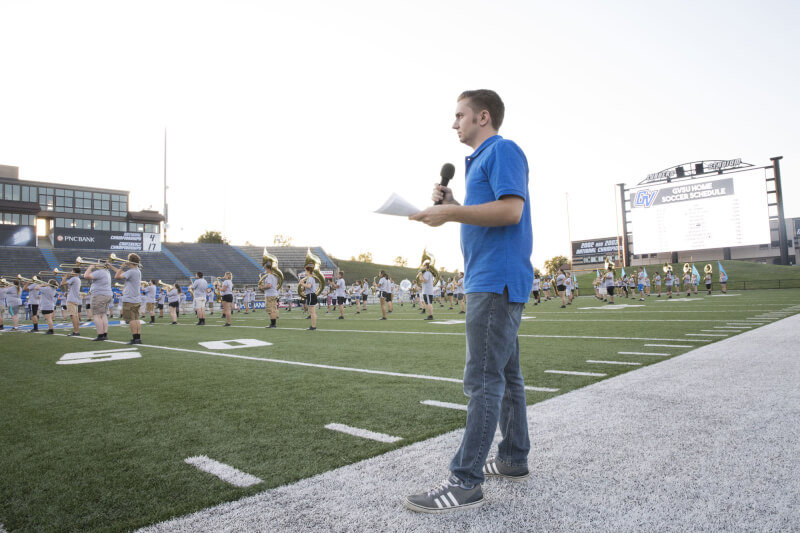 “We open by performing to the greatest student section in the country!” proclaimed Joel Paauwe over the speaker system in Lubbers Stadium during Grand Valley’s home opener football game on August 30.

That game was Paauwe’s first official night as the new “Voice of the Laker Marching Band,” a volunteer position who announces for the marching band during pregame and halftime shows at all home football games, exhibition shows, select away games, and the annual Laker Marching Band Bandorama concert.

Paauwe said the energy of the crowd was palpable during the game, especially when he made the announcement that the band would be performing in front of the student section to kick off the halftime show.

“They went crazy, and I really loved that. It’s awesome to see the student body be so supportive and actively participate when the Laker Marching Band is performing,” said Paauwe, who graduated from Grand Valley in 2015. “I think that was a milestone moment for me personally because it seemed like all of the ‘first time jitters’ drifted away, and what was left was raw excitement and enthusiasm.”

Paauwe was selected as the new “Voice of the Laker Marching Band” this summer, and he said he didn’t hesitate to audition because he wants to become a voiceover professional.

“I've always thought that stadium announcing would be a great milestone to reach in my career,” said Paauwe. “I feel very fortunate to have reached it so early and in a way that has very special meaning to me personally.”

Paauwe became comfortable behind a microphone while being involved with Grand Valley’s student-run radio station, WCKS “The Whale.” He gained further experience by making announcements before theater productions while working as the technical director of the Ceglarek Fine Arts Center at Allendale High School. Paauwe can also be heard hosting trivia nights for Team Trivia of Michigan at various venues in West Michigan.

Throughout the search for the new “Voice,” John Martin, associate professor of music and director of Concert Band, University Band and Athletic Bands, said the ideal candidate would be an individual dedicated to the university. He said Paauwe checked off every box on the candidate wish list.

“His voice was just great to listen to, and his use of inflection and enthusiasm in his announcing was tremendous,” said Martin. “Joel brings a new and fresh dimension to the ‘Voice’ position. His excitement toward being the new ‘Voice’ is truly sincere and he will have the opportunity to move this position to a very high level.”

With one home football game behind him, Paauwe said his new role as the “Voice of the Laker Marching Band” still hasn’t quite sunk in yet.

“The most prevalent thought I keep having is what a tremendous honor it is to be carrying on such a legacy,” said Paauwe. “I truly am part of Laker history now, and nothing can beat that.”

That legacy began with Tom Yackish, who served as the "Voice" for two decades. He is a former professor of engineering who retired from Grand Valley in 2003, and retired from the role of the "Voice" earlier this year.

Paauwe said he hopes to carry on the tradition that Yackish started.

“One cannot think of the Laker Marching Band without hearing Mr. Yackish’s voice exclaiming, ‘Pride of the Midwest,’ in their head, and that’s really what it’s all about,” said Paauwe. “When you’re able to reach people on that level, that’s when you know you’ve made it, and that’s what I hope to accomplish.”

For more information about the Laker Marching Band, visit gvsu.edu/marchingband. 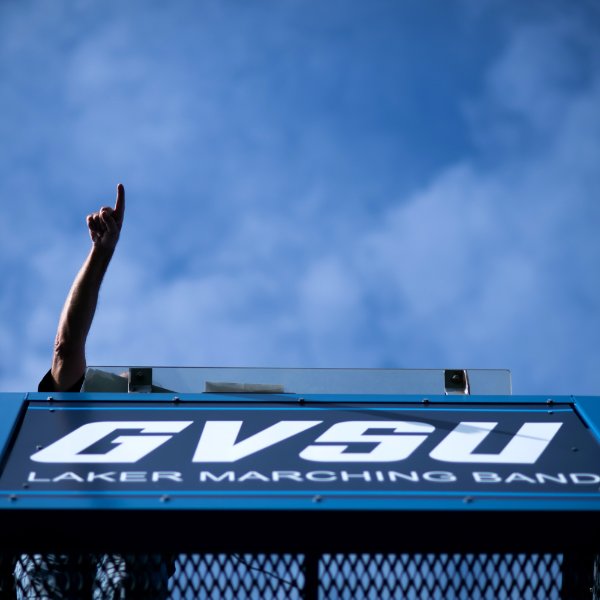 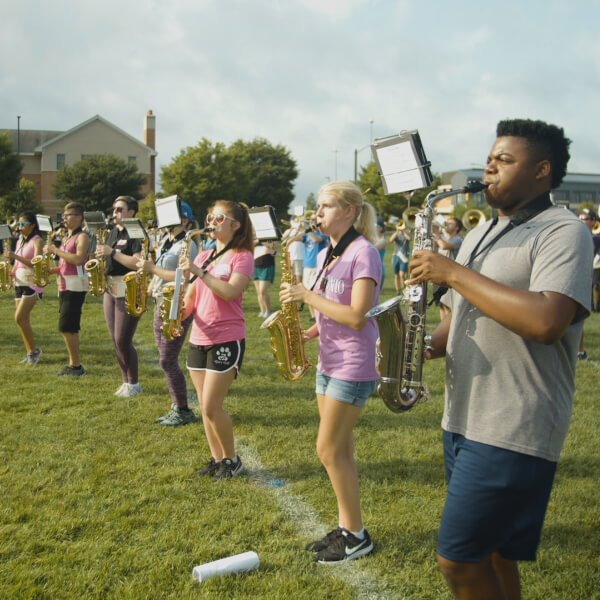