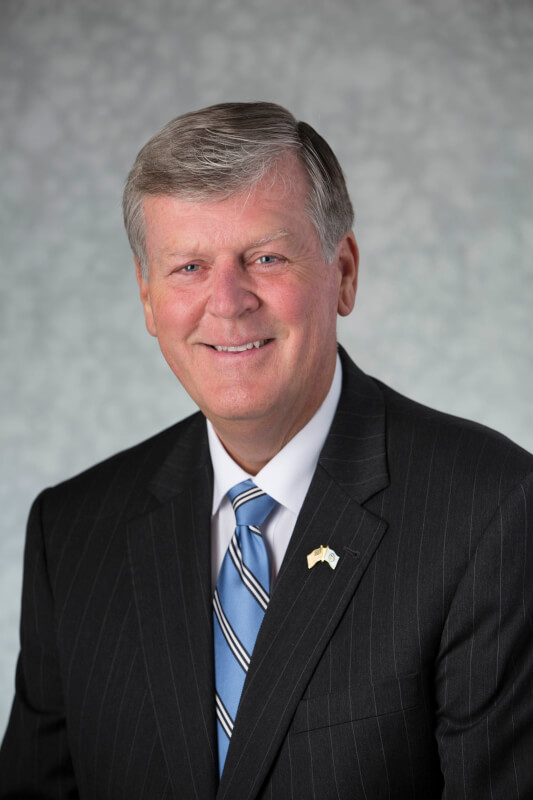 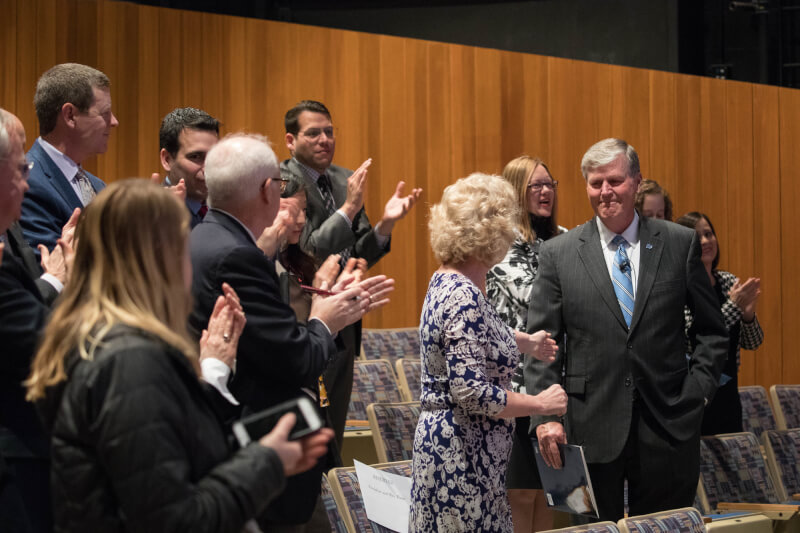 President Thomas J. Haas looks at his wife, Marcia, during the announcement of his retirement.
Image Credit: Bernadine Carey Tucker 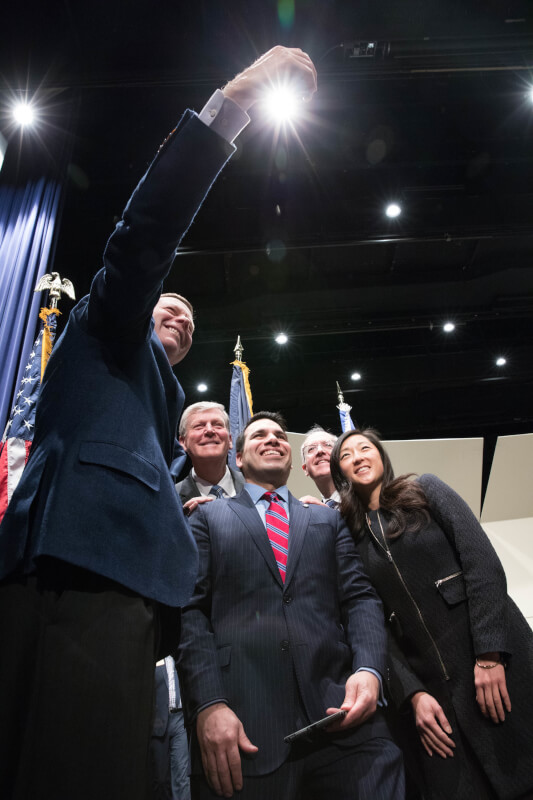 Members of the Board of Trustees ask to take their first selfie with President Haas.
Image Credit: Bernadine Carey Tucker 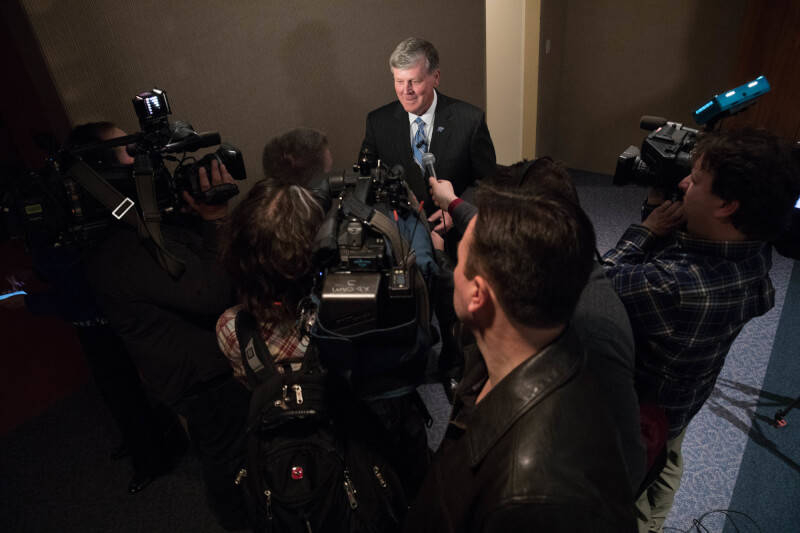 Grand Valley State University President Thomas J. Haas announced he will retire, effective June 30, 2019. He became the university’s fourth president in 2006 and has led Grand Valley through a steady period of managed growth and success. He has consistently credited his wife, Marcia, for her support of him and the university, and he has always led with the idea that students come first.

The 66-year-old Haas said the early announcement is to ensure the university’s Board of Trustees has adequate time to find Grand Valley’s next president, and he still has a long list of exciting work to finish before the retirement date.

"It’s the right time to announce my retirement, but let me assure everyone, I’m as excited to come to work at Grand Valley as I’ve ever been," said Haas. "I can see that there will be another chapter in my life, but it won't start for another year-and-a-half. The university has amazing momentum right now. We're expanding our health campus on Grand Rapids' Medical Mile; we’re expanding our engineering programs into new space downtown; we have renewed energy to work on enrollment and retention as the challenges in higher education grow.

"I’m engaged with my colleagues around Michigan encouraging lawmakers to increase state support for education. I consider it a privilege and an honor to work with the faculty and staff at Grand Valley, the Board of Trustees and our Foundation members on behalf of our amazing students."

Haas is a graduate of the U.S. Coast Guard Academy, and earned a doctorate in chemistry from the University of Connecticut. He is a recognized expert in hazardous material transportation, strategic planning and higher education leadership.

The Board of Trustees called a special meeting immediately following the announcement to begin the search for the person who will become Grand Valley's fifth president.

Since Haas became president in 2006, Grand Valley has added 30 undergraduate programs and 16 graduate programs. It has opened the Detroit Center and has added 2.5 million square feet in buildings. Haas has positioned the university as a leader in sustainability with 21 LEED silver, gold or platinum buildings.

"President Haas brought his wonderful mix of experiences to Grand Valley a dozen years ago, and the university has prospered under his leadership," said Board of Trustees Chair John C. Kennedy. "His respect for planning and public-private partnerships has created stability within the university and trustworthiness within the larger region. We recognize the challenge in front of us to find the next right president for Grand Valley, and look forward to capitalizing on Tom's leadership as he finishes his successful tenure here."

More than 25,000 students are enrolled at Grand Valley. They nicknamed the president "T-Haas" when he first toured campus in 2006, and the name stuck. Haas and his wife, Marcia, are seen in the audiences for many fine art performances and academic lectures, in the crowds at athletic contests and the president consistently stops to take "selfies" with students and parents. He's appeared in many videos that have gone viral on social media. Haas loves students and he loves teaching.

After a break following his June 2019 retirement, Haas will return to the classroom, sharing his expertise in chemistry with Grand Valley students as a professor in the College of Liberal Arts and Sciences.

The Board of Trustees will serve as the search committee to select Grand Valley's next president. Board Chair John C. Kennedy will also chair the search committee, and Vice President for University Relations Matthew E. McLogan will serve as staff to the Presidential Search Committee. An executive search firm will be hired to assist in locating well-qualified and diverse candidates.

The Board will appoint an advisory committee that will consist of four trustees and 11 others who are members of Grand Valley's faculty and staff, and one representative each from the Student Senate, alumni and the general public.

The Presidential Search Advisory Committee, assisted by the search firm and staff, will solicit comments from the university community and constituencies outside the university on the needs of Grand Valley and the qualifications for the next president.