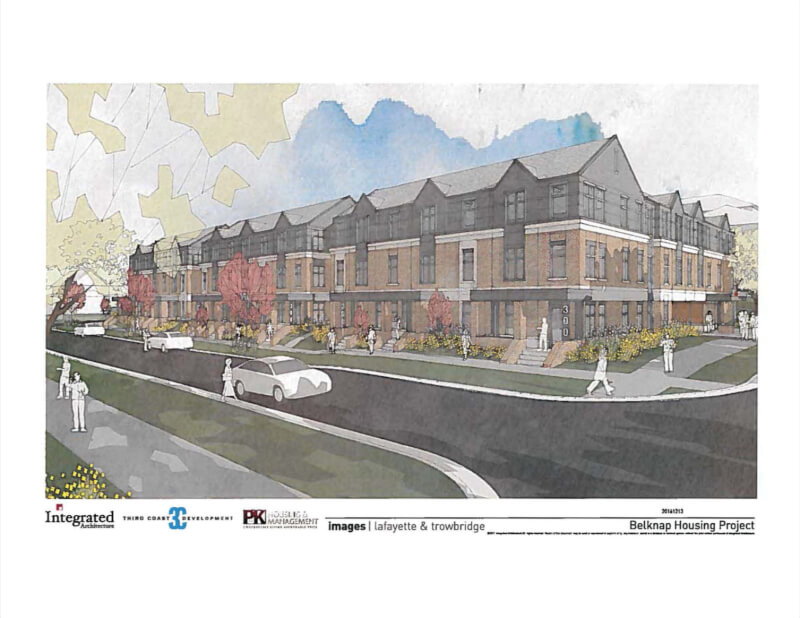 An architectural rendering of proposed affordable housing that was approved by the Board of Trustees.
Image Credit: Courtesy photo 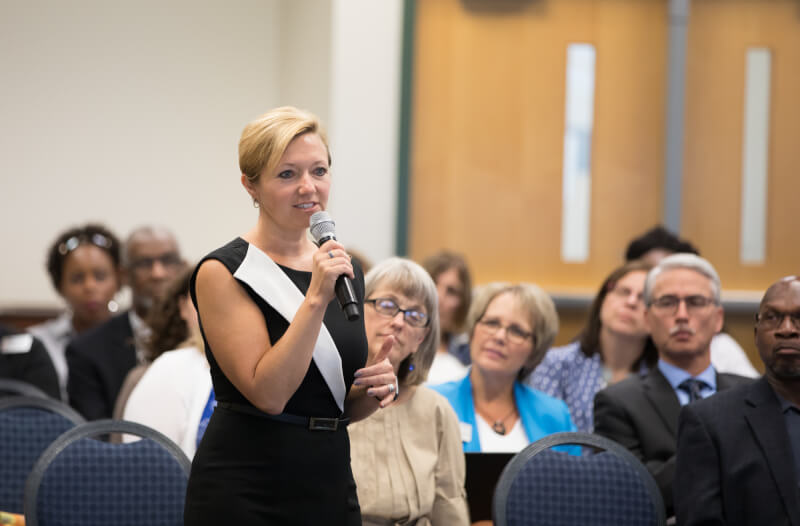 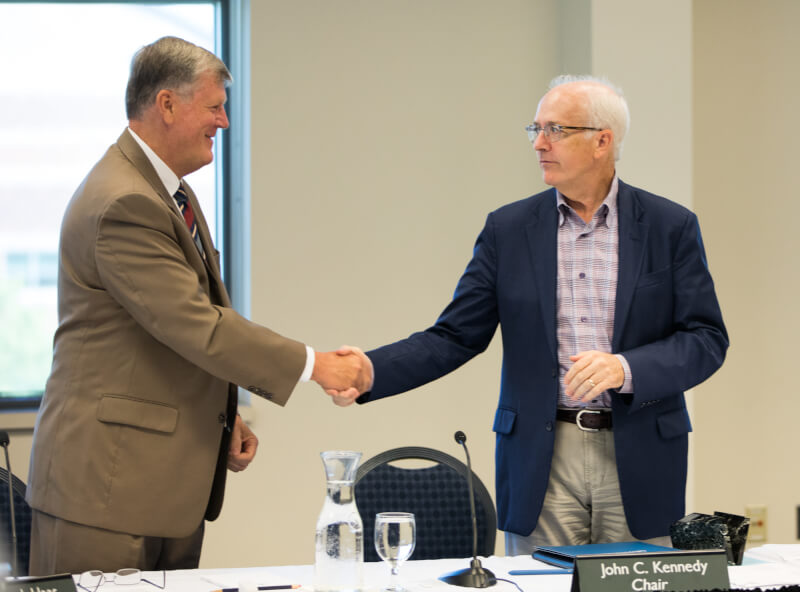 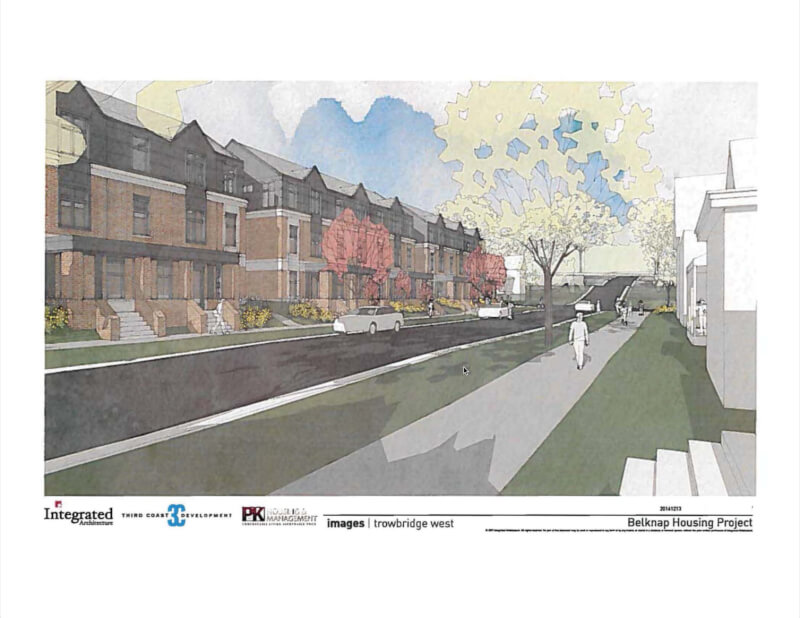 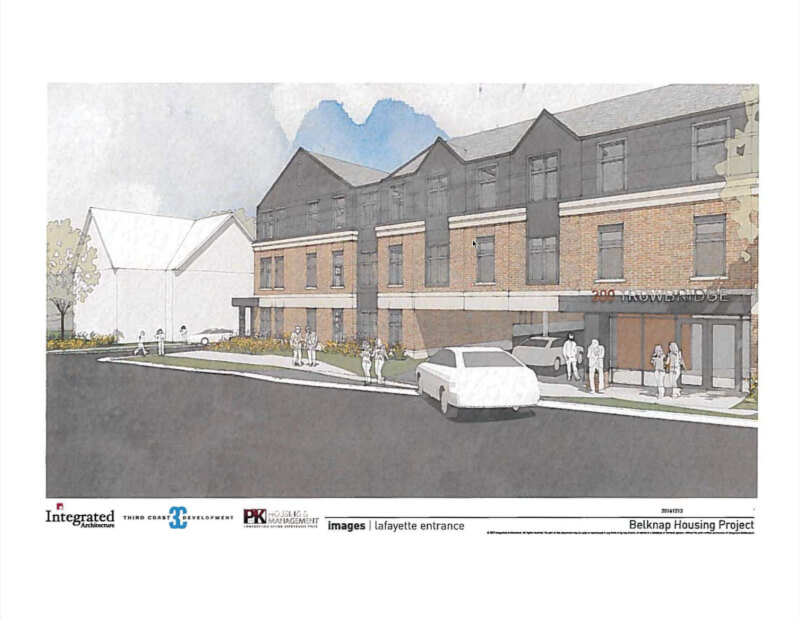 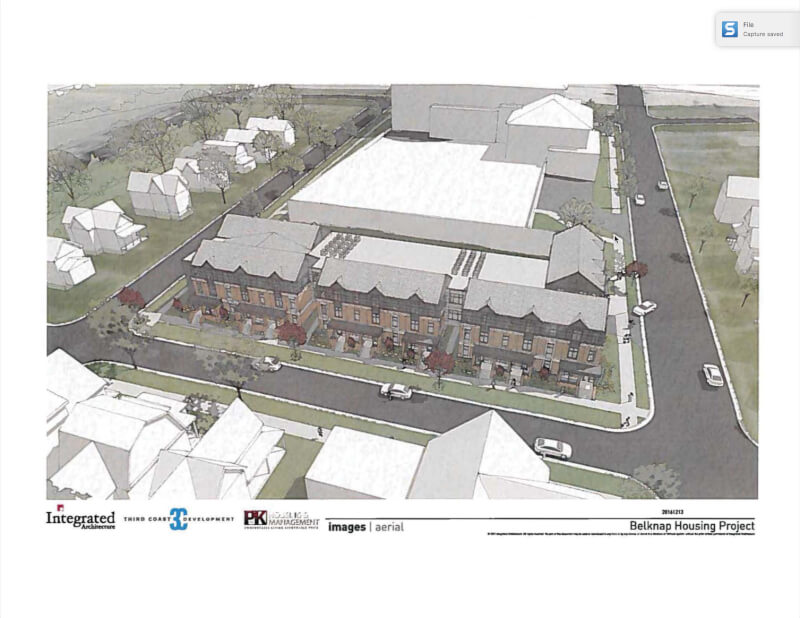 A project to bring new affordable housing to a Grand Rapids neighborhood is one step closer following action by the Board of Trustees of Grand Valley State University. At their July meeting, trustees authorized the university to lease property on its health campus in Grand Rapids to a developer who intends to build affordable housing compatible with the Belknap Lookout neighborhood.

Grand Valley's Community Relations Director Patricia Waring presented the resolution to the board. She and others from Grand Valley worked with representatives from the City of Grand Rapids and from the Neighbors of Belknap Lookout (NOBL) to create a Memorandum of Understanding after the university purchased land to expand its health campus north of Michigan Street. The MOU required the committee to prepare a request for proposal and choose a developer.

The board's action authorizes Grand Valley to lease .85 acres to Three CPK, which is a joint venture of Third Coast Development and PK Housing, for development of the affordable housing project, which is a provision of the MOU.  The housing will be built on the south side of Trowbridge, between Lafayette and Prospect, in the Belknap area of the city of Grand Rapids.

"Moving forward with this project represents steady cooperation between Grand Valley, city officials and those representing the Belknap Lookout neighborhood," said Waring. "We have shared a goal of providing the best quality of life for those who live, work and attend classes in this busy area of the city. There are many details to projects like this one, and I'm pleased we had bright minds and wonderful attitudes around the table. We're looking forward to the addition of this housing project in the neighborhood with our health campus."

The project will have a housing mix of 70 percent affordable and 30 percent market rate. CPK will submit an application for low-income housing tax credits in November, and if successful, the project could be completed as early as fall 2019. The university will not use tuition revenue or any of its funds for the construction of the project, operating expenses or any future repairs or renovations.

“This collaborative effort should serve as a model for development within the city,” said Grand Rapids Mayor Rosalynn Bliss. “This project is consistent with what the residents of the neighborhood want, and it’s consistent with the strategy outlined by the city commission, which calls for preserving affordable housing, encouraging mixed-income neighborhoods and supporting our vulnerable populations. Progress can truly be good for all involved.”

— The trustees also adopted the university's FY 2019 budget and set tuition rates for the academic year. Trustees approved a $245 per semester increase in tuition, bringing the annual tuition to $12,484 for a full-time undergraduate Michigan resident. The budget includes $52.4 million in financial aid for students, which is an increase of $5.1 million to be awarded in the form of scholarships and grants.

— The board approved a resolution to name the Student Services Building on the Allendale Campus for President Emeritus Arend (Don) Lubbers and his wife Nancy Lubbers.

Don Lubbers served as president of Grand Valley for 32 years, and with Nancy worked to build Grand Valley from a small college to a regional university. Both have been leaders in the creation of Grand Valley's Robert C. Pew Grand Rapids Campus, the Cook-DeVos Center for Health Sciences on Grand Rapids' Medical Mile, The Robert B. Annis Water Resources Institute in Muskegon, the Meijer Campus in Holland and the Traverse City Regional Center.

— The board also approved a resolution for authorization of Martin Luther King Jr. Education Center Academy (Detroit), approval of an extended start date for Saginaw Covenant Academy to February 1, 2019 (Saginaw), and appointment or reappointment of charter school board members to GVSU-authorized public school academy boards. 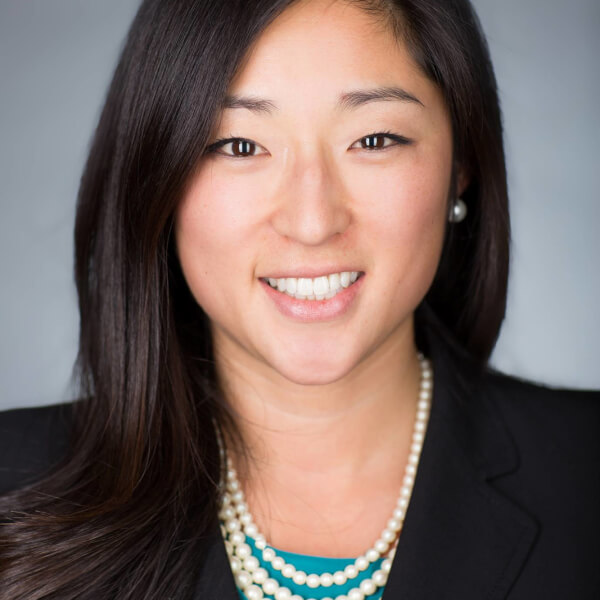 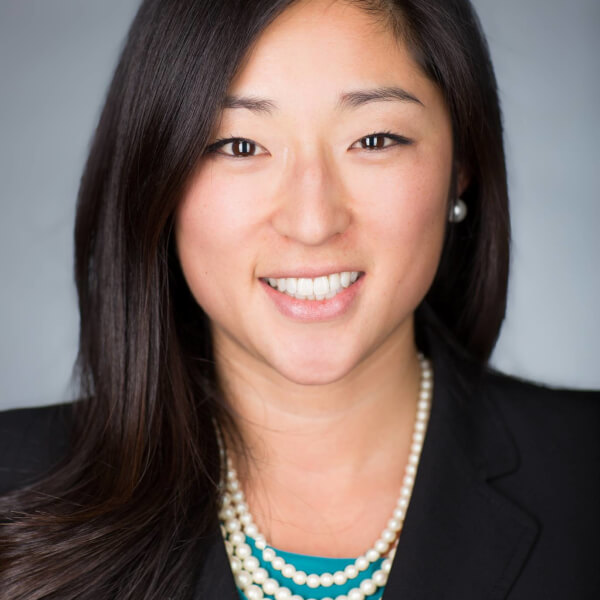 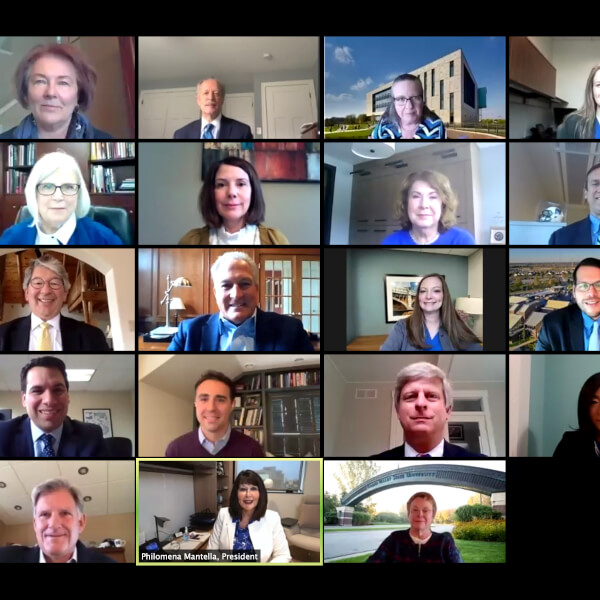