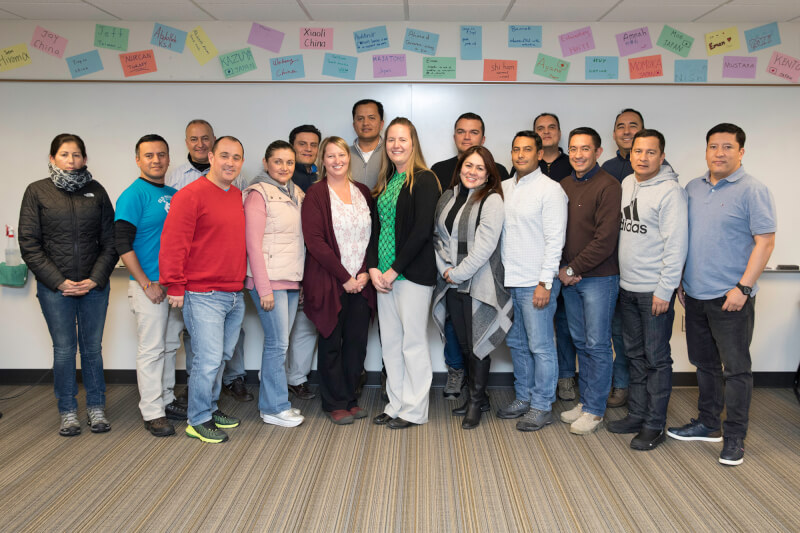 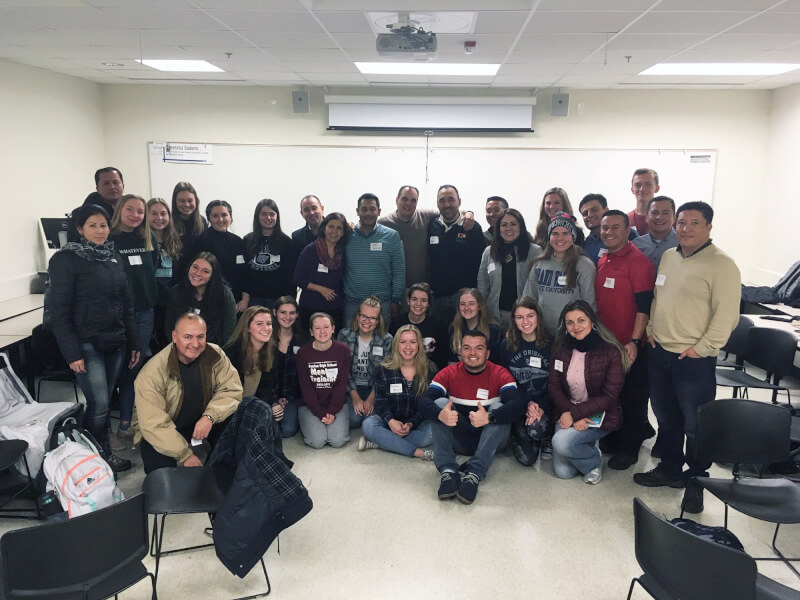 It was the first time a group of professionals arranged to take a course through the ELS Language Center. Wooning said the condensed course included time for conversational English with a criminal justice class and work with a Spanish class.

Juan Barrera said he and the other officers were selected for the program by the Colombian National Police. All officers have high ranks and at least 14 years of experience.

Wooning and ELS staff members worked to create a curriculum for the officers before they arrived, including creating policing vocabulary lessons for half the day. With that curriculum in place, she hopes to bring other law enforcement groups to the center for language courses.

ELS Language Centers have partnerships with more than 600 U.S. universities. The center at Grand Valley is located in Au Sable Hall on the Allendale Campus.