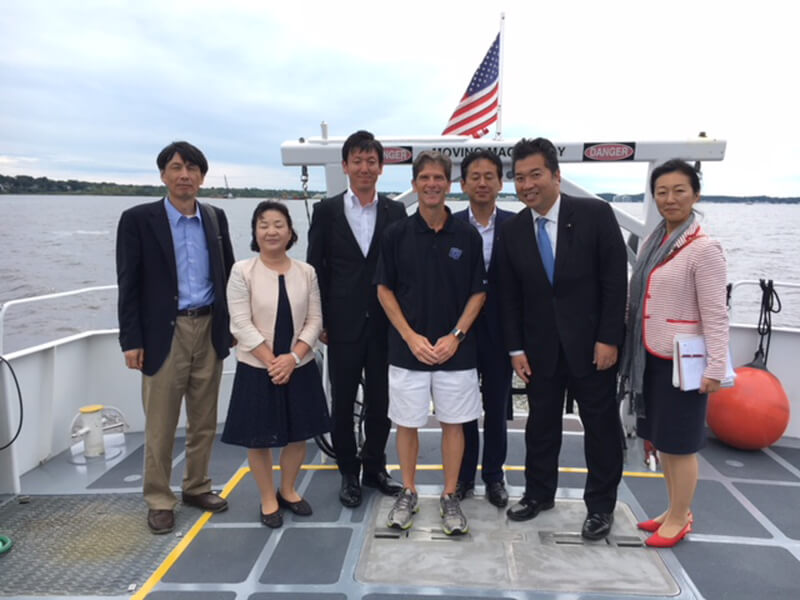 Grand Valley's Annis Water Resources Institute hosted a delegation of dignitaries and officials from Japan at the request of the office of Gov. Rick Snyder.

Alan Steinman, the Allen and Helen Hunting director of AWRI, accompanied nine officials from Japan, along with Jon Allan, director of the Office of the Great Lakes, on a tour of Muskegon Lake and Lake Michigan.

The group took the tour on the W.G. Jackson, one of Grand Valley's large research vessels, and saw freshwater research that is being done in Muskegon Lake. The delegation from Japan represented Shiga Prefecture, which contains Lake Biwa, Japan's largest freshwater lake.