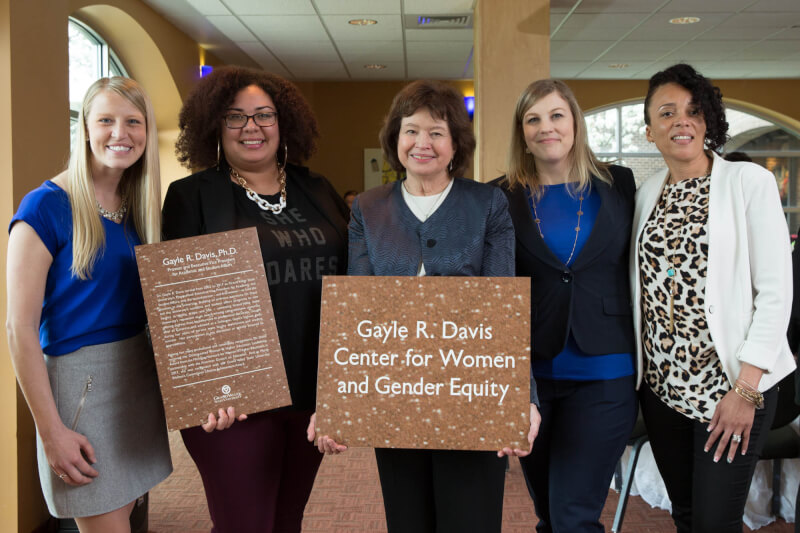 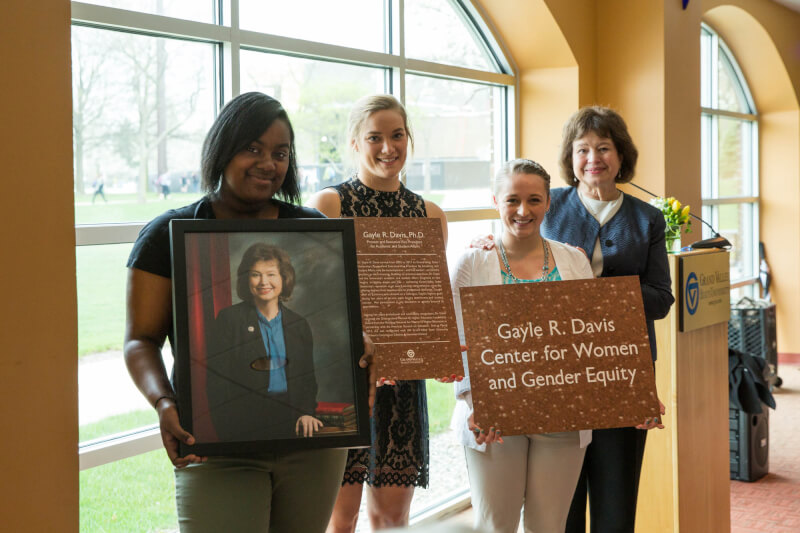 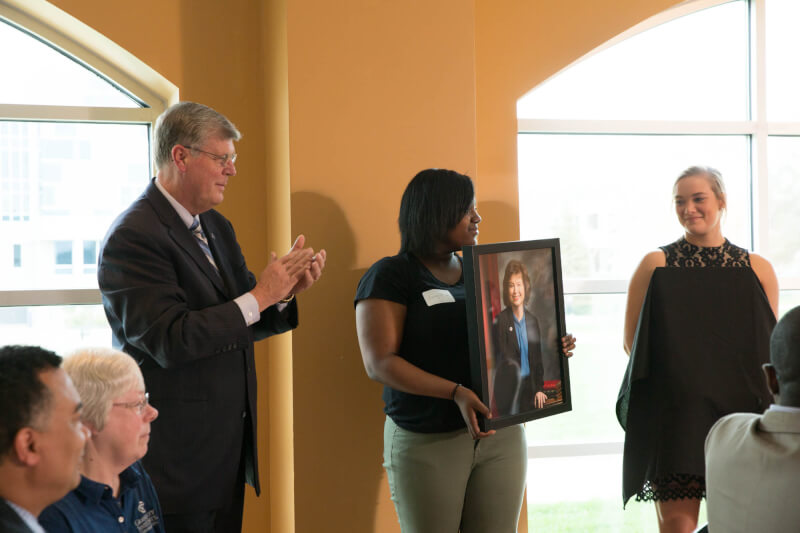 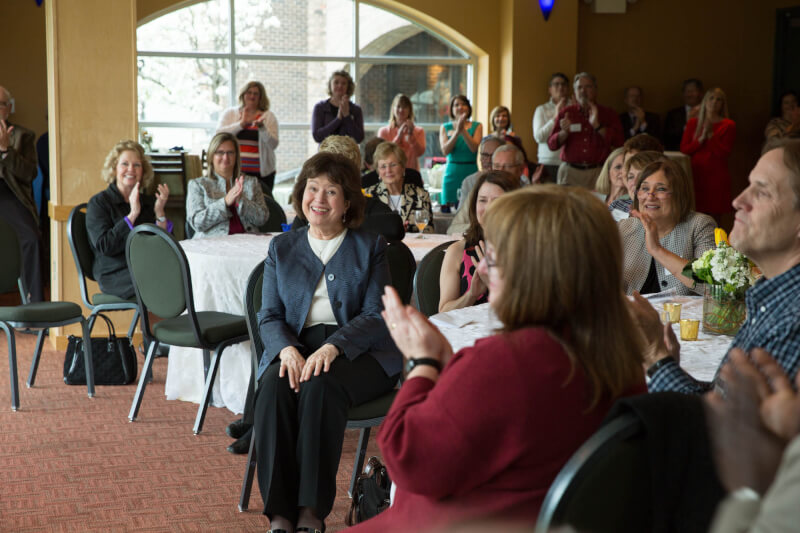 Provost Gayle R. Davis received surprise announcements during two retirement celebrations held April 18 and April 20. During the April 20 reception at the Kirkhof Center, it was announced that the Women's Center at Grand Valley will be named in her honor.

President Thomas J. Haas said the naming of the Gayle R. Davis Center for Women and Gender Equity aligns with Davis' commitment and passion for inclusion and equity. She was called a champion for diversity who demonstrated her ideals throughout her 15 years of service as provost and executive vice president for Academic and Student Affairs.

Davis was surprised by colleagues at the April 18 reception at the L. William Seidman Center, where a scholarship fund was announced in her name.

The Gayle Davis First Generation Endowed Scholarship will be awarded to a junior or senior who is the first person in their immediate family to pursue a college degree. The scholarship's goal is to reduce the financial pressure on students and their families and make a Grand Valley education accessible to students from all backgrounds.

During her tenure, Davis was responsible for a major reorganization of the university’s colleges, and oversaw major growth in enrollment and significant success in retaining students through graduation. 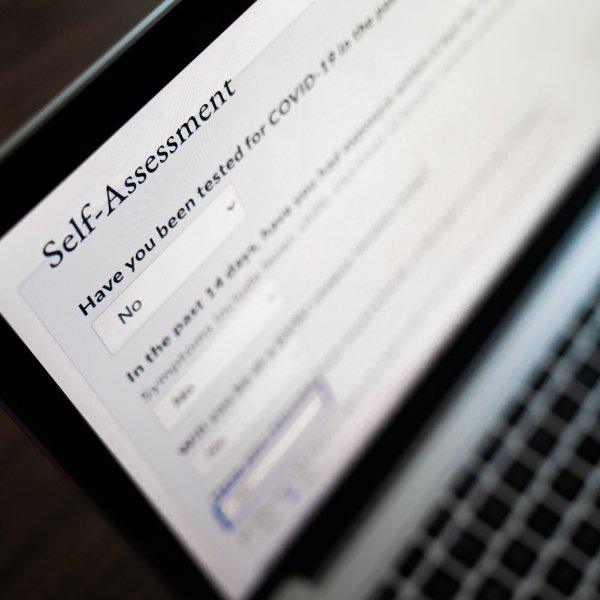 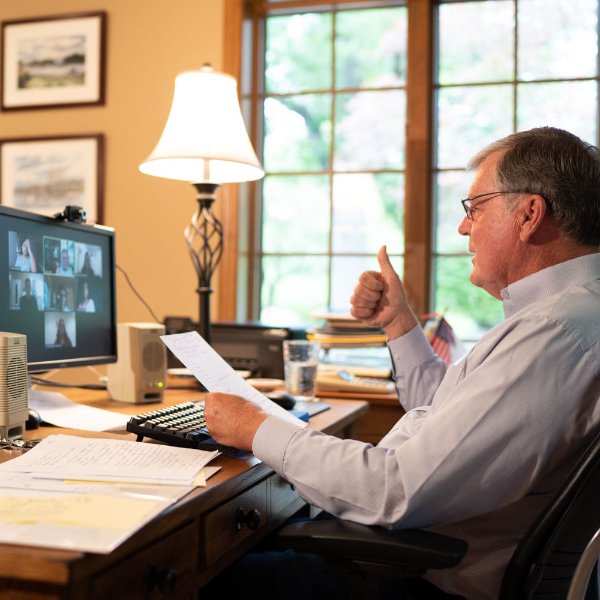 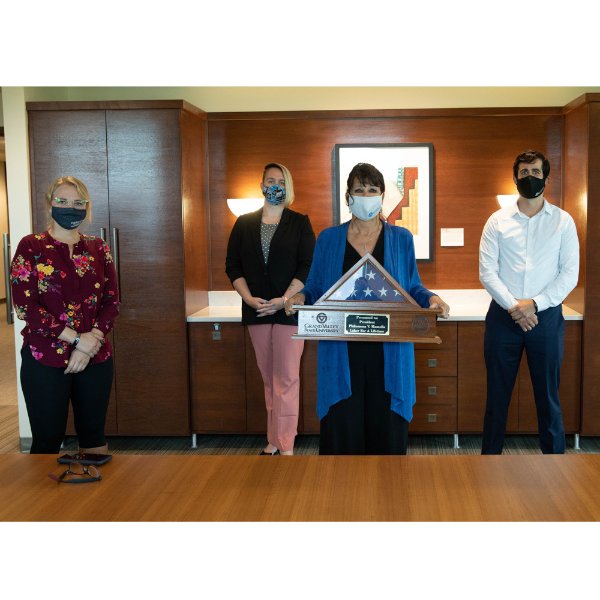