Anand Giridharadas, author of 'The True American,' will visit West Michigan in March for presentations about the book.

While multiple classes are engaged in the current Community Reading Project selection, book titles are sought for next year.

Jennifer Jameslyn, director of the Office of Integrative Learning and Advising, said classes from multiple disciplines and groups in housing and other campus departments have incorporated "The True American: Murder and Mercy in Texas," by journalist Anand Giridharadas into the fall semester curriculum. She expects more participation in the winter semester when faculty events focusing on the book are scheduled, as are author visits.

"The True American" is the story of Raisuddin Bhuiyan, a Bangladesh Air Force officer who dreams of immigrating to America and working in technology. After September 11, Bhuiyan is shot and nearly killed in Dallas by Mark Stroman, an avowed "American terrorist."

For his book, Giridharadas, a New York Times columnist, followed Bhuiyan and Stroman as they rebuilt their lives: Stroman, who was on prison's death row, and Bhuiyan, who waged a campaign to free his attacker from the death penalty after an Islamic pilgrimage.

Jameslyn said "The True American" engages people in faith communities, as religious identity and practice is a key theme; and people in the criminal justice field, as it touches on prison reform and the death penalty.

Suggestions are sought for the 2017-2018 CRP selection and can be sent via email to integrative@gvsu.edu. Book criteria are listed online at www.gvsu.edu/read.

Giridharadas will give presentations about the book on March 22 at the Herrick District Library in Holland, and March 23 in the Kirkhof Center. 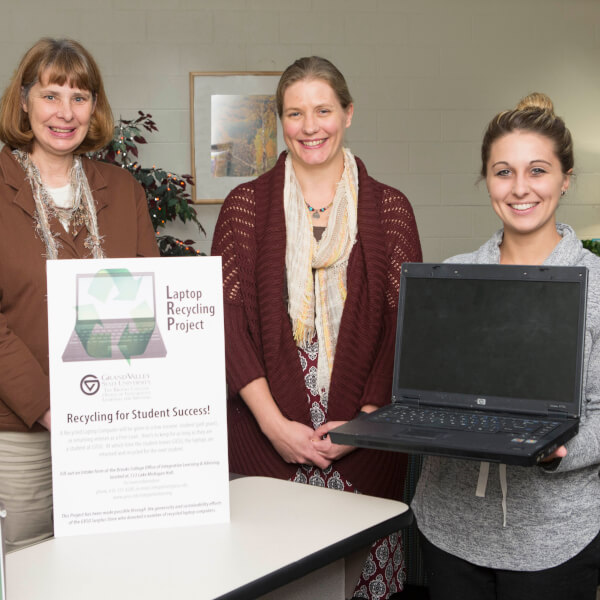