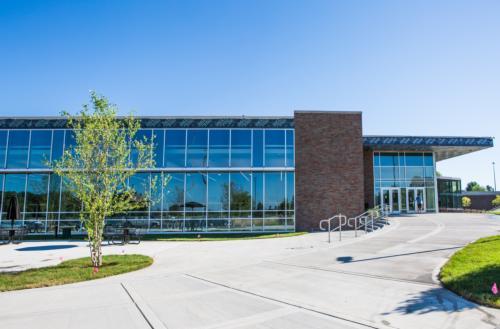 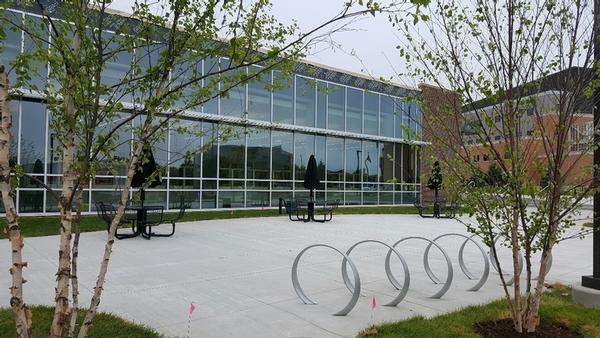 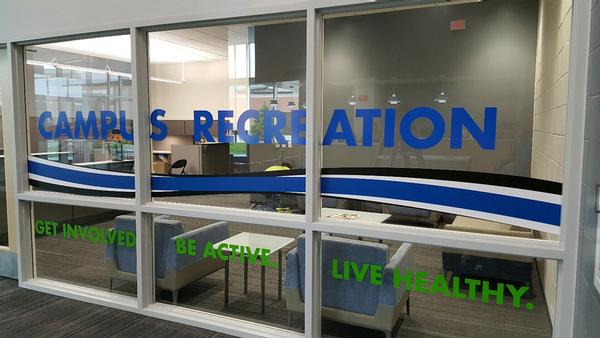 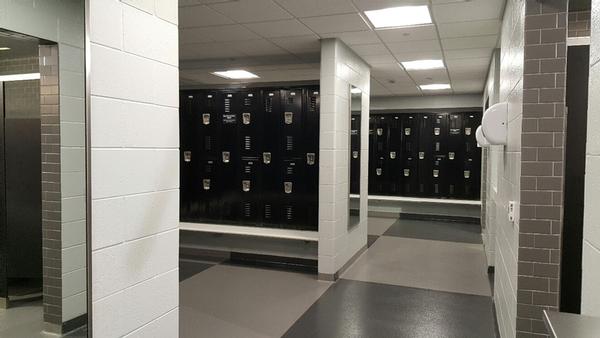 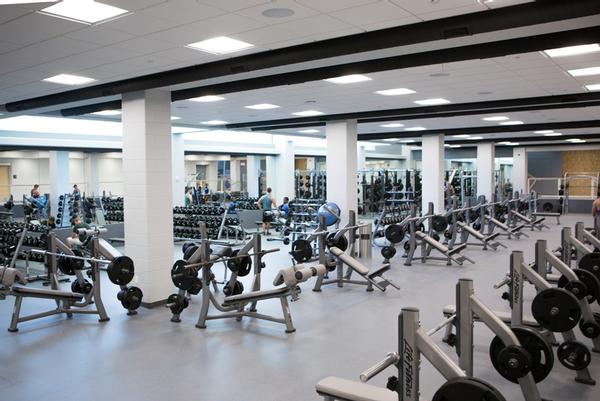 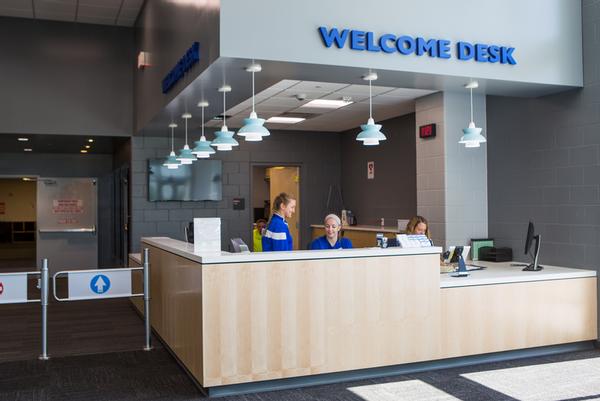 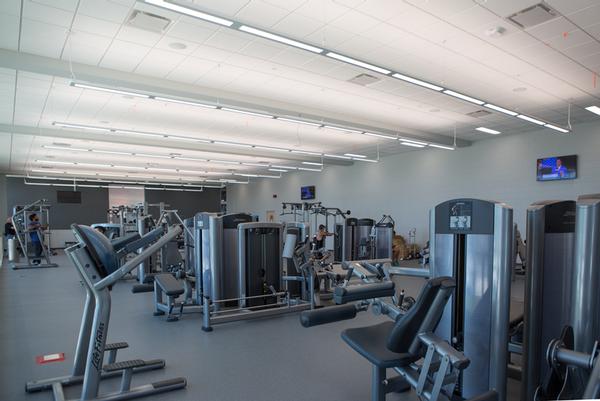 The first phase of the $20 million expansion to the Recreation Center on the Allendale Campus is complete and open to students, faculty, staff and community members.

The newly opened 30,000-square-foot addition includes space for strength training, including free weights and weight machines. The expansion also includes men's, women's, and gender-inclusive locker rooms and a new fitness studio that will be used for group exercise programs.

The entire project calls for an additional 50,000 square feet to be added to the south side of the center. The second, 20,000-square-foot phase of the expansion will include two courts for basketball and volleyball, and one multi-activity court. It is expected to be completed by winter of 2017.

Whitney Marsh, assistant director of Athletic and Recreation Facilities, said the much-needed addition addresses the steady increase in visits to the center and recreational facilities over the years. The center averaged 358,000 visits each year from 2012-2015.

"Since enrollment numbers at Grand Valley have increased rapidly over the last decade, it was a challenge for the Recreation Center to keep up. We are thrilled to be nearly doubling the size of the space," said Marsh.

“Exercise improves memory retention, increases focus and concentration, relieves stress and helps improve mood. This addition will help Grand Valley continue to support the health and well-being of our students and the campus community," said Harmon.

The Recreation Center opened in 1995 with 54,000 square feet; an 18,000-square-foot addition was added in 2002. The 11,500-square-foot space that was used for cardio and weight exercises will undergo a basic renovation.

Learn more about the expansion project at www.gvsu.edu/sportsfacilities/recreation-center-expansion-34.htm. 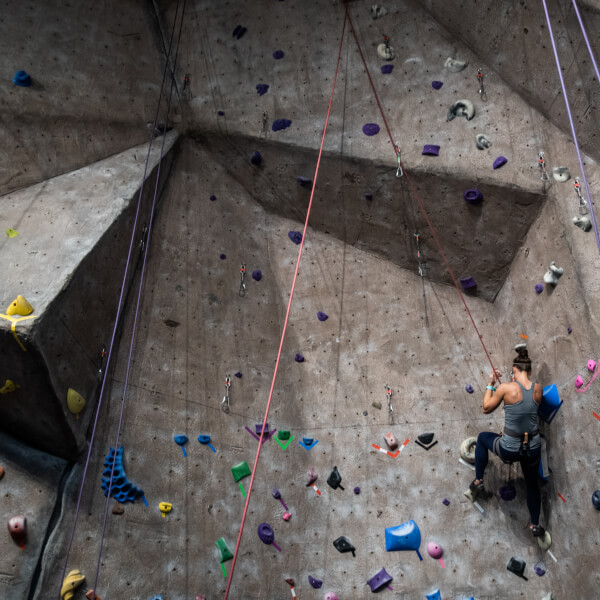 Signing out: Recreation and Wellness says unplug from technology and attend healthy events 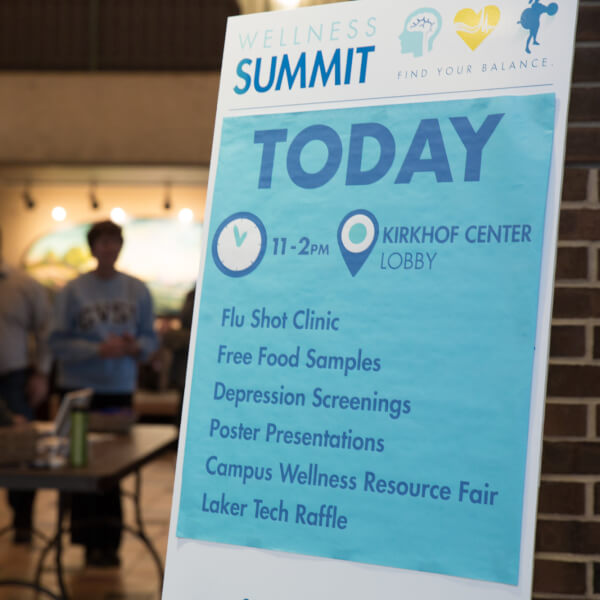 Walk with President Mantella, Wellness Fair to be held October 4 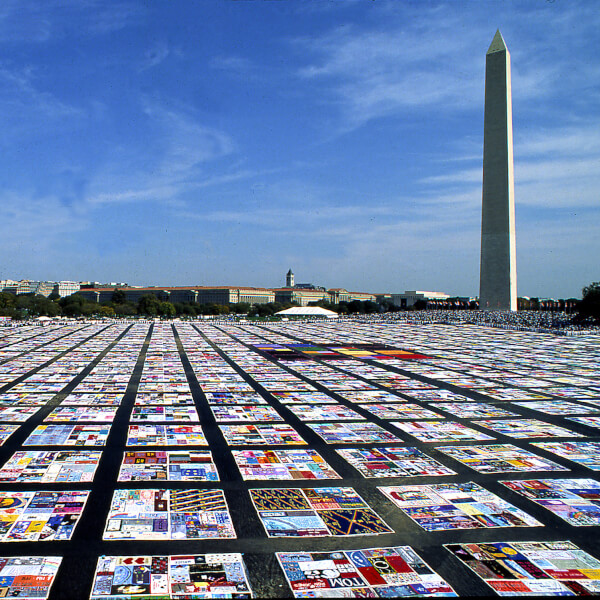 Panels from AIDS memorial quilt will be on campus