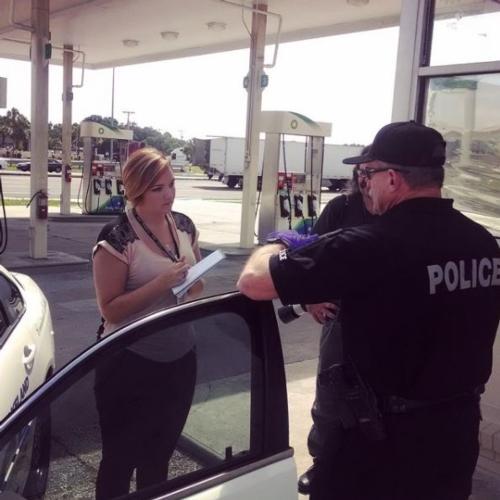 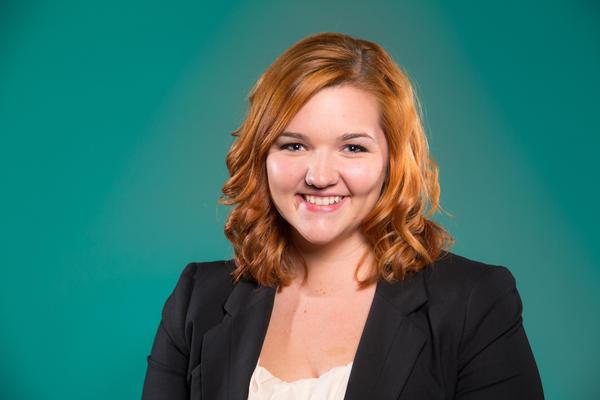 It was about 9 a.m. on Sunday, June 12, when Grand Valley alumna Stephanie Allen awoke to a flurry of text messages and emails alerting her to breaking news that a gunman shot and killed 49 people in an Orlando nightclub, and injured more than 50 others.

While many stayed tuned to the news via TV, radio and social media, Allen, '13, jumped out of bed to head to Pulse Nightclub to help provide the coverage.

Allen, a breaking news reporter for the Orlando Sentinel, was at the heart of the scene throughout the primary coverage of what's being called the deadliest mass shooting in the U.S. and the nation's worst terror attack since 9/11.

"I live just blocks from the club, so I immediately threw on some clothes and ran out the door. I was in shock, but quickly switched to work mode," Allen said. "The gravity of what happened didn't really hit me until the next day when I had time to process everything."

Allen provided updates on the investigation taking place at the nightclub while also talking with witnesses and bystanders, attending news conferences and roaming the surrounding neighborhoods for story angles.

"The coverage was really a team effort with sometimes five or six reporters working on one story," said Allen, a former journalism major and criminal justice minor at Grand Valley. "I'm the morning news reporter, so I began each day by writing a quick story that was updated throughout the day, and then worked on more enterprise-type stories on the side."

Since graduating from Grand Valley, Allen has been no stranger to national breaking news stories.

"I've written a few stories about George Zimmerman, specifically when he was shot at in 2015, and then again about a month ago when he sold the gun used to kill Trayvon Martin," Allen said. "I was one of the lead reporters on the gun sale story and was actually one of the first reporters to get a text message response from Zimmerman confirming the sale."

Allen also provided coverage of the recent death of a 2-year-old boy who was killed by an alligator at Disney World's Seven Seas Lagoon.

Before joining the Orlando Sentinel, Allen worked for The Ledger in Lakeland, Florida.

As journalists today are generally required to wear many hats, Allen said she has to be ready for anything in her line of work.

"Journalists — especially newspaper reporters — always have to be alert and ready to tweet, Periscope, take photos and videos at a moment's notice," said Allen, a South Lyon native. "You never know when something will break and you have to be able to respond in the best way possible."

Allen attributes her adaptability to her Grand Valley education.

"Grand Valley taught me what journalism is," Allen said. "I declared my major my first year and knew I wanted to be a reporter, but didn't know what that entailed until taking classes at Grand Valley. I also worked for the Lanthorn, which gave me more 'real world' experience and taught me how to work under tight deadlines."