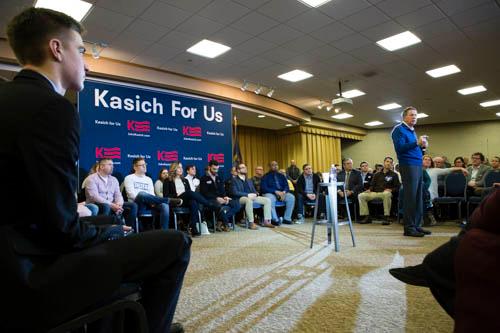 Republican presidential hopeful and Ohio Gov. John Kasich talked about what he said were three key components to creating jobs in the United States and gave life advice to students at a packed town hall event Monday, February 15 at the Kirkhof Center.

Kasich, whose stop at Grand Valley was sponsored by the university's College Republicans student organization, touched on the economy, jobs and partisan politics in a wide-ranging discussion before taking questions from a half dozen members of the audience.

Kasich said that avoiding over-regulation of businesses, cutting taxes at every opportunity and balancing the budget are three things that must be done to improve the economy and jobs outlook in the U.S.

"A job is an essential part of this life," Kasich said. "We're made to do good, productive things. So we have to create an environment to create jobs."

Kasich also stressed the importance of local and state control on a number of issues, but told the audience that waiting on action from Washington on important issues in their own communities was a mistake.

"You can't wait for someone to ride in on a white horse from Washington," Kasich said. "I think they're all out of those over there. We need to revive the spirit of our country. Let's pick up the baton and run for the finish line."

Life advice also figured prominently in Kasich's speech, advising students to abstain from drugs, surround themselves with people who believe in them, and to persist in the face of adversity.

"You students are here to live big. You only have one time to be young," Kasich said. "Have very big dreams, because sometimes it's hard for people close to you to see the big dreams you have, and how they can help you make them come true."

Kasich also encouraged young people who may be having trouble with depression or other mental health issues to seek help, whether from a friend, professor or a trained counselor, saying the assistance could help students follow their ambition to "change the world."

Responding to audience questions, Kasich said he favored aggressively pursuing development of renewable energy, would favor medical use of marijuana but not legalize it for recreational use, and that funding for mental health programs should be increased.

Party politics also played a role in Kasich's speech. He said that the Republican party was "his vehicle, not his master," and said jokingly that the only people he takes orders from are his wife and teenage daughters.

"We have to work to convince them (Congress) that they are not there to be Republicans or Democrats, but to be Americans first," Kasich said. 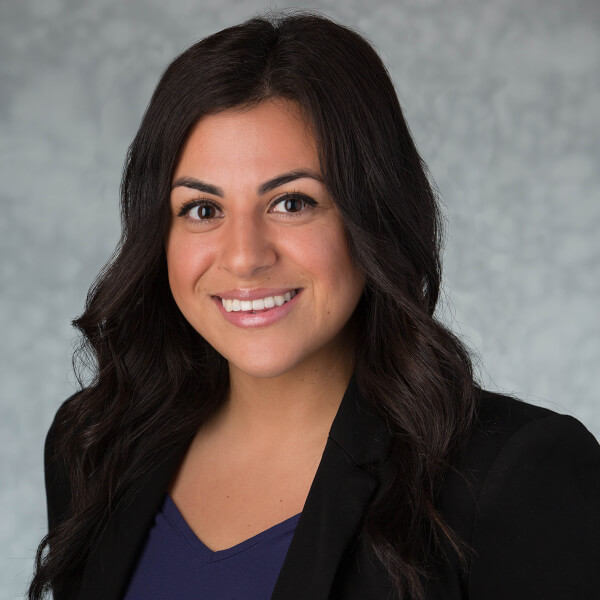 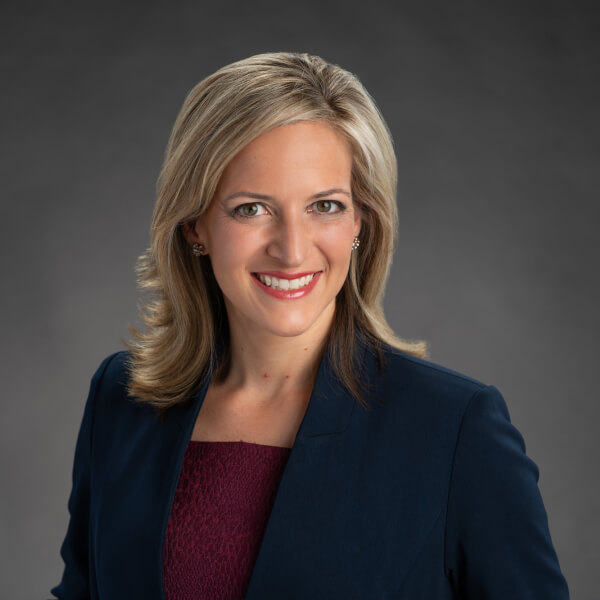 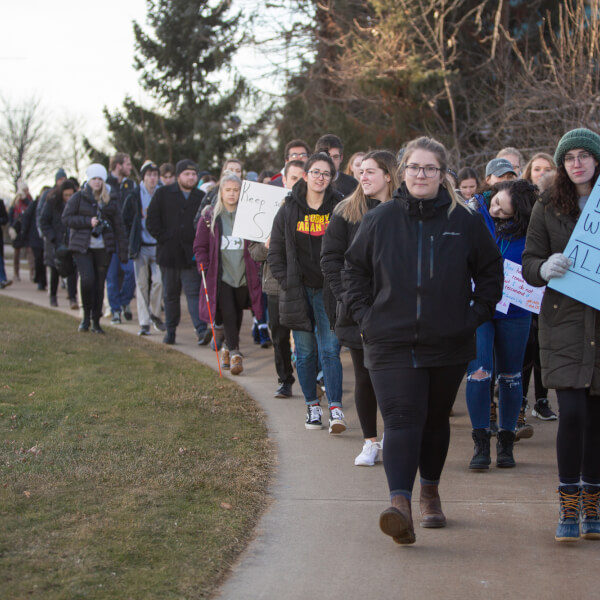