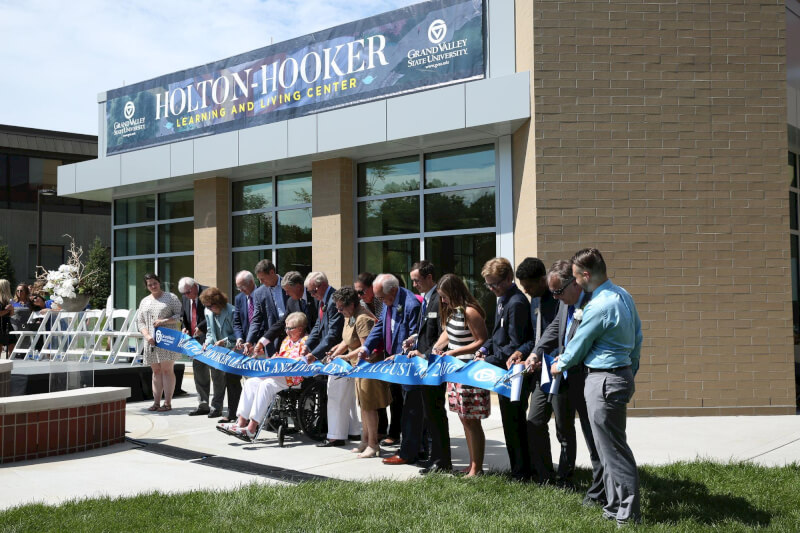 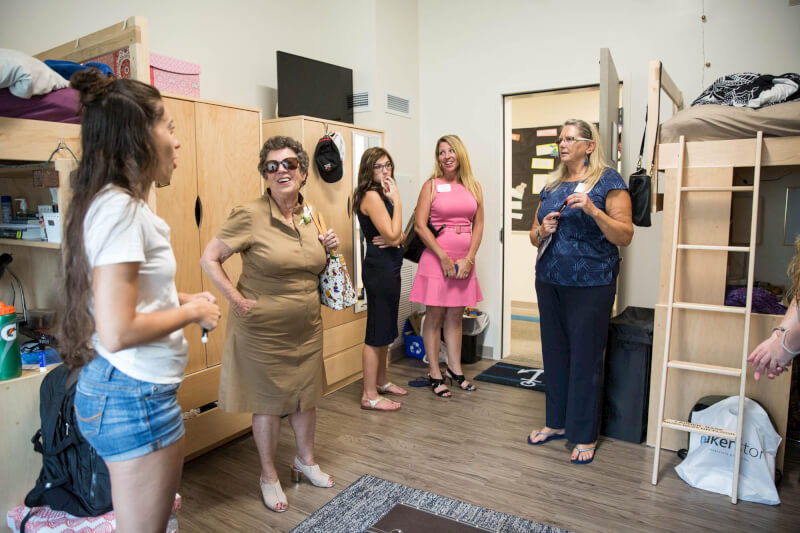 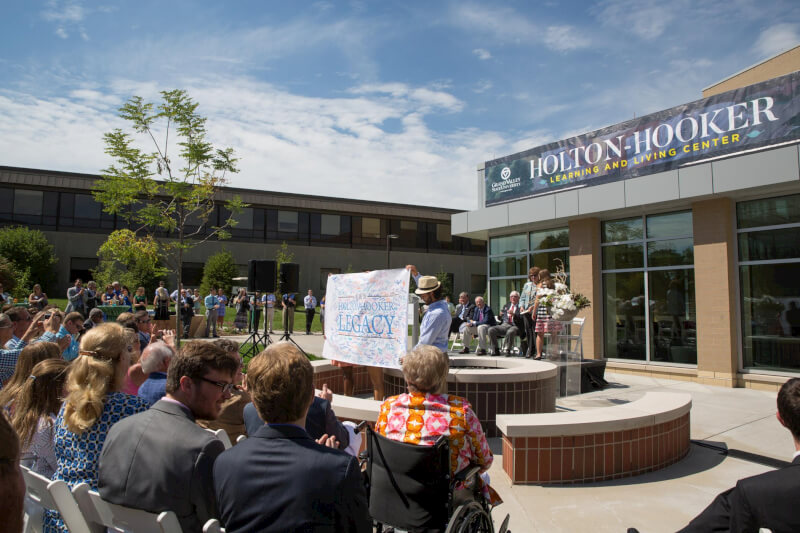 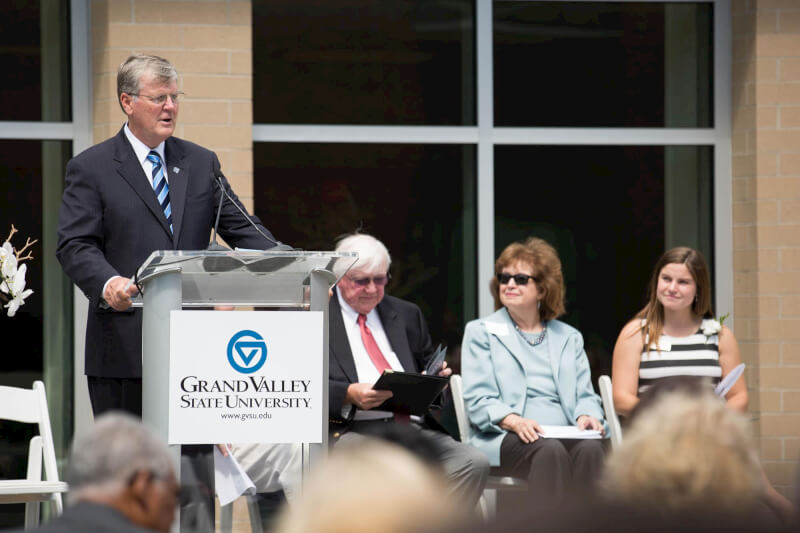 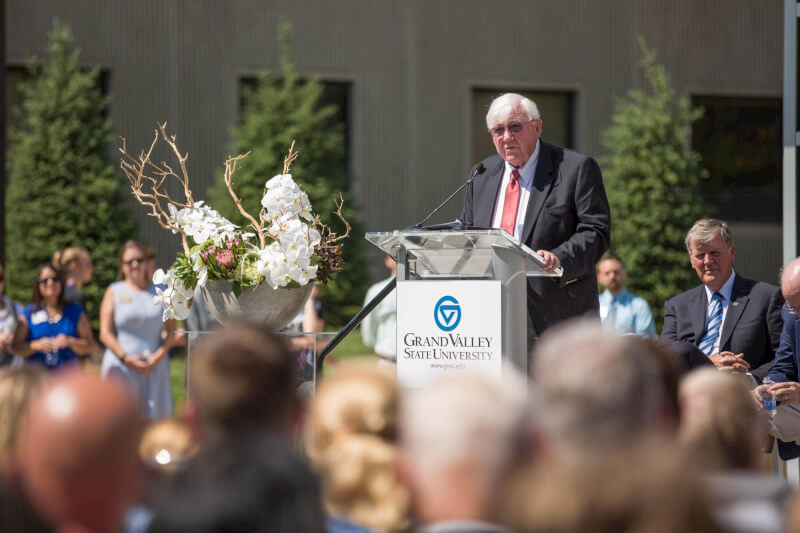 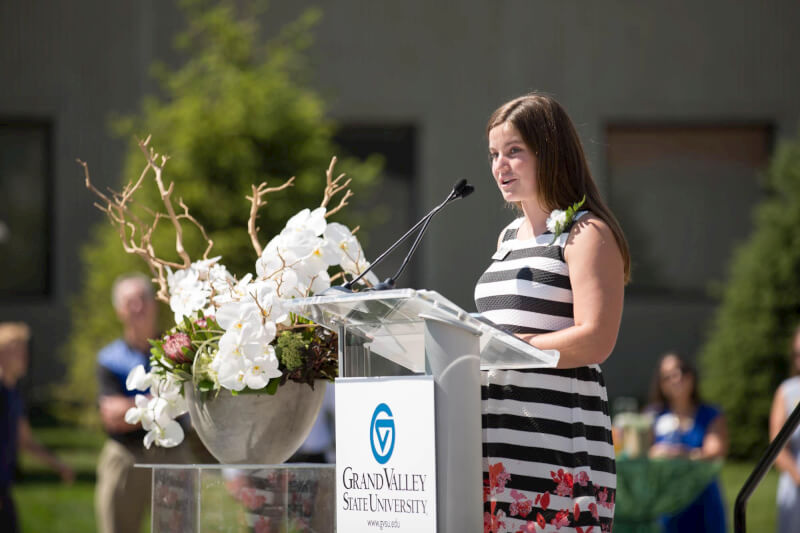 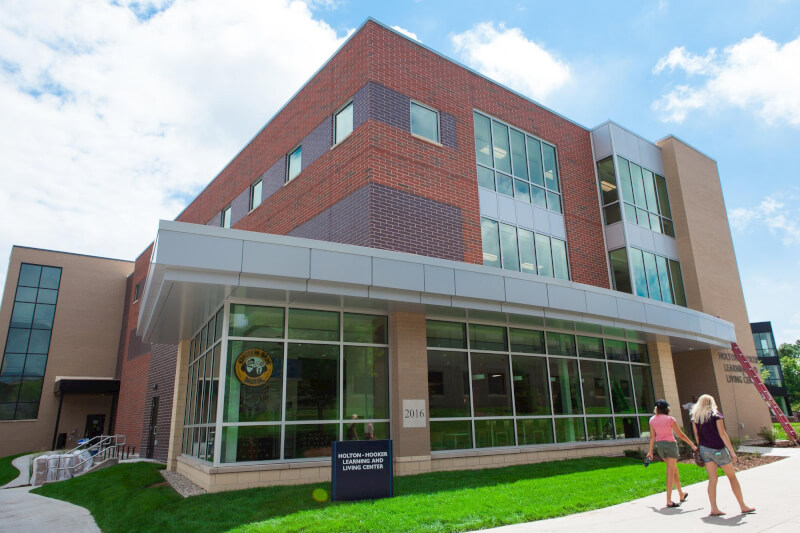 The new Holton-Hooker Learning and Living Center provides an opportunity to bring students and faculty together, and is an example of how Grand Valley is student-centered, said Ella Fritzemeier, president of the Student Senate at Grand Valley.

Fritzemeier made the remark at a dedication and ribbon-cutting ceremony August 26, celebrating the opening of the new learning and living center on the Allendale Campus.

She spoke to a crowd of about 300, saying the new building will be her home this year, where she will serve as a resident assistant. "The center's unique features, like the collaboration areas, will provide a rich interdisciplinary learning experience and will help amplify the development of student success," she said.

The four-story, 135,000-square-foot building is located on the north side of campus, next to Mackinac Hall.

President Thomas J. Haas welcomed those in attendance and said the integration of learning and living will help students feel a sense of place and a sense of belonging.

"This learning and living center is a great example of the Laker Effect," said Haas. "It allows for students to create relationships with one another and with faculty, and supports an environment for students to succeed."

Haas said the center's artwork — nearly 200 pieces — is a reflection of the diversity and multiculturalism within Grand Valley's campus culture.

President Emeritus Arend D. Lubbers spoke about the legacy of Earl and Donnalee Holton and Bob and Judy Hooker. Named after lifelong supporters of learning, the Holtons and the Hookers have advocated for the growth of Grand Valley and have inspired others to do the same. They each have served on the Board of Trustees and the Grand Valley University Foundation board.

Lubbers said the English have a word for people like the Holtons and Hookers, they are called "worthys."

"Worthys do good things for communities, institutions and nations over a considerable period of time," said Lubbers. "They have a positive spirit and overcome obstacles. They are a model for life. Both couples have served Grand Valley for many years and their positive force was invaluable in solving problems and moving forward."

Remarks were also given by Provost Gayle R. Davis and Board of Trustees chair John Kennedy.

Einstein Bros. Bagels was relocated from The Commons to the first floor of the Holton-Hooker Learning and Living Center. The university's Housing and Residence Life office is located on the third floor.

Construction of the $37 million facility began in September 2015. 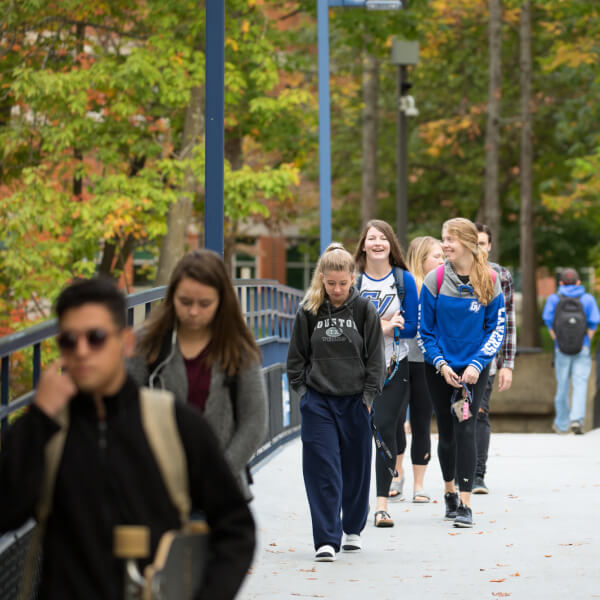 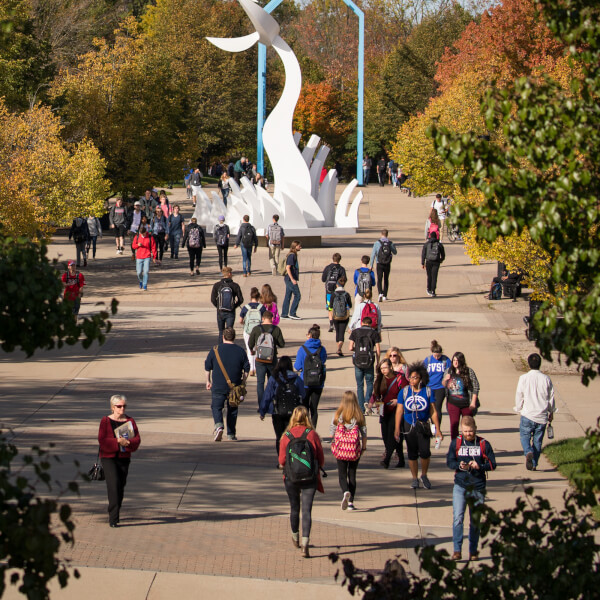 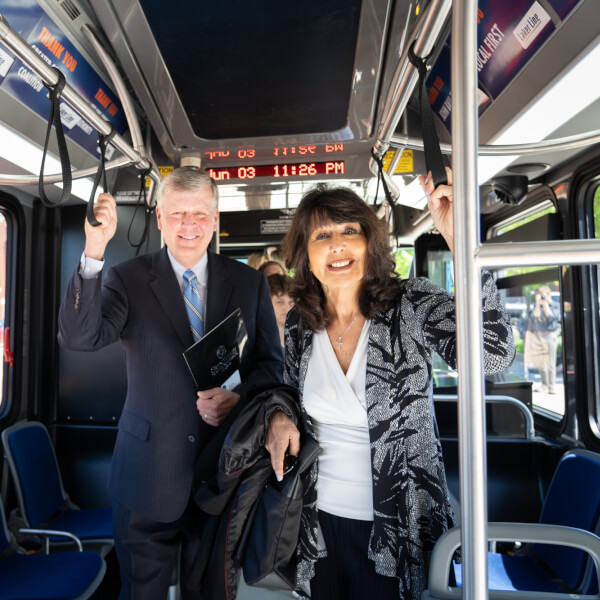