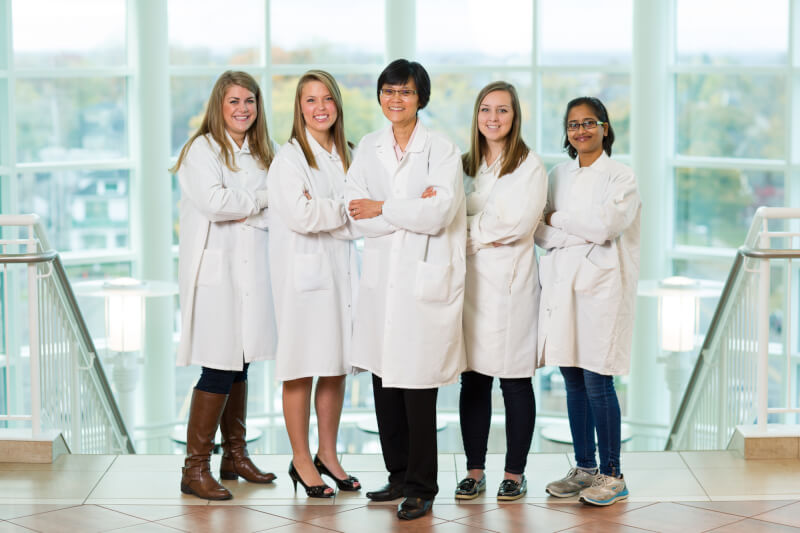 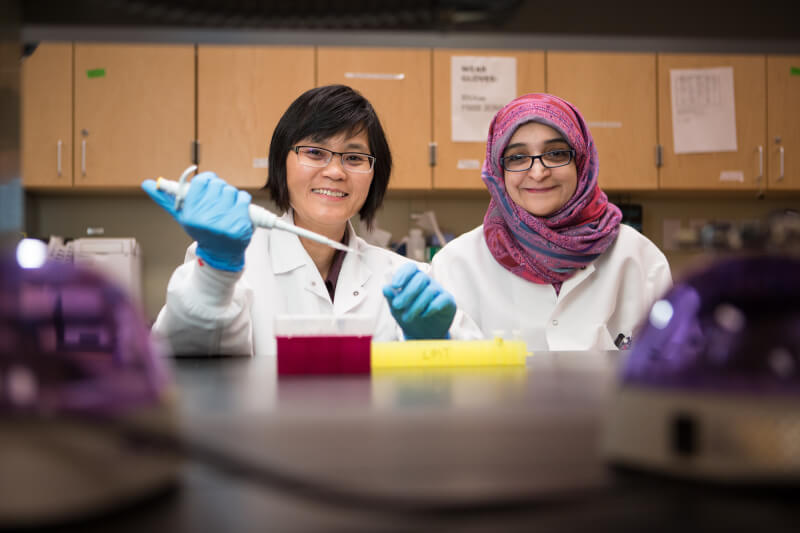 A cell and molecular biology faculty member has advanced her Parkinson's disease study and hopes to affect treatment of the disease.

Sok Kean Khoo, distinguished associate professor of molecular genomics, said she and her students are studying a group of small molecules (microRNAs) as biomarkers for Parkinson’s and Alzheimer’s diseases and investigating if the samples can distinguish the progression of the neurodegenerative disease.

Khoo said her latest findings show that the expression level of these microRNAs in blood changes according to disease development. "These microRNAs can distinguish slow and fast progressors at an early disease stage," she said.

Khoo was among nine researchers invited by the Michael J. Fox Foundation to give poster presentations in early November at the Parkinson’s Disease Therapeutics Conference in New York City.

She has received multiple grants from MJFF to study the biomarkers as monitors for disease progression. For her initial MJFF-funded project, Khoo collaborated with Mercy Health Saint Mary’s Hauenstein Neuroscience Center and researchers at the University of Colorado Denver. She continues to work with Hauenstein Neuroscience Center clinicians and has partnered with researchers at Columbia University, University of Rochester, Van Andel Institute, Umeå University, and Michigan State University.

"I hope to bring these laboratory findings into the clinical world by developing a blood test to accurately detect and track Parkinson’s disease, as well as to classify patients into different subtypes, such as fast and slow progressors, to improve management and treatment," she said.

There is no definitive blood test for Parkinson's disease, Khoo said.

About 60,000 Americans are diagnosed with Parkinson's disease each year. Khoo said, generally, the brain cells that produce dopamine, a neurotransmitter that is essential for movement, cognition and emotion, are gradually lost in a patient with Parkinson’s disease.

"Without effective treatments, patients have to face the reality of decreasing mobility and quality of life over time," she said. "Because symptoms and the progression rate differ from person to person, monitoring the disease progression is a challenge."