Interns to compete in GVSU-hosted Olympics 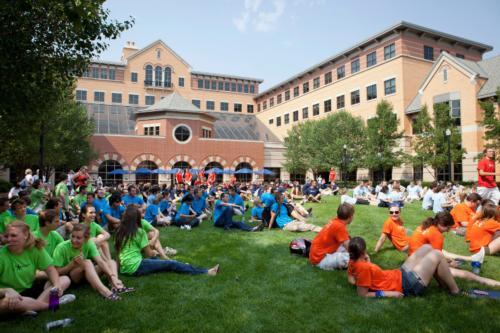 This is the third year Grand Valley is hosting the West Michigan Summer Intern Olympics.

From cubicle to Olympic podium, more than 300 interns from West Michigan companies will take competition to another level during the sixth annual Summer Intern Olympics June 20 at Grand Valley State University.

The games will go from 2:30-4:30 p.m. The event will conclude with a networking reception and trophy presentation from 4:30-5 p.m. on the second floor of the Eberhard Center, Pew Grand Rapids Campus. Media is encouraged to attend.

This is the third year Grand Valley is hosting the event.

“This event is a great example of the types of private/public partnerships Grand Valley engages in West Michigan,” said Susan Proctor, employer development manager for the Career Center at Grand Valley. “It also allows interns, especially those from out of state, to see all the career and educational opportunities this area has to offer.”