AWRI director elected to science board 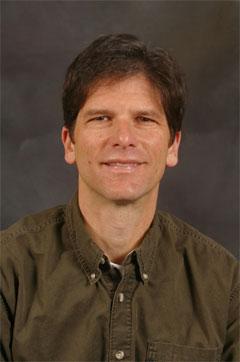 Alan Steinman, director of Grand Valley’s Annis Water Resources Institute, has been selected to serve on the Society for Freshwater Science's Board of Directors.

It’s not the only board Steinman serves on. He was recently appointed as a member of the Michigan Board of Trustees of The Nature Conservancy, and also serves on the boards of the Community Foundation for Muskegon County, the West Michigan Symphony, and Goodwill Industries of West Michigan.

The Society for Freshwater Science is an international scientific organization whose purpose is to promote further understanding of freshwater ecosystems (rivers, streams, lakes, reservoirs, and estuaries) and ecosystems at the interface between aquatic and terrestrial habitats (wetlands, bogs, fens, riparian forests and grasslands).

The society fosters exchange of scientific information among the membership, and with other professional societies, resource managers, policy makers, educators, and the public.