After crossing the Mackinac Bridge into Michigan’s Upper Peninsula, it’s common to hear phrases like “You betcha,” or words like sauna pronounced distinctively, such as “sow-na” rather than “saw-na.”

The uniqueness of this regional dialogue is predominately associated with the idea of the “Yooper” — a term used to describe natives of the U.P. and their dialect. The origin of the term dates back to 1979 when an Escanaba newspaper held a contest to determine what U.P. residents would call themselves, and “Yooper” won.

Since 2000, Kathryn Remlinger, professor of English, has been conducting a historical and contemporary examination of the development of the Yooper dialect, its relationship to the U.P. and the idea of the Yooper identity.

“My research demonstrates how relationships among identity, language and place have emerged since the early 1900s to shape the idea of Yooper as both a way of speaking and a regional identity,” Remlinger said.

The culmination of Remlinger’s 16-year project  is her book, Yooper Talk: Dialect as Identity in Michigan’s Upper Peninsula, which was published in June by the University of Wisconsin Press. 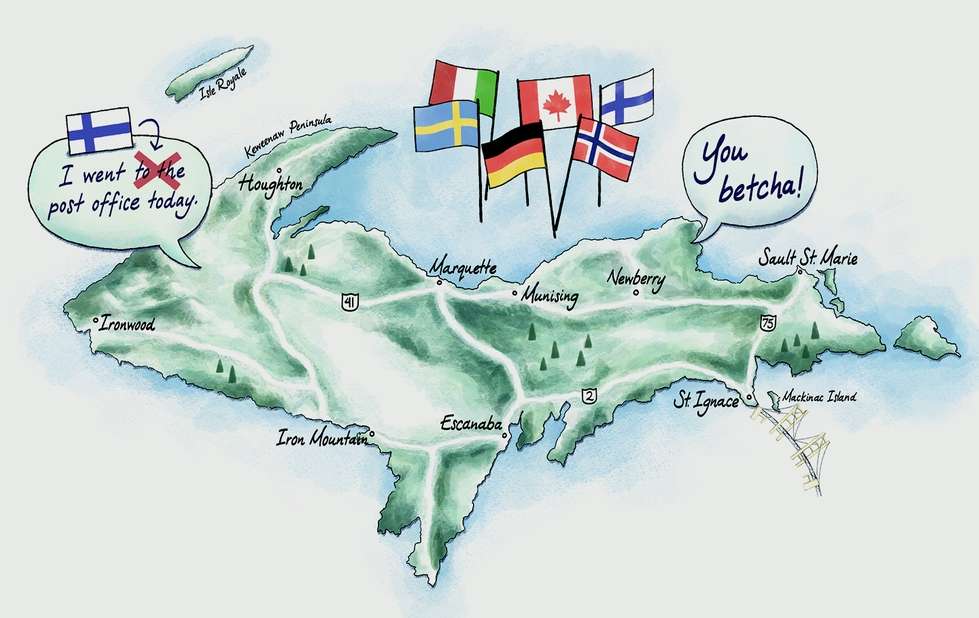 Remlinger has focused her research in the northwestern area of the U.P., specifically from the greater Marquette area north to the Keweenaw Peninsula.

“When people hear what they think is Yooper talk, that’s the most iconic area,” Remlinger said. “It’s the most isolated area, so there hasn’t been as much contact with other dialects that could affect Yooper dialect.”

During her initial research from 2000-2002, Remlinger interviewed 75 lifelong residents, ages 12-92. Over the years, she revisited these residents to gauge if their perceptions of the Yooper identity had changed.

While the follow-up interviews did not produce any major changes in attitudes, she did discover that there were, in fact, a greater array of opinions than she expected.

“There were a range of attitudes, from people saying things like, ‘It worries me that people think we’re stupid,’ to, ‘It doesn’t bother me to be called a Yooper,’” said Remlinger.

Remlinger discovered that the migration of Finnish-speaking individuals in the early 1900s greatly impacted the development of the Yooper dialect, including the exclusion of prepositions when talking about movement toward a place.

She explained that other languages like German, Swedish, Norwegian, Italian, Cornish English, French Canadian and Anishinaabemowin combined with English over time to shape the dialect.

Aside from immigration and settlement patterns, Remlinger found that tourism and the media have had major impacts on the Yooper identity, especially since the construction of the Mackinac Bridge in 1957 made traveling to the U.P. more accessible.

“Over the past 16 years, I’ve noticed there’s more Yooper-themed merchandise than I’ve ever seen before, so it’s becoming really recognizable, even on a national scale,” she said. “For example, a lot of people have the ‘Say yah to da U.P, eh!’ bumper sticker who aren’t from the U.P., and ‘Yooper’ was even the topic of a few questions on ‘Jeopardy’ in both 2003 and 2014.”

She has even noticed billboards along U.S. Route 41 outside of Ishpeming advertising an insurance agency: “We don’t insure saw-nas. We do insure sow-nas.”

“This shows not only a positive attitude toward the local dialect, but also positive values associated with being ‘local,’ including being trustworthy, dependable and honest,” Remlinger said.

The term Yooper received more national attention when it was added to Merriam-Webster’s Collegiate Dictionary in 2014.

“This came after years of a man playing Scrabble who wanted to use the word ‘Yooper,’ but his friend wouldn’t accept it because it wasn’t in the Scrabble dictionary,” Remlinger said. “So, he solicited dictionaries to include it until Merriam- Webster finally did.” 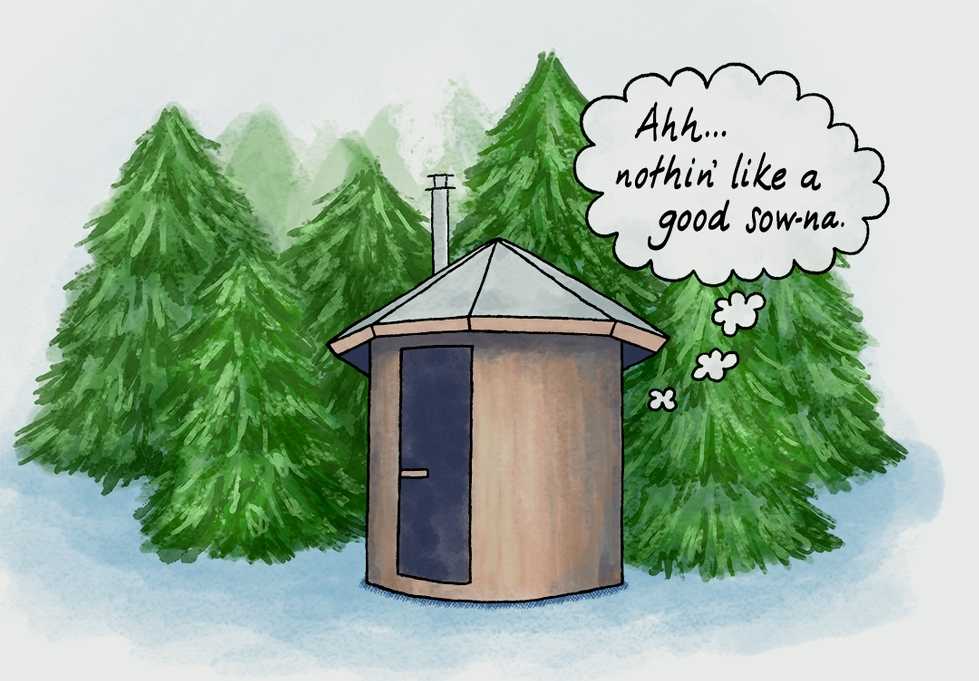 The U.P. is near and dear to the heart of Wil Rankinen. The assistant professor of communication sciences and disorders was born and raised in the U.P. and frequently visits his family during the summer. Combining his love for his roots with his academic interests, Rankinen is currently studying the similarities and differences of how English is spoken in the various regions of the U.P.

“There is a real scarcity of research on this topic because much of what we know is based on qualitative accounts of the way of speaking English in the area, often highlighting the stereotypical features of U.P. dialect,” said Rankinen.

“My research, however, examines the trends in the community to see how certain features are changing.”

“I was unable to determine if the source of these features was coming from Canada, or an independent change developing from within the U.P. itself,” he said.

His current study is designed to determine if these Canadian-like features are found in only certain areas of the U.P. Rankinen divided the features into two categories: “Canadian Shift” and “Canadian Raising.” The former examines pronunciation of the vowels in the words “bit,” “bet,” and “bat,” while the latter examines the vowels in “bite” and “bout.”

To determine how these vowels are pronounced by Yoopers, Rankinen paid attention to where a person’s tongue is positioned in relation to the roof of their mouth when speaking the aforementioned words.

Rankinen said there are more extreme cases of the Canadian Shift and Canadian Raising features among younger generations.

“Many of the features I am looking at are below conscious awareness, yet they do have an impact on how people perceive this unique speech pattern in the U.P.,” he explained.

Combining his love for his roots with his academic interests, Wil Rankinen is currently studying the similarities and differences of how English is spoken in the various regions of the U.P.

Rankinen said his study will be the largest U.P. linguistics study to date because of its scope and size. He spent four months earlier this year conducting more than 110, 90-minute sociolinguistic interviews with his research subjects. During these interviews, participants were asked to complete various tasks designed to gauge how native, long-standing U.P. residents produce, perceive and think about the various U.P. speech patterns.

His interviewees were from six U.P. towns and their neighboring communities: Iron Mountain, Ironwood, Sault St. Marie, Newberry, Marquette and Houghton. In the summer of 2018, Rankinen will return to the U.P. to collect about 30 additional interviews.

In the meantime, Rankinen will be involving his students by tapping them to assist with data extraction, compilation and analysis. Rankinen estimates his research project will take nearly three years to complete.