Professor striving to change perception of mathematics among students

Karen Novotny has an important message she wants to relay to students — and the world — about the field of mathematics: math is cool.

Novotny, professor of mathematics, is the first female chair of the Mathematics Department. Since beginning her career at the university in 1988, she has made it her mission as an educator to snuff out what she called the “bad rap” associated with the mathematics field.

What’s your focus as the Math Department chair?

My focus is on the notion that mathematics is a boring subject; we have to change how math is viewed in the world.

Students come to Grand Valley having some exposure to many mathematical concepts, but we’re trying to teach math in a more engaging way that gets at the big ideas and isn’t just the manipulation of symbols that a lot of students don’t understand.

Why do you think the mathematics field has a negative stigma attached to it?

I tell people I’m a mathematician and they say, “Oh, I hate math,” or “I can’t even balance my checkbook.” People should not be proud of the fact that they can’t do math.

Most students believe there aren’t many job prospects aside from teaching math, which is totally wrong, but that’s just one reason why math has a bad rap. 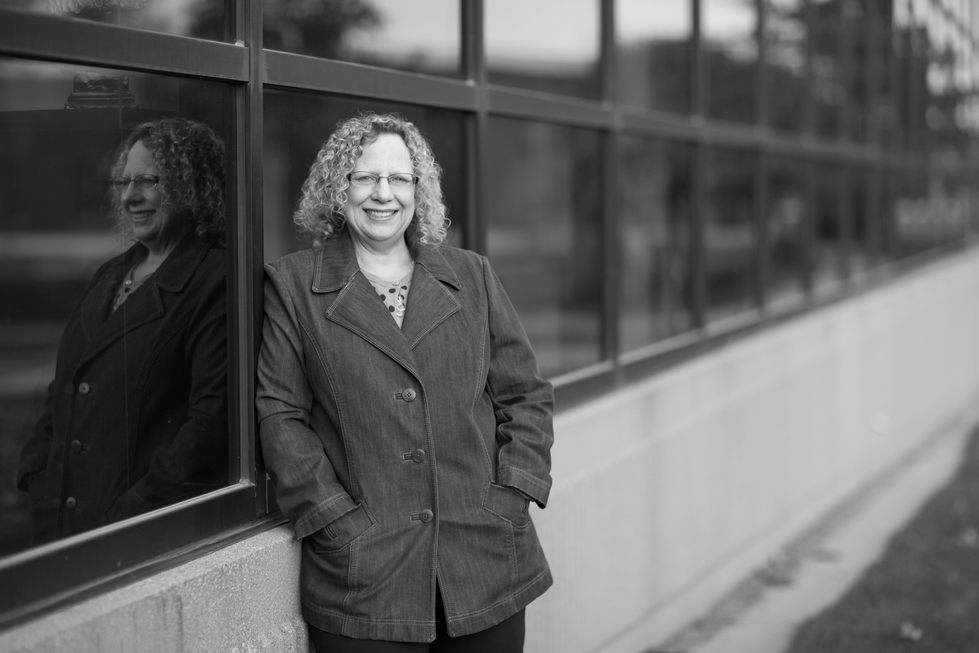 Median salary is around $100,000, to start, for jobs like data analysts and other similar roles that don’t say “mathematician” in the job title, but employers want people who can code and problem solve, and mathematicians can do all of that. We want students to be better prepared for these types of jobs that are in high supply and demand.

Has this bad reputation hurt enrollment in the mathematics program?

We do not have as many math majors as we once did, especially those going into secondary education. But the number of math majors not seeking a career in teaching has gone up, and there are more women going to graduate school. We’ve been successful in having students double major, or get a minor in math. We’re trying to do more of that — grab students going into fields like economics, engineering or computer science that mesh well with mathematics.

In what ways are you showing students they can have fruitful careers with a math degree?

We are focusing on getting students engaged in their own learning, so community outreach is a large part of our strategic planning. The idea is that people in the community have problems. If we can find out what those are, and get our students working on those problems, we can have a mutually beneficial relationship.

For example, we’re hoping to work with nonprofits to offer them long-term data analysis. We also have students making mathematical games and videos for the department’s YouTube channel that are designed to show young kids that math can be fun.

You mentioned that some jobs mathematicians are qualified for don’t actually say “mathematician” in the title. Can you elaborate?

People who win Oscars for innovations are occasionally mathematicians. In “Star Wars: The Clone Wars,” for example, Yoda was computer-animated and jumping around during a particular fight scene. That was done using math.

Mathematicians work as data analysts in many Fortune 500 companies and government agencies, such as the NSA, Department of Defense, NASA or the U.S. Department of Agriculture. There’s quite a bit of math in both art and music. A mathematician wrote XO Wave, which is music production software used worldwide to edit sound for film and create master copies of CDs for mass production.

What encouraged you to pursue a career in mathematics?

It wasn’t so much a “what” but a “who.” When I started college, I was going to be an elementary school teacher. I took the first math class where we actually had to write our own proofs, and I remember distinctly that my professor handed back our first test and written on mine was, “See me after class.” I thought, “Oh my gosh, he thinks I cheated.” I was just a nervous wreck until we had this meeting, and it was just the opposite. He said that he thought I had promise and should consider continuing on to graduate studies in math. That gave me the confidence I needed and opened up a whole different world for me.

I learned that math is more than what I thought it was. There are mathematical concepts that are mind-blowing. I tell my students, “You’re going to reach a level of abstraction in your thinking that the average person never reaches in his or her lifetime.” That’s so cool. If just one of my students over my entire career suddenly feels the way about math that I felt in that college class, it’s all worth it. That math professor changed the course of my life, and I hope to do that for my students.