In the deep trenches of space, the flight engineer of a NASA space ship opens an airlock door to reveal a giant asteroid floating in the void surrounded by stars.

Tim Evans, associate professor of biology, reports that, “All systems are nominal,” as he steps out of the ship and uses his jet pack to pilot his way to the surface of the asteroid to collect rock and soil samples.

After completing his mission, Evans returns to the ship, and removes his virtual reality goggles. This scenario was one of the many daily simulated missions Evans and his crew members completed during their 45-day stay aboard NASA’s Human Exploration Research Analog (HERA) mock spaceship. 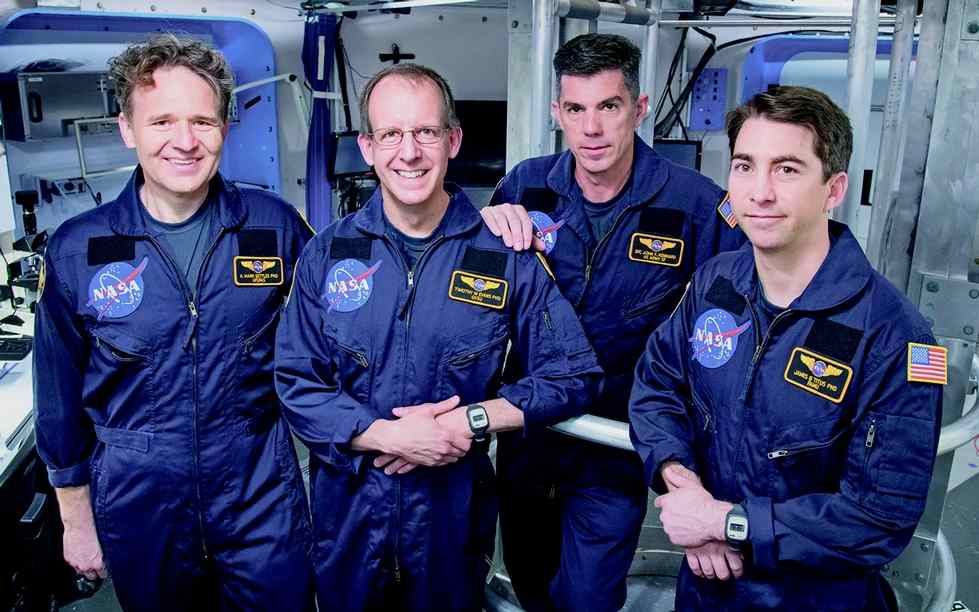 Tim Evans is second from left.

HERA is a three-story, closed habitat at NASA’s Johnson Space Center in Houston. NASA is associated with at least 15 simulated space missions called “analogs” throughout the world, in which participants are placed in simulations that produce physical and mental affects similar to those experienced in space.

These analogs help prepare NASA for possible future explorations to Mars, asteroids and the moon.

After passing multiple physical and psychological exams, Evans was accepted into the program and flew to Houston in April to begin two weeks of training.

How did you find out about this opportunity?

I saw someone’s post in a Facebook group I belong to called “Astronaut Hopefuls” about their experience participating in a HERA campaign. I thought it sounded kind of cool, so I told my wife I was thinking about applying. We both laughed about it and I thought, “Knock yourself out. It’s not going to happen, so why not? It’ll be fun to get a rejection letter from NASA.”

A few weeks later they called and I thought, “Oh my goodness, what have I done?”

What was involved in your HERA training?

It was surprisingly intense. A lot of time was spent describing the tests that would be conducted on us, and reviewing the equipment and systems we would be using in HERA. There was also a lot about informed consent because they are very concerned with the ethical treatment of test subjects.

What were your daily activities?

During our 19-hour work days, we would test hardware prototypes, create equipment with a 3D printer and test new concepts for space food. On most days, we did these virtual reality missions where two of us would practice visiting an asteroid. I was one of two mission specialists who descended onto the surface of an asteroid.

We did these simulations nearly every day of the week, sometimes twice per day, and each would take one-to-two hours. They were physically exhausting, but also a real rush, too. Going to that asteroid never got old.

What were the NASA researchers studying while you were in HERA?

They studied a lot of things, not all of which I’m at liberty to share, but this was largely a sleep deprivation study. They limited us each week to five hours of sleep for five nights, and Saturday and Sunday nights we got eight hours. Over the course of 45 days, that’s a very significant sleep deficit you build up, and that was hard.

Did researchers do anything to lessen the intensity of sleep deprivation?

They installed a whole new lighting system in HERA for this campaign and enriched the blue spectrum in the lights for part of the day. If you are looking at things on screens at bedtime, it keeps you awake because there is a higher frequency of blue wave lengths. 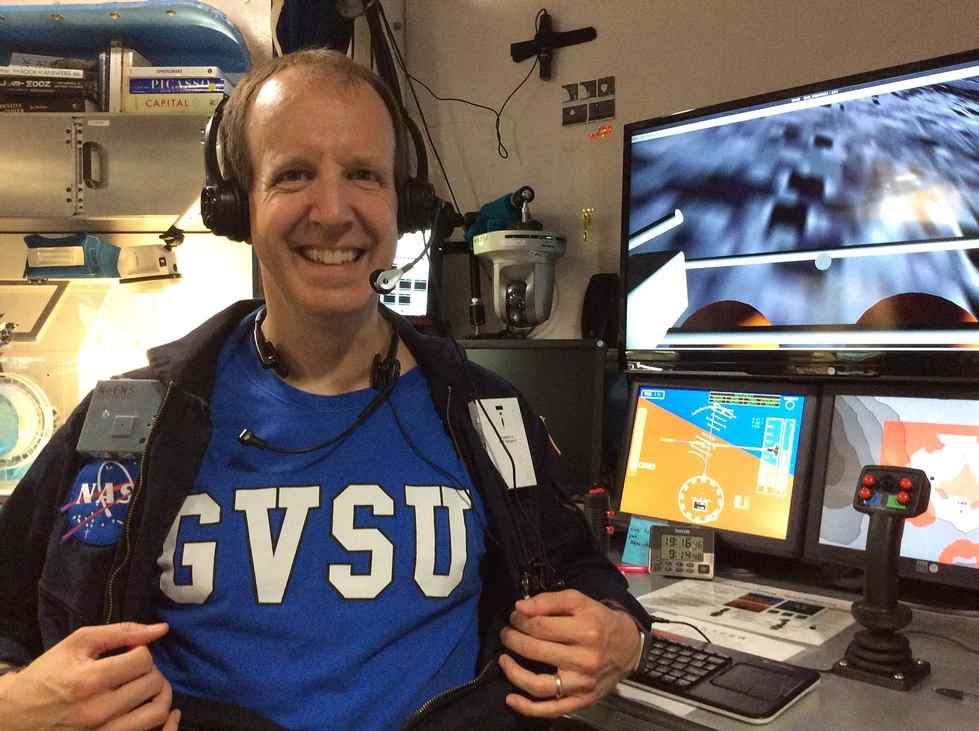 They wanted to take advantage of that idea, so they would give us a little bit of blue in the lights and I would seek out those areas to read because it perked me up. We called them  “caffeine lights.”

They also stretched out the time between meals. We’d have breakfast at 7 a.m., lunch at 2:30 p.m. and dinner was at 10:30 p.m. We would go to bed at 2 a.m. and wake up at 7 a.m. By stretching the days out and messing with the lights, it compressed the way the day felt, almost making them feel like normal days.

One meal was called Turkish fish stew, and I remember thinking, “Yuck!” But it was actually very good.

What did being on that kind of sleep schedule for 45 days do to your psyche?

Actually, the effects of that were very interesting. I knew it would be uncomfortable, but I was tired in HERA all the time. We were allotted a very limited amount of coffee and we couldn’t have any within 12 hours of bedtime. We all brought books to create a little library, so I tried to read in my free time, but I couldn’t focus. I would keep re-reading the same sentence multiple times.

The discomfort was always in the background for me. The busy days were the best days because we had activities we had to focus on. 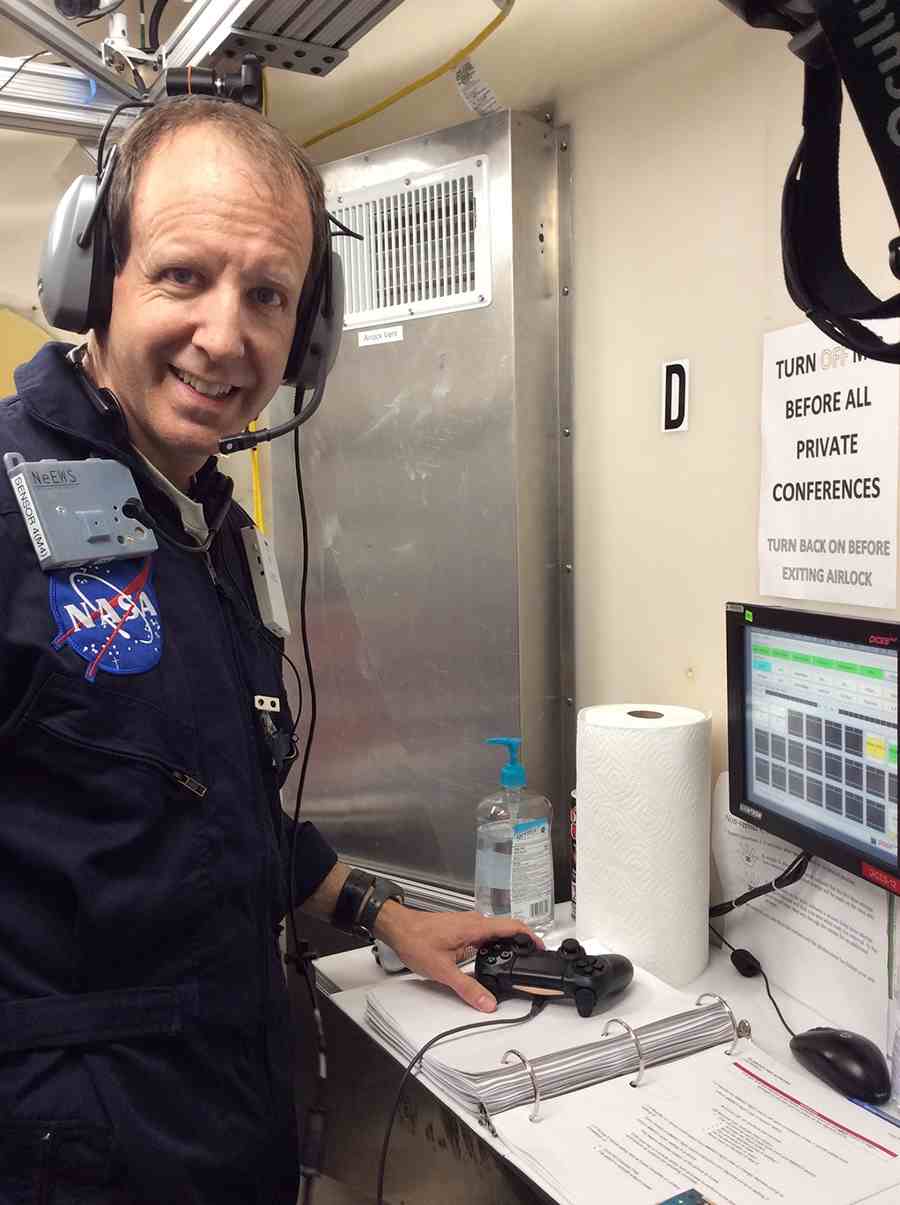 Did you encounter any other struggles during the campaign?

Control over our daily schedule was something I really missed. NASA gave us our daily schedules, but that’s how it works on the International Space Station. I also missed being able to get in my car and drive somewhere, work in my yard and feel the weather. There  were no windows in HERA, so I missed being out in the world. I definitely became homesick, but thankfully we each got a 30-minute call from home about every seven days. The food was also sort of a struggle in that we didn’t get to choose what we ate.

How was the ‘space food?’

It was surprisingly good, although toward the end of the 45 days, I began craving pizza and fresh foods instead of dry food. The researchers were looking at different things in our diet and its impact on us. We ate the same food they eat on the International Space Station, and there was a greater variety than I expected.

What were some of your biggest takeaways from your experience?

I feel really good about contributing to this. This entire experience was like space camp on steroids, but I wouldn’t have done this just for fun. What made it really worth it to me was that we were doing this to help humans get to Mars.

I also now have a much better understanding of how important sleep is. I see now that most people cannot function on that little sleep. You can for a while, but then you have to catch up somehow. The complexity of a space mission is something I appreciate much more now as well. The number of moving parts that went into planning and executing this simulation was way bigger than I would have envisioned beforehand. Getting people to Mars is going to be much more difficult than I would have originally thought.

Students often tell themselves that scholarships, internships or jobs are for someone else, someone better than they are, so they never apply. I tell my students that those opportunities are, in fact, for them. I saw this experience and thought there was no way NASA was going to select me, but I applied and, by golly, they chose me. I want to inspire my students to reach for the things they want to do and not tell themselves that they can’t.

Page last modified October 8, 2019
Report a problem with this page