Alumni with the most diplomas

Michael Nicholson’s 1960s vintage green Smith-Corona typewriter has been with him through countless projects, literature reviews and research papers. It helped him work his way to earning one bachelor’s degree, one doctorate and 27 other advanced degrees.

The 73-year-old retiree was born to a Canadian father who never finished third grade and a mother who did not pursue education beyond her high school diploma. Yet Nicholson pursued his passion for education and currently holds the unofficial world record for earning the most college degrees. He chose Grand Valley because of its convenience, but discovered a deeper connection when he arrived at the Pew Grand Rapids Campus.

“The DeVos Center food court looks like a train station,” he said. “I feel at home when I walk into that building.”

Nicholson grew up traveling by steam train to and from Canada to visit family. He met his wife, Sharon, while pursuing his bachelor’s degree in Detroit. The two have lived in Kalamazoo since 1980.

Four Laker commencement tassels are proudly hanging above a desk in his home office next to the dozens of others. He expects to add a fifth to the collection when he completes his final class in the master’s of criminal justice program this fall.

“The more I went to school, the more I saw the professors had something I didn’t have, so I wanted to get what they had,” he said.

Nicholson took some early advice to heart: don’t quit too soon. With a short-term goal of receiving 33 college degrees in all, he insisted that he will keep taking classes until he is no longer able to strike the ivory colored keys on his trusty typewriter. 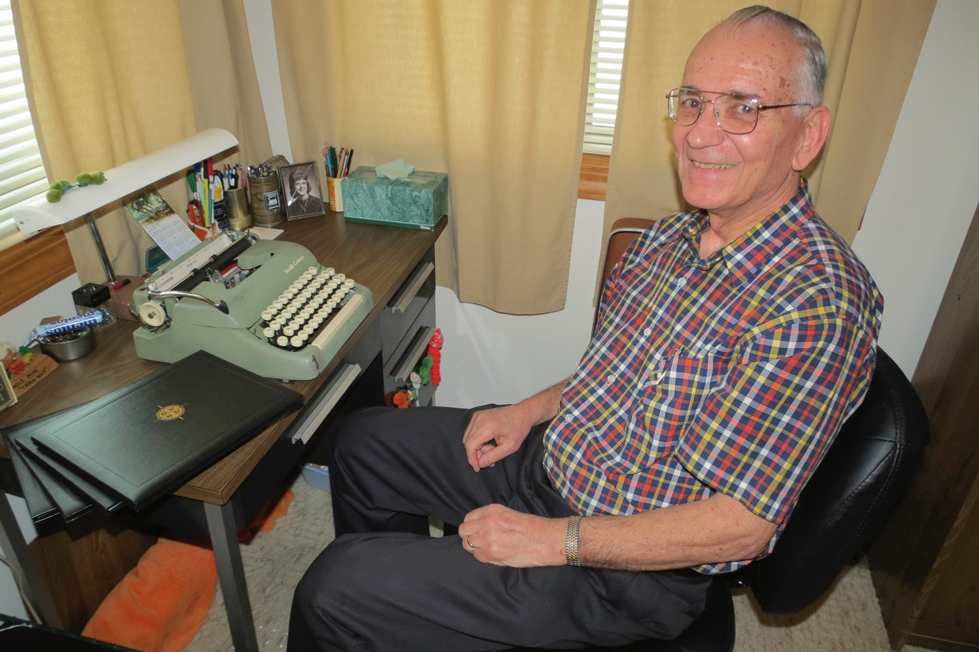 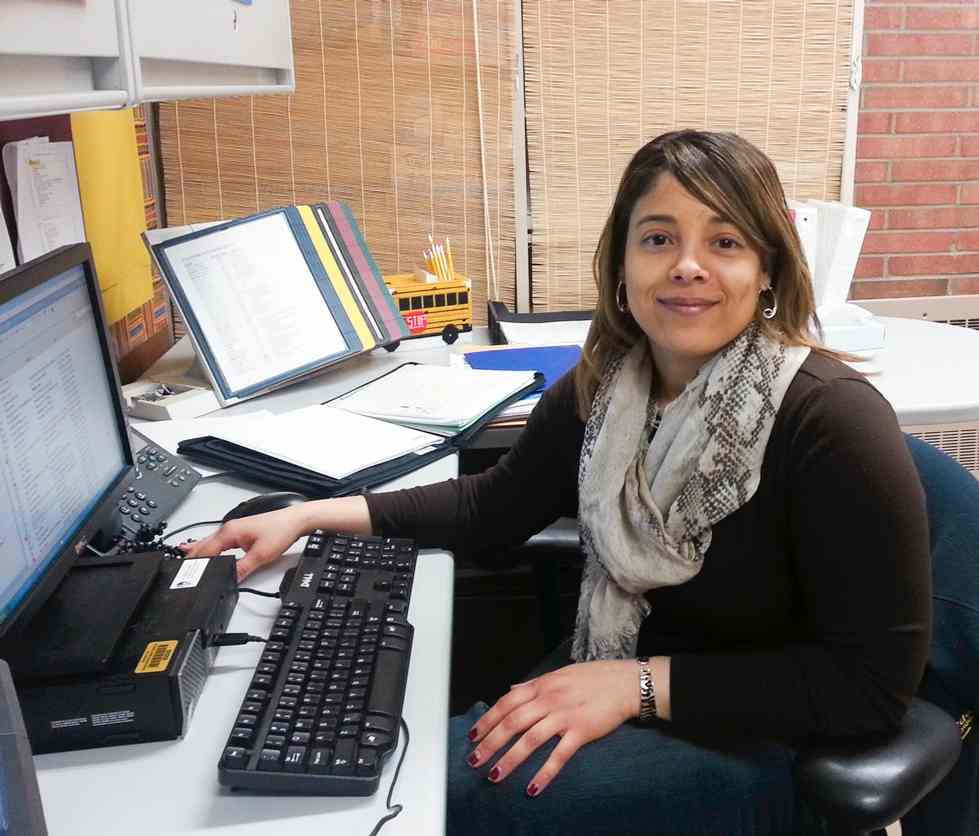 Aida Toledo, 38, was the youngest of eight children born to Puerto Rican parents in Chicago. Her mother finished fourth grade and her dad graduated from middle school. Her family moved to West Michigan while she was young; Toledo grew up attending Grand Rapids Public Schools. She worked full time, supporting herself through her first degree from Grand Valley in criminal justice in 2003.

An advocate for structure and discipline, Toledo started working with teens entering juvenile detention in Kent County. She also spent time guiding youth between the ages of 11-17 at the former Project Rehab of Grand Rapids. There, she coordinated long- and short-term substance abuse programs for six years, in an effort to keep teens out of jail.

Toledo came to the realization that she wanted to affect change in adolescents before they entered the justice system. She continued her education at Grand Valley and received master’s degrees in social work (2007) and education (2009), followed by an educational specialist degree in leadership (2010). She has worked in administration for GRPS since 2007, currently working as dean of students at Riverside Middle School, which serves 306 students. Her primary roles are coordinating discipline for students and administering teacher evaluations.

Toledo has plans to further her education with more degrees. “They have all had their place in assisting me to be where I am today,” Toledo said. “I am now able to pursue a doctorate if I want and may be seeking yet another degree, this time in counseling.”

The first and only in her family of 10 to graduate from a four-year university, Toledo emphasizes the importance of education to her students daily, hoping to steer them away from trouble and toward a promising future.

Shahryar (Shawn) Oliai left his family in Iran and came to the U.S. when he was 14 with a determination to get educated.

After some struggles to remain in college at another institution, Oliai arrived in West Michigan and discovered Grand Valley in 1986. At the age of 26 he enrolled as a nontraditional student and worked full time while taking classes.

He selected Grand Valley for its convenience and affordability, but he said he returned to seek second, third and fourth degrees because of the extraordinary instruction and faculty support.

“Whether I agreed with my professors or not, it was the healthy conversation and dialogue that made my time and commitment at GVSU meaningful,” said Oliai.

A degree in finance (1989) helped him establish himself in the banking industry, but his interest in health care led him toward degrees in biomedical sciences (1995), health sciences (1995) and eventually to a master’s in public administration (2005).

Oliai is currently a senior consultant for Encore Health Resources, a health care technology consulting company based in Houston, Texas. He assists hospitals with optimization and evaluates the effectiveness of their electronic health records, aiming to ultimately improve the experience of patients. Education is the cornerstone for Oliai and his wife Jacquelyn, who earned a master’s degree in nursing in 1995 and a post-master’s certificate in 2001. They have also instilled their love of knowledge in their two grown daughters.

“It brings you more independence. More options give you more tools to work with in life. Liberal arts are just as important as the technical part,” he said.

With a continuous desire to learn, Oliai is in the process of earning a master’s degree in medical informatics. 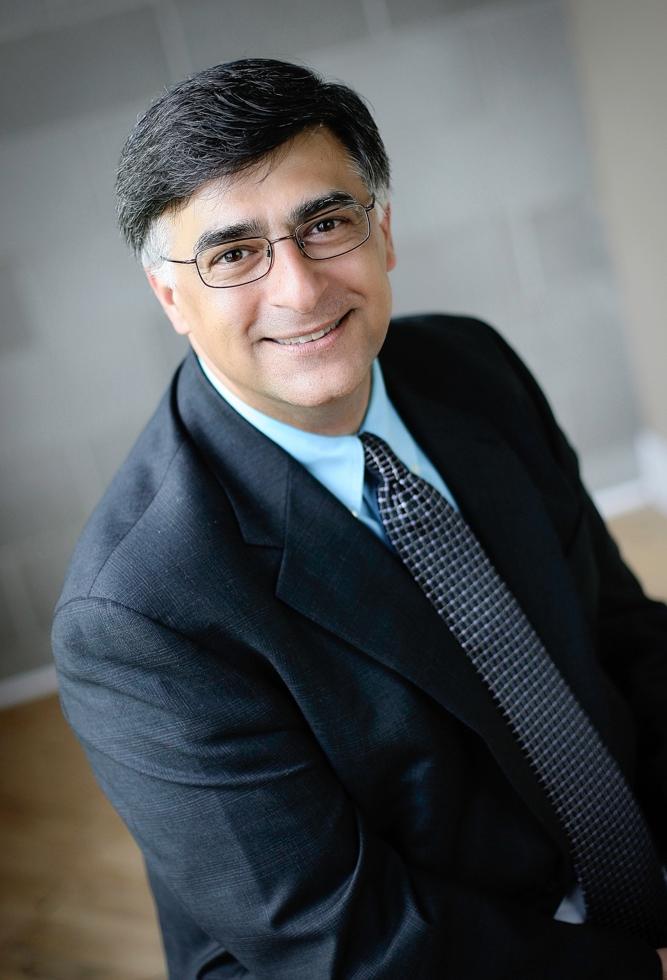 Kathleen Vogelsang, ’95 & ’99, was the recipient of the Distinguished Alumni Award at the university’s commencement on April 26. Vogelsang is a graduate of the Seidman College of Business and is employed as the chief financial officer at the Van Andel Institute in Grand Rapids.

Asli Yagmur Akbulut, associate professor of information systems in the Seidman College of Business Management Department, was nominated by her former students to receive the Outstanding Educator Award. Akbulut has been teaching at Grand Valley since 2003.

GVSU Alumni Golf Outing is set for July 19 at the Meadows.


Page last modified July 12, 2017
Report a problem with this page