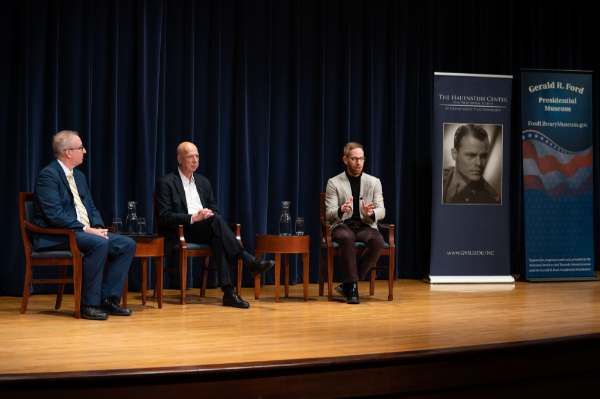 With the appointment of Justice Amy Coney Barrett to the U.S. Supreme Court in October 2020, the nation’s highest court gained a 6-3 conservative majority. For journalists like Adam Liptak with the New York Times and James Romoser of SCOTUSblog, that shift to the right has made for a historic time to be reporting on the high court’s rulings.

Grand Valley’s Hauenstein Center for Presidential Studies welcomed Liptak and Romoser on December 8 to the DeVos Center on the Pew Grand Rapids Campus to discuss the Supreme Court’s ideological shift and conservative tone in recent years.

“It’s been remarkable to watch even what the Supreme Court has done in those two, two-and-a-half years,” Romoser said. “The broad theme is how aggressively the 6-3 majority is changing the law and changing the law swiftly in the rightward direction.”

Liptak said when he first began covering the Supreme Court in 2008, the court’s decisions were not as predictable and sometimes not along ideological lines. Justices like Sandra Day O’Connor and Anthony Kennedy may have leaned to the right, but would occasionally offer contrary opinions.

“You didn’t know the outcome of every case and at the end of June, you’d have one for that side and one for this side, and it felt like that’s what you wanted from a court,” Liptak said. “You wanted not to be entirely predictable and not to be a juggernaut in one direction or the other.”

Romoser said even more surprising about the Supreme Court has been its willingness to hear cases it may have dismissed in the past. In the past two years, the Supreme Court has ruled on cases regarding abortion, guns, climate change, religion, COVID-19 policy, and in its next term it’s scheduled to hear cases on affirmative action, President Biden’s student loan forgiveness policy, free speech and regulation of the internet.

“It’s basically a laundry list of all of the most divisive policy issues in American life, and the Supreme Court is weighing in on all of them,” Romoser said.

“They chose to take these cases because they want to move the law and sometimes in very aggressive ways. It’s worth keeping in mind how big an impact the court is having in a historic way.”

Liptak said he would like to see a return to the Supreme Court’s days of 5-4 rulings as it was when he first began covering it.

“Sometimes the president chooses people for qualities other than ideology,” Liptak said. “What heartens me is when you can tell they are putting their heads together and trying to determine the right ruling on a statute.” 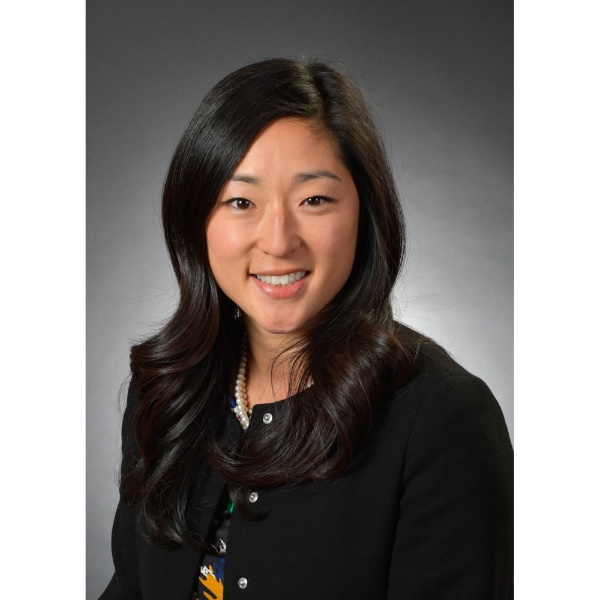 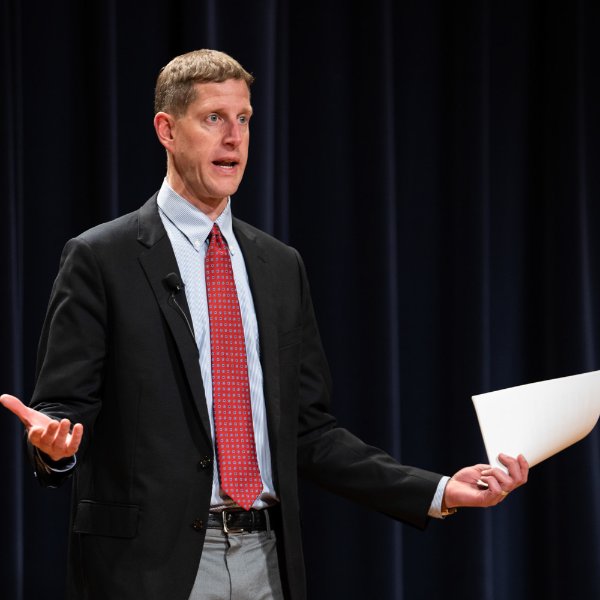 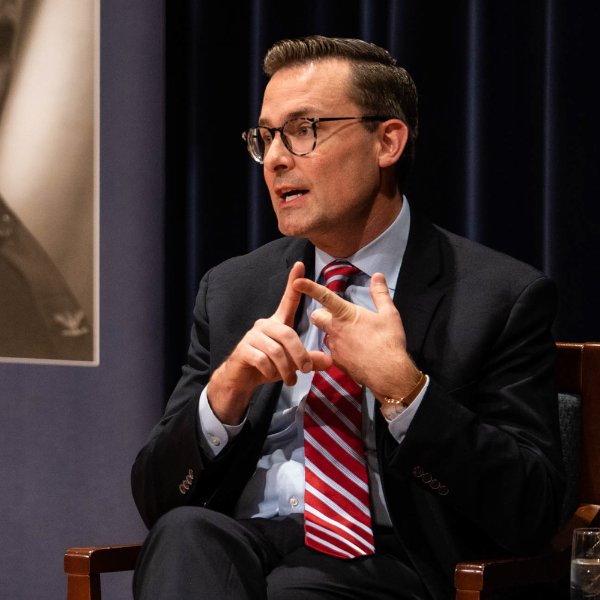