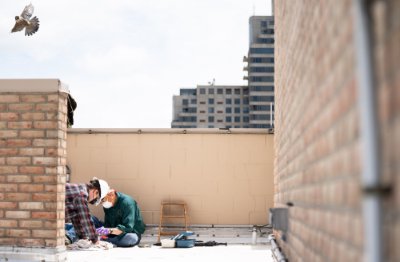 Two healthy peregrine falcon chicks were banded by Department of Natural Resources wildlife biologists June 7 on the roof of the Eberhard Center on the Pew Grand Rapids Campus.

Wildlife biologists Nik Kalejs and Don Poppe retrieved the two chicks from a special nesting box attached to the Eberhard Center. They examined and banded the chicks, which they determined to be a male and a female, while the screeching parents circled and swooped overhead.

The box where the falcons hatched was installed in 2009 by Todd Aschenbach, professor of biology, and a team of students, but there was no nesting activity until 2017. Webcams allow observers to watch the nesting activity. 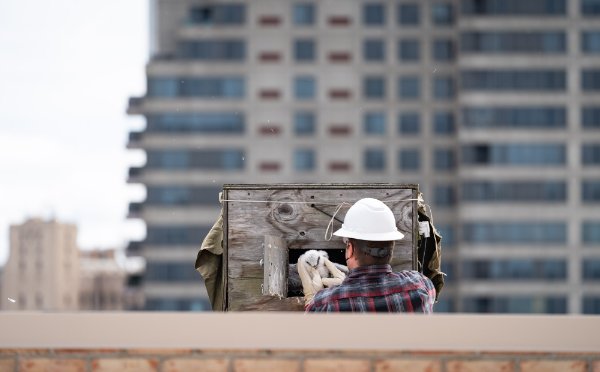 A DNR biologist pulls a peregrine falcon chick from its nesting box atop the Eberhard Center. 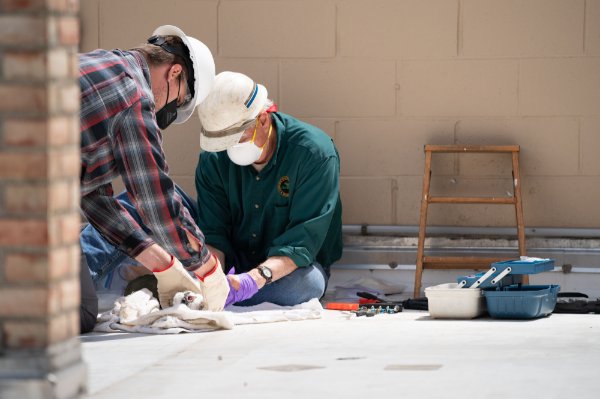 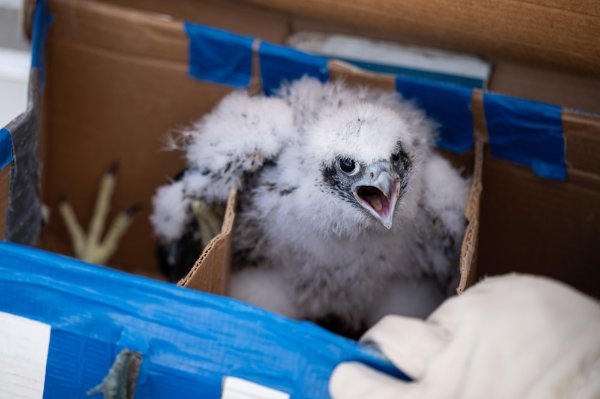 The banded peregrine falcon chicks sit in a box.

Grand Valley is a key partner in a banding program that is an important tool for monitoring survivorship for the raptors, which are listed as endangered in Michigan and threatened at the federal level, Kalejs said. The endangered designation "highlights how rare these birds are, still, but as far as recovery of the species they have come a long way," he said.

The circumstances of the nesting box this year show how precarious survival in nature can be. The same female as in previous years returned to the box this season, according to observers at grperegrines, a site that tracks the peregrine falcons in Grand Rapids and identifies birds from their bands.

But she paired with a new male this year after only one year with a male that was hatched in 2018 at the Port Sheldon Power Plant on Lake Michigan. The new male this year was unbanded, meaning he likely was born in an unmonitored setting, Kalejs said, adding that a number of places in Michigan, such as Mackinac Island and the Huron Islands, are home to peregrine falcons born in the wild.

As for the previous male's disappearance: "That's normally a mortality situation. It's a tough world out there for these little birds."

Also, this year's nest had included four eggs, but two did not hatch. Unviable eggs are a reality in these nests, but Kalejs said overall, this female falcon has been successful and productive. Last year, for instance, four chicks fledged. 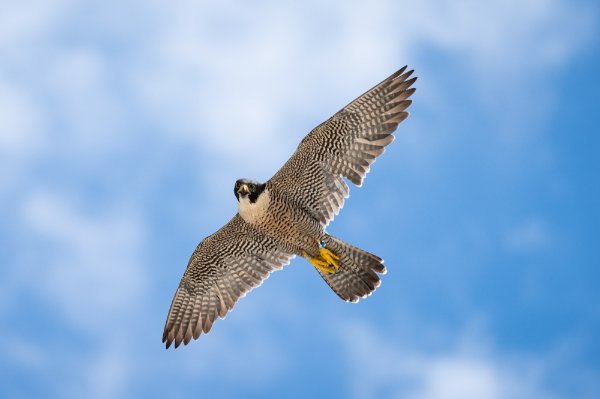 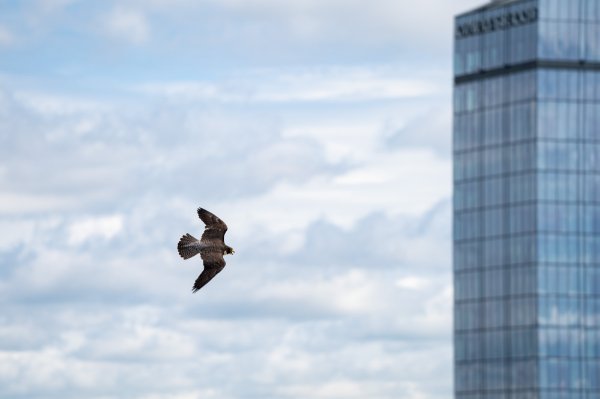 The banding took place under a watchful parental eye.

She also was appropriately protective and aggressive as she soared and swooped near the box and constantly vocalized her unhappiness while Kalejs and Poppe calmly worked with her chicks, who were born in mid May. The male also circled, but usually at a much higher altitude.

This year's chicks will fledge in a few weeks to join the ranks of fierce predators whose swoop can exceed 200 mph. The raptors are held in high regard by Kalejs, who said a peregrine falcon banding operation is always one of his favorite days at work. 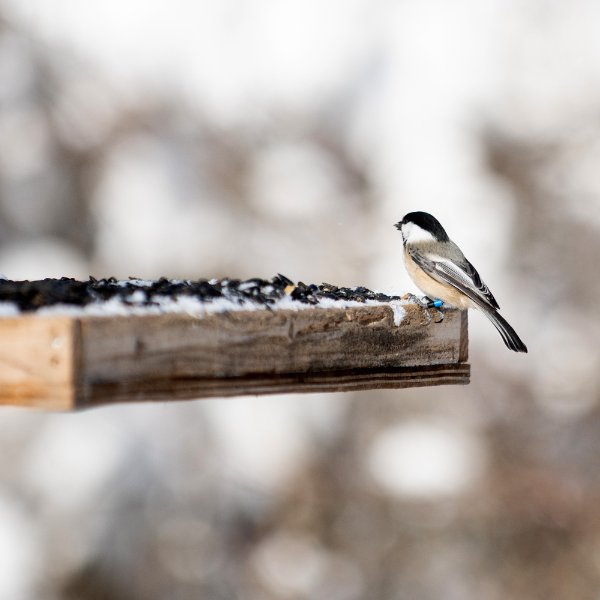