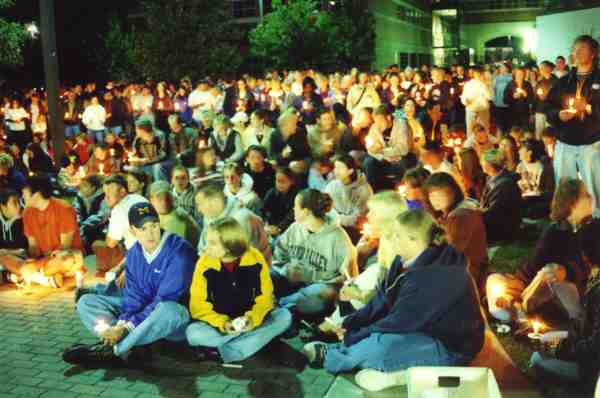 “I think our responsibility now is to call people to remember, to mark that date in history, to learn from its many impacts, and go forward in the future with a sense of hope, community, and love."

Hope, community, and love resonated across Grand Valley’s campus that day as students, faculty, and staff members united to comfort and care for each other.

Jonathan White, who retired from Grand Valley in 2019, is a national expert on the topic of terrorism and religious extremism. He is an ordained minister and former police officer. He has conducted extensive research on counterterrorism, special warfare and intelligence operations.

He was the founding director of the School of Criminal Justice at GVSU, and during his 36 years at the university he served as executive director of the Homeland Defense Initiative. In 2001, he was the dean of Social Sciences and was in a dean’s meeting on September 11.

“A student worker interrupted the meeting to tell me I had a phone call,” said White. “These meetings were very important so I knew it had to be a crisis. I said a silent prayer that my kids were OK.”

The phone call was from White’s wife, who told him about the planes hitting the World Trade Center Towers. “I knew it was terrorism and I felt sick to my stomach,” he remembered.

White did 56 media interviews in two days for outlets across the country and world. He said he wasn’t surprised the twin towers were targeted, explaining that Jihadist terrorists target something until they get it. The 1993 bomb attack by Jihadists on the twin towers was unsuccessful in bringing them down.

Following the 9/11 attacks, White was tapped by the federal goverment to travel the country and brief law enforcement officials on international terrorism. For the next 11 years, he traveled the country and internationally to Pakistan, Turkey and Europe to train police and security forces while still teaching part time. He also served as director of the U.S. Bureau of Justice Assistance’s State and Local Anti-Terrorism Training program.

“Our counterterrorism abilities are light years ahead of where we were 20 years ago,” White explained. “We have stopped dozens of attacks that have been kept under the radar. As far as counterterrorism policies — we still have a long way to go.” 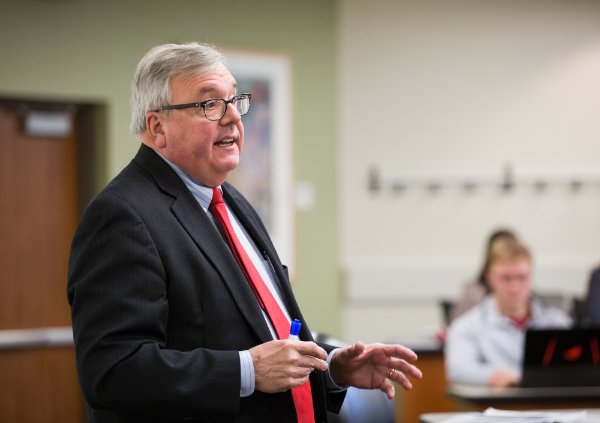 Jill Hinton Wolfe, GVSU’s military and veterans resource manager, had been out of the military for more than two years when the attacks occured.

“My immediate thought was, ‘I’m going to get called back up,’” she said. “I thought the Army would draft me back in. And part of me did want to return to serve my country in its time of need, even though I had a toddler at home.”

Wolfe did receive a call from the Army to return; however, it was on a volunteer basis. Instead, she declined the offer.

Now, she is helping guide the next generation of student veterans, many of whom enlisted in the days following the attacks.

“Working with today’s student veterans, almost all of them joined the military after 9/11 — a handful hadn’t even been born in 2001,” she said.

“These students have lived their whole lives fighting terrorism, and have a different mindset about what war means. It’s real for them. They joined for something bigger, to protect the communities and the people they love.” 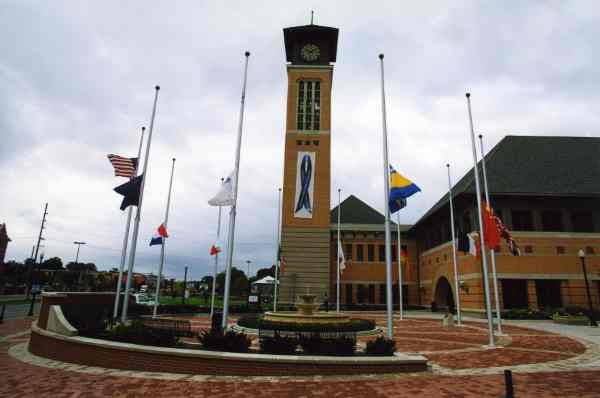 Flags were lowered to half-mast in remembrance of those killed on September 11, 2001.
University Communications Photo staff 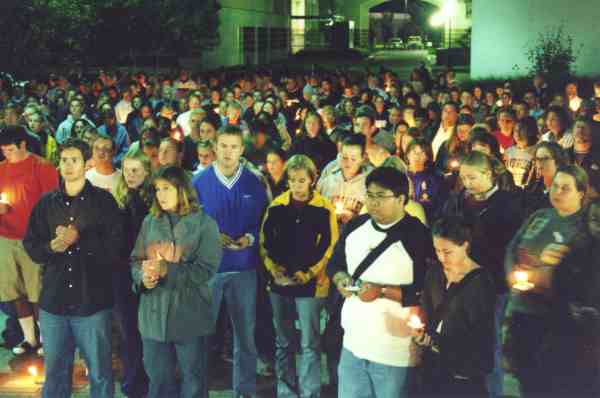 The Grand Valley community held a candlelight vigil to reflect and honor those lost on September 11, 2001.
University Communications Photo staff 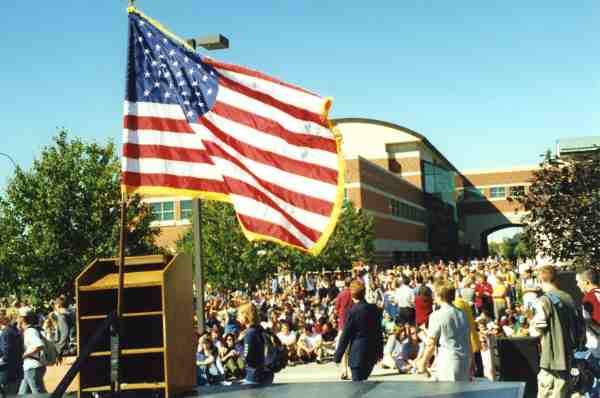 Students, faculty, and staff united for a memorial to remember those killed on September 11, 2001.
University Communications Photo staff

Bob Stoll, former associate dean and director of Student Life for 38 years, said on the day of the attacks the Kirkhof Center was being remodeled and didn’t have as many TVs as it does now.

"What I remember was trying to hustle on campus so students could have all the information they needed, even if they didn't understand what was going on,” he recalled. “We scrambled to get TVs up so people could watch what was happening throughout the day.”

Stoll said the university received calls from parents who were very concerned about their students. Bart Merkle, former dean of students, pulled in the Counseling Center, Student Life and Housing to offer resources.

"President Murray wanted to address the campus that evening, to help reassure students and make sure they felt safe,” said Stoll. “We also reached out to the Muslim Student Association to make sure there wasn't any retaliation. We are all part of the Laker family. Four thousand students attended that vigil at the Cook Carillon Tower, which acts like a town square for our campus."

Andy Beachnau, associate vice provost for Student Affairs, was director of housing in 2001. Beachnau said he and staff members worked quickly to respond to students and also find out if campus community members were killed during the attacks.

Beachnau said the vigil at the Cook Carillon Tower demonstrated the values of care and support on campus.

"A symbol of that support was a large blue ribbon that hung from the carillon tower after September 11," he said. "That banner now hangs in the Lubbers Student Services building east entrance as a symbol of our commitment and support to others. As I enter the Student Services building daily, I am reminded of 9/11 and the tremendous support the Laker community provided then and continues to provide today." 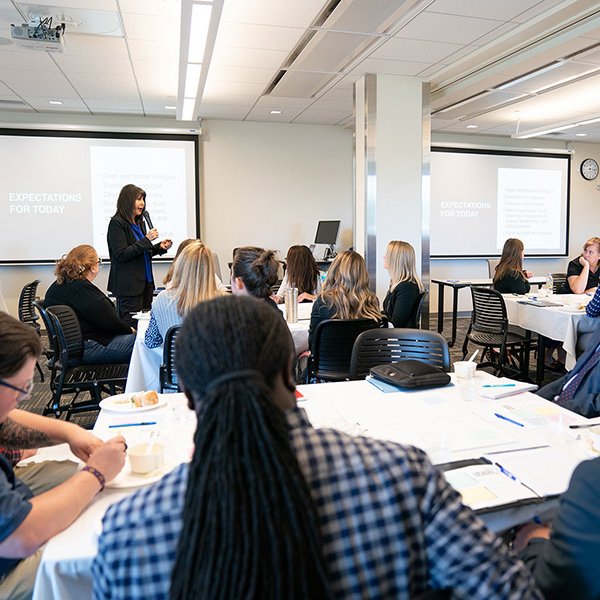 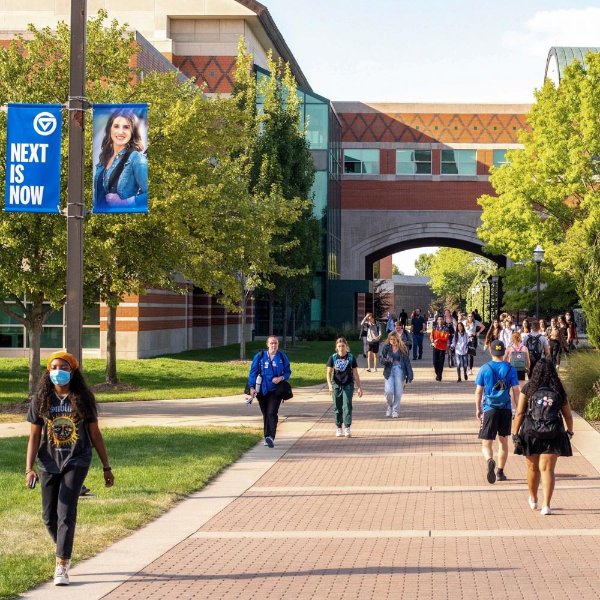 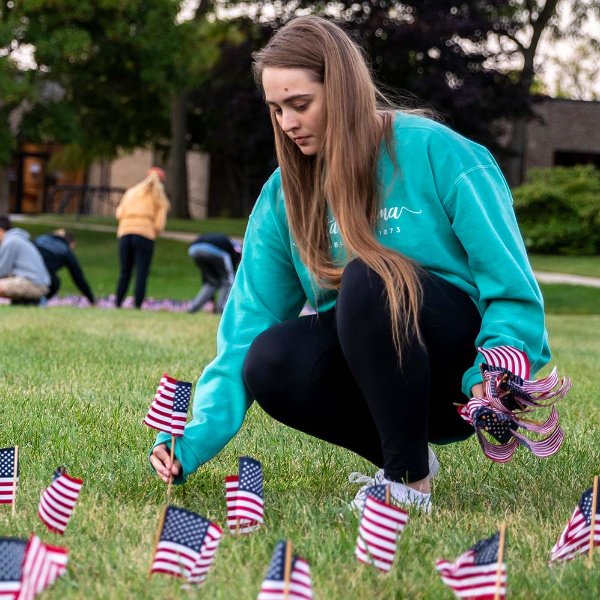